WHO WERE THE GIANTS IN THE TIMES OF MOSES? 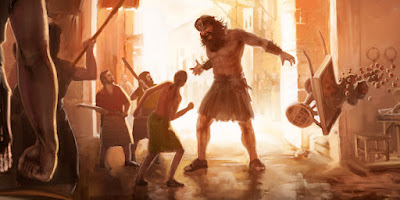 WHO WERE THE GIANTS THAT LIVED IN THE MIDDLE EAST AT THE TIME OF MOSES?

In the Old Testament, specially in the book of Deuteronomy, the Bible speaks of different kingdoms, inhabited by humans of great stature, known to the locals from even older times, and who are said to be ‘descendants of the REPHAIM’

They must have been also dispersed in different kingdoms and tribes, and were also called ANIKITES, and EMITES, among other names (Deuteronomy 2:11).

Apart from being considered only legends, there are two main theories of who these people were.

Some have suggested that these ‘giants’ were not other than tall Caucasian males who originated in ancient MESOPOTAMIA, specially in the region called today IRAN, where the ‘white race’ is supposed to have started (1).

They assumed, that not only in MESOPOTAMIA, or the area where Abraham and Moses lived, but in all continents, these Caucasians resided, of great stature and strength in comparison with the mixed races that came afterwards, of much less size and power.

The other theory, seems to indicate that these humans, were hybrid, meaning, of union between human women and angelic beings, the same way we are told in Genesis 6:4.

Or human genetic alterations, obviously made by demons, since they pre-existed the illicit union between angelic and human beings (Genesis 6:4).

Considering that these gigantic people had measures that supersede all human natural variations, even in cases of mutants, gaining sizes from 3 meters (1Samuel 17:4) to 4 meters (Deuteronomy 3:11), or even taller (Numbers 13:32-33), and that most of them had genetical mutations, like extremities of six fingers, probably in an attempt to improve on creation, in cases of delivered demonic genetical manipulation, or natural mutation through unnatural impregnation (2Samuel 21:20). It is more likely that we are dealing with mutant humans, product of deliberate alteration, or intermixing of human and angelic source.

Regardless of the origin of these people, they were humans, but mutant humans, either expressly altered once conceived by human parents, or a product of carnal union between demons and women in manner unknown to us, that naturally altered the DNA of these people.

The fact is however, that they were spread all over the planet in ancient times, not only in Mesopotamia, and that they were inclined to evil, savagery and cruelty (Genesis 6:5).

Many of ancient cultures, must have been infested with these mutants, and they may have been the responsible builders of such marvels as the pyramids, or the Nazca drawings, and the ancient animal-human mythical figures of legends, of course enhanced by the imagination and fantasy of men.

Considering their abundance among the Philistines and other primitive tribes in the area, and being their humanity so corrupted, it is not surprising that GOD ordered their annihilation even to their children, to halt their procreation, and thus, end up the corruption of the human race any further.