THE TRANSCENDENT DIVINITY OF JESUS 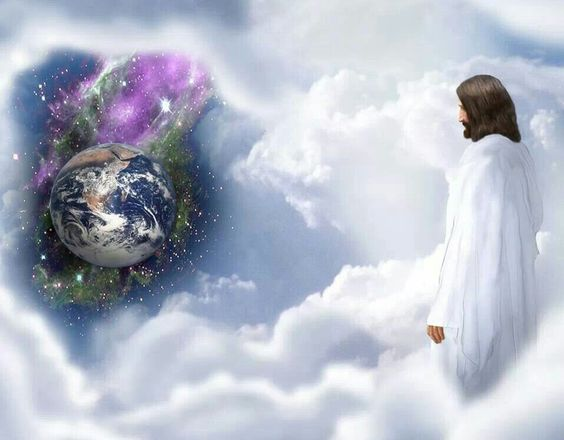 THE TRASNCENDENT DIVINITY OF JESUS

Some times studying Christology, we ask ourselves how much aware of his divinity was Jesus as a man; and where was this divinity and how powerful it was during his time on Earth.

But the Bible lets us know certain details that shows that JESUS was all the time fully aware of his divinity, but voluntarily denied Himself of his divine faculties in order to live a real human life.

But not only this, his divinity, immortal and almighty, transcended his humanity, in a way that we can say that JESUS OF NAZARETH, the man, WAS FULLY GOD; BUT…THE LOGOS WAS MORE THAN JESUS THE MAN, even though it was Him, and not another human separated from the Logos divinity.

Apart from extra-canonical books, from the authoritative Scriptures, we can know that JESUS was fully aware that GOD YHWH was his Father, and was fully aware of his mission (Luke 2:49).

Apart from declaring his own identity and mission in Luke 2:49; JESUS was fully aware of God’s testimony when at his baptism, GOD YHWH called Him:

Furthermore, his apostles declare it openly, which indicate that JESUS must have been aware of that all along (Philippians 2:6; John 1:1).

THE DIVINITY OF JESUS

Through biblical revelation we have come to know that Jesus of Nazareth was more than the man He showed to be. He was an ‘Avatar’, or in common language, the INCARNATION OF GOD.

Many times we also have heard ISLAMIC sources, as well as some ARIAN ones, claiming that Jesus could not be divine, because the immensity of GOD cannot be contained in a human body. As the Scripture itself says, ‘YOU CANNOT SEE MY FACE, FOR MAN SHALL NOT SEE ME AND LIVE’. (Exodus 33:20).

That is correct, but also is true,  that as GOD cannot be contained in one place only, his presence, his essence, is everywhere at the same time, through times and spaces, not in parts, but totally.

Since nothing exists outside GOD’s control, and never will; GOD is present everywhere, at all times, in every space of the universe, created and uncreated yet.

BUT also, as GOD is ONE, He cannot divide Himself into different parts, but He is present wholly into every angle or piece of the universe, so much close to a microbe, as lions, and humans, and elephants, as well as to angels, of all levels, and not one by one, or one at the time, but wholly, at all times to every single created and animated creature that exists, ever existed or will exist.

One of these examples is in the coming of the HOLY SPIRIT in Pentecost.

THE SON OF GOD WHO IS IN HEAVEN

In the Textus Receptus, we all have a declaration of Jesus:

“And no man hath ascended up to heaven, but he that came down from heaven, even the Son of man which is in heaven.”

According to this text, never contested or rejected by anyone in history, except now by unbelieving revisionists, Lord JESUS declares to Nicodemus, that no human has ever seen GOD in reality, not even Moses, except Himself, the ‘Son of Man who is  Heaven’, while He was on Earth speaking to Nicodemus.

God incarnated into a human male, fully and wholly, and became who we know as JESUS OF NAZARETH.

Nevertheless, even while GOD was incarnated, the divinity transcended the humanity of Jesus, and continued existing everywhere at the same time, so much, that while GOD existed and looked through the human eyes of Jesus, the Logos was also in Glory, listening and attending as He always did, to the cries of all humans, dead and alive.

Jesus was fully GOD, as well as human. But GOD, was more than just Jesus of Nazareth.

It is true that God became human, but is also true that the divinity could not be held only in the humanity of Jesus, but remained always present everywhere.

It is not that the divinity was reduced to a human being, but the humanity was absorbed in the eternal divinity.

That is why Jesus knew as God, things He ignored as a human, and that He died as a man, holding the sins of all humanity as a perfect man, while his divinity remained untouched of death and sinfulness.