AND HIS NAME SHALL BE CALLED 'EMMANUEL' 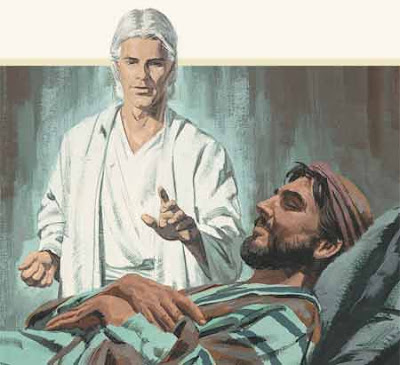 AND THEY SHALL CALL HIM ‘EMMANUEL’

18Now the birth of Jesus Christ took place in this way.

When his mother Mary had been betrothed to Joseph, before they came together, she was found to be with child from the Holy Spirit.

19And her husband Joseph, being a just man and unwilling to put her to shame, resolved to divorce her quietly.

20But as he considered these things, behold, an angel of the Lord appeared to him in a dream, saying,

“Joseph, son of David, do not fear to take Mary as your wife, for that which is conceived in her is from the Holy Spirit. 21She will bear a son, and you shall call his name Jesus, for he will save his people from their sins.”

22All this took place to fulfill what the Lord had spoken by the prophet:

23“Behold, the virgin shall conceive and bear a son, and they shall call his name Immanuel”

We don’t know how old Mary was when the angel Gabriel announced her the conception of Lord JESUS; but she must have been anything between 12 to 15 at the time, the usual time for virgins to be given in marriage.

We also don’t know exactly how old Joseph was, but he must have been a self-sustaining adult, much older than Mary, and capable to keep a family and travel alone, as he did later in the census, and three years later by scaping to Egypt (Matthew 2:13).

There is nothing in the Scripture to suggest that there was anything special in these two people before the conception, but by inference we know they were chosen before birth for this purpose (Luke 1:15), filled with the Holy Spirit from before their birth and therefore holy, both of them. And so, they were engaged for marriage (betrothed).

Suddenly, Mary must have told Joseph that she had become pregnant by divine power.

Joseph did not believe her, so he decided to divorce her quietly, hiding her supposed guilt so that she could not be stoned to death for adultery. If someone else had known this before Joseph, it would not have matter for him to leave her in secret otherwise. But apparently nobody else did, so Joseph out of mercy, decided to just divorcer her under any excuse or change of heart, making himself looking bad, but saving Mary’s life.

ALSO, it must be noticed here, that being the betrothal customary from 9 months to 12 months at the time, to prove the virginity of the bride before their physical union; it is assumed then that Joseph was probably a widower, since he took Mary while she was pregnant, as soon as he was told by the angel she had conceived by the HOLY SPIRIT, which was only allowed in cases when one of the partners was a divorcee or a widow/er (1).

With this decision taken, Joseph went to sleep, but by God’s mercy, he was told by an angel that Mary had said the truth; and that the child in her womb was conceived by the power of HASHEM, and that he should not worry, Mary was a virgin still and had never been unfaithful to him. Joseph was told also that they should name the newborn child, ישוע (YESHUA), or in Greek form here, JESUS, which means “YAH SAVES” a short form of ‘YAHWEH SAVES”, making clear that through Him, GOD ALMIGHTY will be saving humanity of their sins.

Thus, the faithfulness of these two servants of God became manifested, and the words of prophet Isaiah 7:14, were fulfilled as a Messianic prophecy that day.