A DETAIL IN THE BIRTH OF JESUS 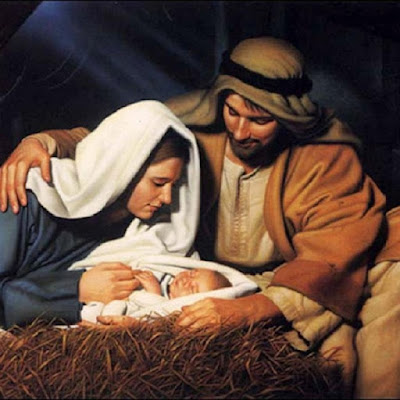 ONE PARTICULARITY IN THE BIRTH OF JESUS

Our Lord JESUS CHRIST, by being the SON OF GOD, already can be said of being of a unique nature, that even though He became a human baby, He was not begotten, neither born like a human in every sense.

And one of these particularities was that his human birth, even though it must have lasted the full nine months of gestation, and came to happen in a natural way, and not in the fantastic manner that later tradition attributed to his holy birth by saying that Jesus was born ‘like a beam of light passing through a glass’, and that Holy Mary remained virgin during and after delivery (1); other details somehow have been over looked by Reformed Christology, and one of this, is that JESUS’ birth was totally painless.

FREE OF ALL SIN

Painful birth delivery was part of God’s punishment for the Adamic fall, imposed on women, as a memory of Eve’s default:

“To the woman He said:

“I will surely multiply your pain in childbearing;

in pain you shall bring forth children”.

As the hymen brakes, as the hips enlarge as the new born comes out, it must necessarily cause discomfort, and this is the degree of ‘pain’ the Bible refers to in Genesis 3:16. But painful suffering by bringing life to Earth, it was not part of God’s design for humanity. This completely natural process became painful as a punishment for Eve causing the fall of humanity.

But Jesus was free from all Original Sin.

Jesus incarnated as a pre-fallen human, like Adam was when he was created, and He was also divine.

As a perfect human being and God, Jesus could not be subjected to the same punishment given to humans after the Fall. He could not grow old, He could not get sick, He could not die of natural causes. He was immortal like Adam was. And He could neither suffer, nor cause suffering to his mother during his gently birth.

Angels announced the birth of Jesus, and the Heavens announced the incarnation of its Creator (Luke 2:10-11; Matthew 2:1-2). This alone should hint the special event of his birth, unusual in every sense.

JESUS born untouched by the consequences of sin. So much from the fall itself, as from the punishments that followed, and one of them was not to be a pain in Himself to anyone, except in those who rejected Him.

JESUS birth was a natural birth, and took away with Him, Mary’s virginity as a silent sign that HE went through it. But it was gentle, free from all even natural discomfort, as it is suitable to God’s human birth, and specially, because He was untouched by all punishment imposed on human life after the Fall.

Catechism of the Catholic Church, 499.