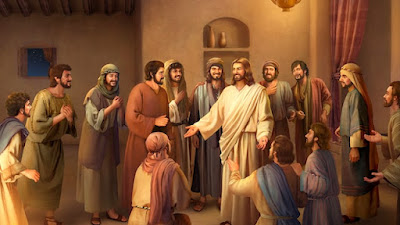 WE ARE FOLLOWERS OF WHOM?

In the first chapter of First Corinthians, St Paul speaks of certain division that consumed this Greek congregation, and that needed urgent attention, because it threatened the unity of not only this congregation, but potentially also the unity of the whole universal church.

It seems to be that the congregation, most probably at the instigation of false teachers were divided in every aspect of Christian doctrine and moral, as it can be seen throughout the whole letter.

Disagreements about who were true apostles of Christ (1Cor 4:1-5); about marriage and singleness (1Cor 7:1-2,17); about Idolatry (1Cor 8:1-2), about the Lord’s Supper (1Cor 11:17-19) and many other things, had the church divided in different parties, and that, specially in the absence of their founding father, St Paul (1Corinthians 4:15), all had taken sides waving their adherence to each apostle, as they understood their doctrine, since none of them were present there, so the original unity of the church at Corinth became threatened, divided in different bands under the name of each ‘apostle’ according to their preference (1Corinthians 1:10-12; 3:4-5).

One of the interesting points which is overlooked often, is the specific mention of Peter or Cephas as one of the parties (1Cor 1:12).

If St Peter would have had the first place in the Church, of if he had been ‘the Rock’ over which Lord JESUS established his Church.

Or if Peter would have been infallible, as some consider him to be, the mention of his name would have been useless, because all would have believed in themselves, to have been following Peter, apart from their own preference in other leaders.

His mention as only one more among the others, means that in the mind of Christians of the first century, Peter or Cephas as it is called here, was not more than just a common apostle, without any authority or special gift separate from the other 11, and specially, by opposing other apostles to his name, it proves that they considered Peter to be fallible, even in matters of the faith.

But apart from this, there is an even bigger doctrinal point that passes out attention, and that is, that as much divided as that congregation was, they still were all considered ‘Christians’ and children of God (1Corinthians 1:30).

In the same way today, once the first twelve passed from us into Glory, Satan again impressed doubts and disagreements in the Church of God, but this time he succeeded, because there wasn’t anyone on Earth who could claim divine sanction to be maximum authority in matters of faith. The lack of authority was so great, that not even councils or claims of Papal infallibility stopped the schisms.

But through all this smoke of words, actions, accusations and murders ‘in the name of god’ that Christians caused to each other, the words of Paul continue crying from silence:

He never said that a theorical examination was going to happen before we enter in Glory; or that we have to agree to a certain number of points before being forgiven and born again.

LORD JESUS only proclaimed faith in Him as the Son of God, which included to obey everything He commanded us, which was mainly moral, and repentance from a life lived away from God’s will (Matthew 4:17; Mark 1:15).

And even when Lord Jesus Himself commanded his apostles to baptize, Paul said that Jesus “did not send him to baptize but to preach the Gospel”, which means, that the only thing that saves us is the mercy of Jesus, from which baptism takes its value from, but also, that without this faith and repentance in Jesus previous to it, Baptism itself is useless

Salvation is based on a personal relationship with Jesus of Nazareth, by acknowledging Him as the Son of God, and as the promised Messiah who gave his life as payment for all our sins; and submission to Him for eternity after having confessed our sins to Him in repentance (Acts 2:38) and nothing else.

Baptism must follow, but not without personal faith, otherwise is pointless, because is a solemn and sacred ceremony of an eternal pledge to God in Christ, based on his death and resurrection, to resurrect spiritually from a life of sin to a new life in Jesus (Colossians 2:12).

Nothing else is necessary, theoretically that is.

We must honor that commitment by living a holy life according to God’s will, or at least try and desire to live holiness, and struggle in the process, but that is morally, not theoretically. Because, even if we do not do this. If we disdain God’s holiness and continue practicing sin without repentance, all our theoretical admission of Jesus’s lordship in our lives will be counted as vain when we die, and we will be condemned together with all enemies of Christ (1Corinthians 10:1-6).

In the old days, ISRAEL divided in Israel and Judea, one more heretic and immoral than the other, but both were seen by GOD YHWH as ONE, all children of Israel.

In the new days, Christians divided into a thousand branches, but as long as they bent their knees to JESUS and submit to Him as their Lord and Savior, GOD YHWH still sees them as his children, followers of his beloved Son Jesus.

When we die, or when Jesus returns to Earth, then our Lord will call us all together and sort things out with us, explaining to us things that we did not understand during our earthly life

If a Mormon, a Jehova’s Witness, a Catholic, an Orthodox, an Anglican, Lutheran, Baptist and even a Unitarian or a free lance evangelical who meets up in a cave, if we all are into a single room, yelling and insulting each other, by principle, all will be silent and fall on their knees if Lord JESUS CHRIST will enter that room. Because to all of them, to all of us, HE IS OUR LORD, and we will listen to what He says, and in a second will recant all our errors and accept what He says without doubting a word.

This is how JESUS see us.

That is why Paul spoke to all these Corinthians as his children and as Christians still, even when they denied fundamental doctrines, like the second coming or the resurrection of the dead.

Because all were washed clean and saved for the Father, through the HOLIEST PRECIOUS BLOOD OF OUR LORD JESUS, BE BLESSED FOR EVER.