IS DOCTRINAL UNITY GUARANTEE OF TRUTH? 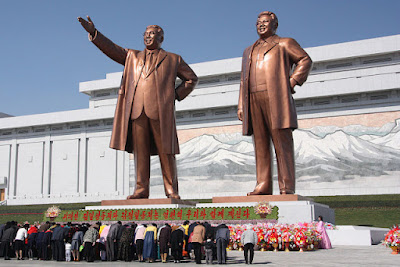 IS DOCTRINAL UNITY GUARANTEE OF THE TRUTH?

In Christianity, the denominations that have maintained and still keep a solid doctrinal unity, are only three in History:

THE CHURCH OF JESUS-CHRIST OF LATTER-DAY SAINTS – (Mormons)

These institutions, from oldest to the newest, have displayed a monolithic unity in doctrinal as well as in organizational level, incomparable with any other institution on Earth, not even the Armed Forces of any country.

But these same three churches, are totally incompatible in doctrine with one another, adding to the perplexity of this social phenomenon.

The Roman Church is the most traditional of all of them, remaining faithful to 1700 years of traditional Christian teaching. The Mormon Church is polytheist and has more in common with Free Masonry than with the Bible, proclaiming as well faith in another book, called ‘The Book of Mormon’. And the Jehovah’s Witnesses are modern Arians, rejecting totally the divinity of Jesus and the personality of the Holy Spirit.

However, not a leave moves within these churches, unless reviewed and approved by their supreme councils, either from the Pope and the Congregation for the Doctrine of the Faith in the Vatican; the President and the Quorum of the Twelve in Utah; or the Anointed Government Body in Brooklyn.

From Missions to Sunday services readings, money offerings, book printing, etc.; all marches in homogenous unity in all these three denominations.

But this unity, it is not a sign of peace neither truth.

Their unity is fictitious, because is based on blind acceptance of what the leadership decides for everyone, who are also the recipients of all benefits collected at local level, which is later redistributed according to their needs, in a strategic manner. And whoever does not agree with them, is cast out and forgotten.  This way, the remnant that stays back, give the impression of perfect monolithic union, because nothing is said about those who daily dissent from those institutions.

The Roman Church, the Mormon Church and the Jehovah’s Witness pretend to have this unity, based on repression at local and educational levels from all dissenters, and because each of them holds to three totally different doctrines, their unity cannot be a sign of truthfulness, but on the contrary, of human oppression, very much like the monolithic political unity of North Korea.

On the contrary, the genuine Christian communities, vary constantly, not because their doctrine may change, since the Gospel is one and immutable, but is our minds who deepens and progress in our understanding of Scripture, as we slowly walk every day in sanctification, ‘until we all attain to the unity of the faith and of the knowledge of the Son of God, to mature manhood, to the measure of the stature of the fullness of Christ’