DIFFERENCE BETWEEN A TEACHER AND A THEOLOGIAN 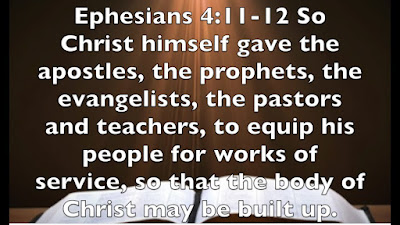 DIFFERENCE BETWEEN A TEACHER AND A THEOLOGIAN

The Bible mentions the ministry of ‘Teacher’ among other four, which the Christian church has been given “for building up the body of Christ, until we all attain to the unity of the faith and of the knowledge of the Son of God” (Ephesians 4:11-13).

Whether we believe or not in the currency of these five ministries, the fact is that the office of Teacher has always existed, and has been the main responsible for the continuation of the doctrinal component of Judaism and Christianity through the ages.

Even though these days, and for quite some time this labor is called ‘Theology’ and the ones who practice it are called ‘Theologians’, the purpose remains the same, the safe keeping, passing on, and explanation of the doctrinal deposit of the faith to the whole universal church.

As modernity came on, general instruction on Theological studies has been extended as a free course, and included as central topic in the curriculum of all pastoral academic instruction across all denominations.

However, the concept that this is a divine gift and not a learned discipline has been left behind, and specially darkened by the new ‘theologians’ with modern and liberal academic instruction, presenting thus, theological knowledge as a human born discipline.

According to the Bible though, the office of Teacher or Didaskalos (Διδασκάλους), is an office of instruction, which includes the preservation, passing on to the next generation safe guarded the doctrine received, and the explanation of this doctrinal contain to the whole Christian community all over the planet.

The Bible calls this office to have been ‘given’ or ‘bestowed’ by divine will, which makes it a ‘gift’ (Ephesians 4:11). And if it is a gift, granted to the universal Church with a specific purpose, it is assumed that this gift grants a special talent to the recipient to make him understand the sense of Scripture, or discern the real intention behind the revealed sentences.

But these things cannot be learned.

It would be the same as to say that a painting academy can make a painter.

Painting is also a gift, which God has granted to some and not everyone.

Natural painters, like Davinci, Michael Angelo or Monet, are born with the manual flexibility and ability to see and catch forms, curves and balance, and can paint naturally even before receiving any formal instruction, or know anything academic about painting. The same with natural novelists, who can write marvelously even without knowing anything about grammar. The same things happen with Teachers or Theologians.

A Christian not called to be a Teacher can go to study Theology, and learn about History, Theological currents, become familiar with theological concepts, and also become well verse by reading all other theologians in existence, but his knowledge will remain totally human made, unable to think for himself/herself, submitted always to the analysis of others. He may even be able to build complex theological arguments, based on an overall analysis of other theologian’s ideas, but always will be afraid to dig deeper by himself of what has been already been explained in books and academic instruction.

A gifted Teacher, on the contrary, will feel attraction for theology and spiritual gnosis from as soon as he gets to know the Scriptures, and be able to see, distinguish and understand concepts and motives behind the Scripture, and even memorize entire sections of the Bible. All without receiving any formal instruction on theology and from early age.

After receiving formal academic instruction, a Teacher will learn exactly all the human knowledge another student does, but will see things pass beyond the books to the point to give without fear his own opinion, well and solidly based, and even contradict other made theologians, to the horror and surprise of other non-gifted believers. They also will write or speak about issues that when read or listened by others, they would be unable to be understood, very much like a common man does not understand a Picasso or a Dali’s.

Today, the Church is at the mercy of all winds, some from God, and some not. And there are not even true Christians in charge of her theology like William Hamilton, Paul Van Buren or Paul Wallis; but God also has his own divinely ordained Teachers in the world, who from their corners, either officially acknowledged or not, preserve, pass on and explain the deposit of the faith to the whole Church of Christ, because God will never be displaced from his own creation.