HOW SIMILAR TO US WAS JESUS? 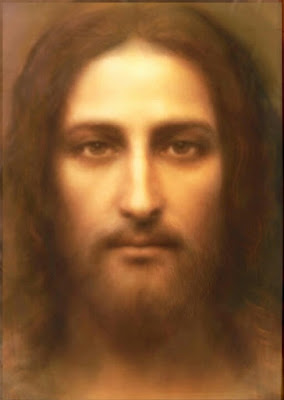 HOW SIMILAR TO US WAS JESUS

All Christian creeds, catechisms and text books of Theology declare that Lord Jesus incarnated as a human being, and that therefore, He is fully human as we are, and that is why He can understand our weaknesses because He was tempted and fell the same way we humans do.

Nevertheless, they also admit that He was God, but that his divine nature was voluntarily kept at margin from his everyday life as long as He was on Earth, so that only his humanity was tempted.

However, dogmatically we all agree without exception, that Jesus was free of sin and perfect in every way. How then can we say that He is “the same as us”?

JESUS was human, but NOT the ‘same’ as us.

Jesus had no human father, but GOD YHWH as progenitor (Luke 1:35).

By these two facts themselves, it is clear that JESUS was more than just a common man.

For having GOG ALMIGHTY as literal Father, spared Him from natural sinfulness which affects all humans, therefore, He was never enslaved to sin, never experienced urgency to commit sinful acts, as we do (Romans 6:6; 7:15-20), therefore, He could never experienced temptation with the same strength a person enslaved to sin could experience. It would be the same thing as to say that a non-addicted person can experience the same attraction to heroin as one who is already addicted to it. JESUS had no concupiscence.

The second point is that even though his humanity was potentially able to sin, JESUS was also divine, and his humanity and divinity were enclosed in one single mind, not two. Therefore, even though Satan tempted Him in ignorance of his divinity, JESUS was really unable to fall into sin, into that impossible contradiction that would have led to the impossible negation of Himself, between his humanity and divinity. JESUS when He became human, was born perfect, without sinful nature, and not only unwilling, but unable to sin.

HOW THEN IS THAT HE WAS THE ‘SAME AS US’?

The Bible declares that Jesus was made the “same as us” in nature, not in sinfulness, meaning, in the condition that Adam was made in Paradise, perfect and immortal (1Corinthians 15:45; Hebrews 4:15).

JESUS incarnated as a human, to share in Adam’s human nature, but sinless and perfect, made directly by GOD as Adam was, without a human father, before the fall.

The same as Adam, JESUS was unable to age, get sick and was immortal. That was the only way He could replace with total perfection, the total deficit that Adam left for us with his sin; and that is why JESUS declared that ‘nobody could kill Him, but that He willingly gave his life to death’ (John 10:17-18) and that He could take it back whenever, showing that even in death, He remain as such willingly, and not because He was ever unable to resurrect at will. That is how He conquered death, because He was stronger than death itself (Revelation 1:18; 1Corinthians 15:55).

HOW THEN HE CAN UNDERSTAND OUR WEAKNESSES?

JESUS understands our weaknesses because HE is GOD. Not because He participated in our sinfulness.

He also understands our weakness in part because by sharing our human nature, even though He was sinless and unable to sin, He felt the temptation of Satan the same was Adam felt it, but did not fall into any of Satan tricks. But it is through his divine wisdom and adamic temptation experience that He could understand the worst feeling that creeps on all humans when once sold to sinfulness, we experienced as a fallen humanity.

And finally, the Bible says that He understands our temptations and weaknesses (Hebrews 4:15), not because He experienced sin in a fallen condition, but because by common grace, the same grace that keeps this cursed planet (Genesis 3:17) rolling and to remain inhabitable, is the same grace that assists all of us in the moment of temptation, to be able to potentially reject sin by our own will, since this grace covers us and puts us into the same level of Adam before the fall. Therefore, every time we fall into sin, we are guilty, which would not be the case if it really was totally impossible for us to deny sinfulness beyond our power.

Jesus was made one of us in essence but no in accident; meaning that He was made human, but in the perfect condition Adam was, free of original sin and perfect and immortal in every way, but never in our posterior fallen state, where our nature is subjected to sinfulness inside us.

And He was tempted in every way as us, not because He had evil in him (James 1:14), but because all humans are tempted as Adam was, not because we are free of sin, but because we are shielded by God’s grace from our own sinfulness, every time we suffer temptation, so that we could deny sin if we really want to, falling thus, if we fall, in a total personal responsibility, which could not be the case if we were unable to say No, to sin.