THE SEVENTY WEEKS OF DANIEL 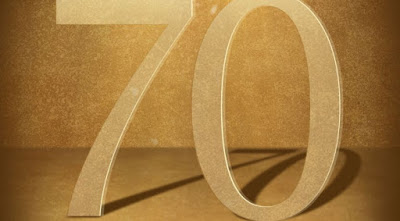 THE SEVENTY WEEKS OF DANIEL

The chapter 9 of the book of Daniel contains a detailed prophecy of a summary of the history of Israel, and by extension, of the whole world, dating from the time of the return of the Babylonians captivity, until the second coming of Jesus.

From verses 24 to 27, we have the following prophecy:

“24 Seventy ‘sevens’ are decreed for your people and your holy city to finish transgression, to put an end to sin, to atone for wickedness, to bring in everlasting righteousness, to seal up vision and prophecy and to anoint the Most Holy Place.

25 Know and understand this: From the time the word goes out to restore and rebuild Jerusalem until the Anointed One, the ruler, comes, there will be seven ‘sevens,’ and sixty-two ‘sevens.’ It will be rebuilt with streets and a trench, but in times of trouble.

26After the sixty-two ‘sevens,’ the Anointed One will be put to death and will have nothing.

The people of the ruler who will come will destroy the city and the sanctuary. The end will come like a flood: War will continue until the end, and desolations have been decreed.

27He will confirm a covenant with many for one ‘seven.’

In the middle of the ‘seven’ he will put an end to sacrifice and offering. And at the temple he will set up an abomination that causes desolation, until the end that is decreed is poured out on him.”

THE VALUE OF SEVEN

Traditionally, the number “7” in prophecy has been taken as meaning years in chronological measure, because it is the only possibility within reasonable examination.

In Daniel 9:24-27, the expression “Seventy Sevens” or “Seventy Weeks” can only mean years, because if they were days, in this case 490 days, nothing of what the prophecy said would have been fulfilled.

If they had been decades of years, meaning 70 times 70 years, it would have given a total of 4,900 years, which would already surpass the time of any of the details provided in that prophecy, let alone any greater value to the amount called “seven”.

But if we value the number ‘seven’ as day per year, we fall into historical events that give significance to Daniel’s prophecy.

Giving every seven the value of a year per day, ‘Seventy Sevens’ or ‘Seventy Weeks’, gives a total of 490 years for the total fulfilment of the prophecy (v.24), from the time of the order to rebuild Jerusalem until the death of the Anointed One or Messiah

The total of 490 years given are divided in three sections:

There are two first lots, or ‘Seven Sevens’ AND ‘Sixty-Two Sevens’ given one after the other without separation, which will cover the period from when the order was given to rebuild Jerusalem until the death of the Messiah, giving a total of 483 years. But because they are mentioned in two lots (49+434), and not one, each lot must have a different meaning.

1 - SEVEN SEVENS: Or 49 years, which is the time given to finish rebuilding Jerusalem and the Temple, from the moment the project was approved by the King of Persia.

2 - SIXTY TWO SEVENS: Or 434 years, from the time when Jerusalem and the Temple were finished to be rebuilt, until the Messiah will be ‘cut out’.

3- SEVEN: Or 7 years. A powerful ruler who after making a truce with Israel, will at the half of that time (3.5 years), desecrate their temple, stop their sacrifice, and he will set up ‘an abomination’ in that temple instead, until the end comes to him.

We have then, three periods clearly defined,

The Restauration of Jerusalem = 49 years

From that time until the death of the Messiah = 434 years.

Things to considered is how many days exactly had the Jewish year at the time of the prophecy, in order to give a modern value in Solar years to those years given in lots of ‘seven’.

There were four edicts given from Persia to start populating Jerusalem by the Jews. The first one ever, and most likely to be consider, was the Edict of Restauration, given by King Cyrus around 539 BC. But that date would overflow the time length given to history. But if we consider the last decree issued by King Artaxerxes, which is assumed to have been given in the year 444BC, that would fit most likely within the time frame given by Angel Gabriel.

The discrepancy of 7 years will be wiped by the conversion of 470 lunar years, minus the 444 solar years of modern history, and the dating error of 3 years in the birth of Christ in modern history; bringing us to approx. the year 33CE, which is the year in which modern history considers the crucifixion of our Lord took place.

THE PACT OF SEVEN YEARS

This is assumed to be the Antichrist, who will destroy the modern capital of the State of Israel and the third Temple, after having signed a treaty with Israel of seven years, lunar or solar, regardless. At the middle of that period, the Antichrist will stop the Judaic religion, and prophane the Temple of Jerusalem, until his destruction by Christ.

Due to the lack of specific detail, and the insecurity of the dating from periods pass two millennia, this prophecy has been interpreted in different ways through history, all making more or less sense, depending on the point of view.

Jews, who interpreted this prophecy before Christians did, have a difference in chronological calculation, and place the 490 lunar years as ending in the destruction of Jerusalem by Titus in the year 70CE, which is also shared by many Christians. They also give the name of Anointed One to PHANNIAS BEN SAMUEL, the last High Priest who died during the destruction of the last Temple in the year 70CE.

All ideas are as far as now, just theories, but to us Christians, the prophecy is Messianic because speaks highly of the Anointed One, and falls within the time period given (with acceptable margin of variability) on Jesus of Nazareth, considering the conversions from the ancient Jewish calendar to the modern Gregorian Calendar, and the margin of error of historical secular dating.

However, the great lesson of the prophecy is that there will be 49 years from whenever the order to rebuild Jerusalem was given by Persia until Jerusalem and the second temple are rebuilt.

There are 434 years from the end of the rebuilding of Jerusalem and the Second Temple and the death of the Messiah.

Since the total date of 490 years is given initially to ‘to finish d transgression, to put an end to sin, to atone for wickedness, to bring in everlasting righteousness, to seal up vision and prophecy’ (v.24), which none of that happened in the year 70, be Jesus or Phannias, the Anointed One, we can only conclude that this last seven years extends to the end of times, since it is impossible to place it in any other time in history.

This last ‘week’ or seven years, will occur at the end of time, existing a gap between the first 483 years, and the last 7 years of the 490 years initially mentioned in the prophecy. Only then, Jesus in his second coming will end sin forever, and ‘EVERLASTING RIGHTEUSNESS’ will come to Earth.