DID THE BIBLE COME THROUGH INSPIRATION OR REVELATION? 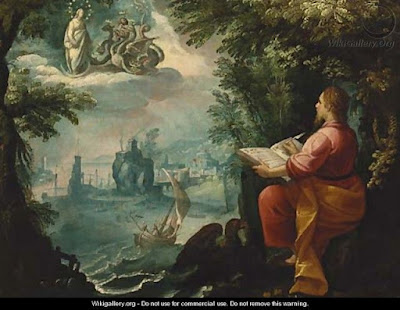 DID THE BIBLE COME THROUGH INSPIRATION OR REVELATION?

In more than one opportunity we may have listened the word ‘Inspiration’ as the channel through which the Scripture, so much the old as the New Testament came to the Church. Indeed, that is the established opinion of most Christians today.

However, ‘Inspiration’ according to the Encyclopedia Britannica, is described as:

“Something that makes someone want to do something or that gives someone an idea about what to do or create: a force or influence that inspires someone”.

Commonly understood, this concept speaks of the divine ‘drive’ the authors of the Bible felt, that moved them to write their books. But theologically, is considered the force of the Holy Spirit that gave ideas and the urge to the prophets to write them, being guided providentially by God, in order to express the truth God wanted to communicate to humanity, free from error, and not more, neither less of what it was God’s desire. But at all times, respecting the free will, and the human author’s freedom to communicate these thoughts and feelings in their own language and style.

But Divine Inspiration of the NT, definitely means a lot more than just ‘thoughts and feelings’ left to human decision. (1)

HOW WAS THE BIBLE REVEALED TO MEN

From internal evidence, we are told that Scripture came to humanity by

Never human. Meaning that it was God who took the initiative to reveal to us, his will for our salvation.

The authors were preserved from errors or mistakes, so much in the contain as in the manner in which they transmitted the divine message. They did not commit mistakes neither in theology, or in philosophy, neither in human science, like history, geography, or any other affirmation that they made, during the process of expressing the Divine message.

They were, as Peter says, ‘carried’ by the Holy Spirit.

It came through direct messages from the Spirit of God to the prophets, which surpassed their own knowledge, and style, to reflect exactly what GOD wanted, in the manner GOD wanted to express it.

THROUGH VISIONS AND DREAMS

GOD also presented vivid visions and dreams to communicate his message already prepared to be expressed, through angels or voices, to his servants. This cancelled all liberty to express the message as they wanted or interpreted it. The prophets transmitted the message exactly as they heard it, without errors or mistakes.

THROUGH DICTATION AND SELF-WRITING

Finally, God dictated revelation to his prophets, like to John in Revelation, and the Ten Commandments to Moses; or other times He wrote Himself what He wanted to communicate. In these cases, also, no ‘personal’ attributes of the messenger were used, since it was entirely God, word by word, who wrote or dictated the message.

The Bible came to the world, through Revelation, or Ἀποκάλυψις, which includes all the manners which we have mentioned above; visions, prophecies, dictations, self-writing, dreams, and inspiration; in such a way, that the human limitations of the writers were surpassed by the Holy Spirit, in order to express everything GOD wanted to communicate, NO MORE, NOT LESS, AND EXACTLY IN THE MANNER GOD DESIRED.

Therefore, no mistake is admissible in any part of the Scripture, neither in doctrine, or any other natural scientific affirmations it contains, including Chronology, Geography, or Ethnography, etc; in the original document, as it came from the apostles and prophets’ hands and mouths.

This firm belief, is the cornerstone of CHRISTIANITY, and the stumbling block of the apostates.