I CAME TO BRING DIVISION 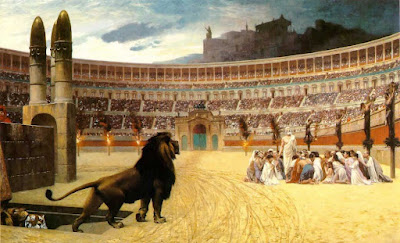 I HAVE COME TO BRING DIVISION

49“I came to cast fire on the earth and would that it was already kindled!

50I have a baptism to be baptized with, and how great is my distress until it is accomplished!

51Do you think that I have come to give peace on earth? No, I tell you, but rather division.

52For from now on in one house there will be five divided, three against two and two against three.

In this moment of reflection and after teaching his disciples many things, Lord JESUS mentioned the end intention of his incarnation, which was not only the payment for our sins and giving an example of perfect living; but He came to judge the living and the dead, and thus, recapitulate the whole of Earth’s creation and end up finally with this system corrupted system.

The ‘Fire’ Jesus was speaking about was not about a Pentecostal campfire, but the flames of the Lake of Fire, where all the reprobates will be sent to, together with the demons. But He also mentioned that the time had not come yet

But after mentioning about his stress in the face of torture and death coming his way, He warned all his listeners, that He was going to be the cause of divisions amidst humans.

Jesus warned them, that if anyone followed Him, this would cause rupture of relationships, relationships so close, that will even include close relatives, like ‘son against father; father against son, daughters against mothers, and so on’.

JESUS gave this warning, so that when it happens, we would be ready, because even though He came to preach forgiveness and peace, the opposition of those who would reject Him will cause tensions, even to the point of causing death to the loyal faithful, from their closest family members

But his listeners, the same as today, they knew that if they remain faithful even to the point of death, an eternal life in Glory in God’s presence awaited them