CAN WE STUDY THE DIVINITY AND HUMANITY OF JESUS SEPARETLY? 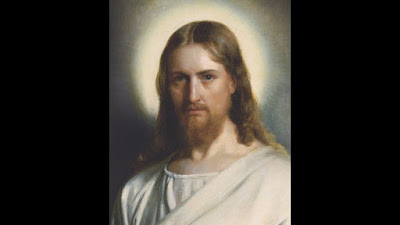 CAN WE SEPARATE THE TWO NATURES OF CHRIST FOR THEOLOGICAL STUDIES?

In the year 457, the Council of Chalcedon, declared official orthodox doctrine the monoprosopic doctrine of Christ, that asserted that Lord Jesus had two natures, one divine and one human, united in a single personality, and that these two natures were impossible to separate while they remained independent from one another in their qualities (1)

This was born from a possible misunderstanding of the teachings of bishop Theodore of Mopsuestia, who was alleged to profess a duoprosopic doctrine of Christ, where our Lord had two persons, instead of one; and since we cannot access these days their writings from first hand, and since Nestorius, the man at the time being condemned for representing this Antiochian view and rejecting, based on that, the term ‘THEOTOKOS’ or ‘Mother of GOD” applied by the council to St Mary the mother of our Lord; we can only assume a conspiracy in this case, especially since the Church of the East, who accepted Nestorius when he ran away from the Roman Empire in search of refuge, has never accepted and taught ‘two persons’ in Christ, as the cannons of the councils of Ephesus and Chalcedon proclaimed; but instead have sustained that Jesus had two natures, living independent in one person, Jesus of Nazareth, but that even though these two natures are together in Christ, they must not be confused one with another.

The Assyrian Church of the East, founded by Thomas the apostle, has since then proclaimed Nestorius doctrines to be such and not the kind of duoprosopic doctrine Nestorius was alleged to proclaimed, and has elevated even the status of Nestorius to the rank of saint and martyr of the Christian Faith. (The Church of the East is also Nicene Trinitarian).

We have written before about the canonical definition of the hypostatic union and the concept of it from Scripture, but not about how this concept needs to be handled, according to Scripture.

But it also teaches that the Logos IS Jesus Christ in the flesh, and not a possessing force into a different human body, or a human person adopted ‘as’ Son of God, or any other form, except the INCARNATION OF THE DIVINE LOGOS:

“And the Word became flesh”

A humanity not adopted, but begotten by GOD the Father YHWH in St Mary, the mother of our Lord:

“The Holy Spirit will come upon you, and the power of the Most-High will overshadow you; therefore, the child to be borne will be called holy—the Son of God.”

As far as this, the Bible agrees with the traditional concept of hypostatic union, but how strict can we be with the term that they are ‘indivisible’ (2).

Jesus is one, not also by Scriptural teaching but by reason.

GOD is perfect, and is also jealous. He never shares his glory with anyone of anything.

God could not have possessed a person, having created humanity, to show Himself as human. But He created a human for his own existence in our earthly nature. BUT also, He could not exist in two persons, since He is ONE and INDIVISIBLE.

To fail to any or all of these two issues, would have cause to commit idolatry, since we would be worshipping a human form, independent from the divine being.  But the Logos, incarnated and became Jesus of Nazareth, having divine and human nature, in one single being.

BUT does that mean that Jesus, as a human did not need to eat or sleep?  Or as divine, He could sin or die?

The two natures, as traditional Christianity proclaims, are not mingled, and therefore, they can be divided conceptually for the purpose of theological study.

As a human, Jesus of Nazareth had to learn, digest, grow, and get tired as any other human being, even though He was sinless from birth, since his humanity had GOD the FATHER and not another human as progenitor, who could pass Him, Adam’s fall.

However, as a sinless human being, He could not get sick, or age, or die for natural causes, the same way as Adam was prior to the fall.

BUT AS GOD, He knew everything, He was omnipotent, omniscient and omnipresent all the time. He could not die, or be begotten, or be taught, or tempted, or sin. He remained sovereign and immutable, as He was from the beginning, all during his life on Earth, and as He is now, forever and ever.

If we mixed these two natures, we fall into mistakes like saying that GOD died with Jesus on the Cross, or that Mary is the ‘Mother of GOD’, which are blasphemies indeed.

When Jesus suffered on the cross and died, only his humanity died, not his divine part. Even though this divinity followed his humanity during all the passion and death, and even followed Him into Hades, his Divinity was untouched, and is that divinity that sustained the human part of Jesus through all temptations and sorrows, and resurrected Him, by the will of the Father, on the third day.

The same way, GOD YHWH, through this Holy Spirit, impregnated St Mary, taking from her DNA to form the embryo of Jesus, who then developed into a foetus, and then born a baby boy. The divinity of Jesus did not enter, but ‘followed’ the process of impregnation, so that in no moment his humanity was detached from his divinity, but in regards to Mary, her DNA was used ONLY to beget the human nature of the Son of God, never his divine, which pre-existed and existed at all moments, independent from her.

MARY WAS THE ‘CHRISTO-TOKOS’ or MOTHER OF JESUS, and not the Mother of God, even though it was born as an honorary title and not a theological concept, since at all times the baby in her womb was also divine.

The Christology of the Bible, our only source of truth; is very general in its teachings, and generally suffers when subjected to the curiosity of men who aim to know the mechanics of the mysteries that God has revealed in his word.

But us Christians, should never forget to protect GOD’s honour and his immaculate dignity, before we submerge ourselves into the depths of the biblical knowledge, avoiding thus, to fall into the same mistakes of our ancestors did.