ABOUT THE HYPOSTATIC UNION OF THE SON OF GOD 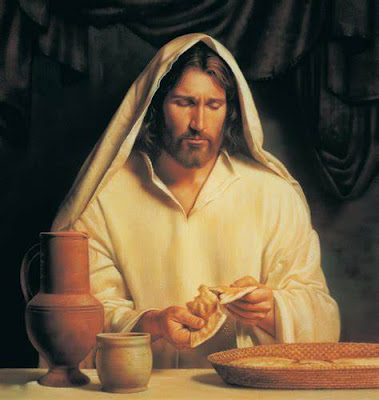 ABOUT THE HYPOSTATIC UNION OF THE SON OF GOD

Although he is God and human, yet Christ is not two, but one. He is one, however, not by his divinity being turned into flesh, but by God's taking humanity to himself. He is one, certainly not by the blending of his essence, but by the unity of his person. For just as one human is both rational soul and flesh, so too the one Christ is both God and human." (1)

This creed however is not the first one in Christian history.

Before this, the famous anonymous creed called ‘The Apostolic Symbol’ reads as follows:

“2. And in Jesus Christ, his only begotten Son, our Lord:

3. Who was conceived by the Holy Ghost, born of the Virgin Mary:

4. Suffered under Pontius Pilate; was crucified, dead and buried: He descended into hell:

5. The third day he rose again from the dead:

6. He ascended into heaven, and sits at the right hand of God the Father Almighty:

7. From thence he shall come to judge the quick and the dead” (2)

And even, in the NT we have the earliest Christian creed available to mankind:

“The elementary doctrine of Christ,

a foundation of repentance from dead works and of faith toward God, and of instruction about baptisms, the laying on of hands, the resurrection of the dead, and eternal judgment.”

It is impressive the ample addition that the latest canonical Creed has over the most ancient formulations of Christian belief, with the use of words with precise theological implications in comparison with the vague earlier versions.

But the reason for these technicalities were the problems that provoked the first three ‘ecumenical’ councils.

It was not the first problem the Christian church experienced. There were heresies even from the times of the Apostles, like when gnostic teachers taught that there would not be resurrection of the death (2Timothy 2:18), or that the Kingdom of God had already come (2Thessalonians 2:2), or the heresies of the Nicolaitans (Revelation 2:6), or the denial of YHWH, our Father, and the Old Testament by Marcion.  This time, the divinity of Jesus of Nazareth, our common Lord, was challenged through the writings of Arius of Alexandria.

In brief, what we can gather from the surviving comments about Arius’s works, since all his writings were burned by the church, is that he taught that Lord Jesus is a mighty being, the first creation from GOD YHWH, but was neither God, nor eternal. But instead, Arius taught that He was ‘divine’, meaning of similar qualities to God, granted to Him by LORD YHWH, and that there was a time when He was not. So, in essence, by nature, Jesus, the Logos, was neither eternal, nor God, not omniscient or omnipotent in any way (3).

To solve this problem, the church of the time met under the protection of Emperor Constantine I and formulated the first part of what would become the first canonical ‘Christian’ orthodox creed in History, being completed later in the Council of Ephesus, defining the nature of the Holy Spirit; even though almost half of the body of Christ did not agree with it (the Arians).

We will not discuss here the details of this controversy, but the definitions of the hypostatic union in Christ, and what the Bible says about it.

What the words of the articles 30 to 37 of the Athanasian creed describe, and the words of the Nicene creed defines, in conclusion say that the human Jesus of Nazareth was and is one person, not two. But that this single person, possessed a divine nature and a human nature, from the moment of the incarnation and from then onwards for eternity.

Furthermore, it takes care in clearly stating that these two natures live together under one mind, one body and one person, together, in harmony, but not mixed, or evolved into a mixture of divine-human nature.

WHAT THE BIBLE SAY ON JESUS’S NATURE

The man we know as Jesus of Nazareth, according to the Bible was as follows:

He was divine by nature, meaning He shared the same nature as the eternal GOD YWHW-ELOHIM.

Arianism used to elevate prayers to Jesus, and even call Him ‘god’, because they believed He was elevated to that level by GOD, but they never accepted that the Logos, later called Jesus was truly God or divine in nature.

However, this is a wrong concept, from Greek reasoning as well as from Hebrew principles.

A created being cannot inherit or received from anyone, not even GOD, his Godhood, because nobody can become God or stop being GOD. When the Bible describes the Word as divine, it calls Him GOD, the same way it calls the Father GOD (John 1:1).

Is in this sense that the Bible speaks of Jesus as being God and no other, which otherwise will be a pagan concept totally strange to Jewish theology

Before He incarnated, whom we know as Jesus had no name, and it was only known as ‘Logos’ or ‘Word’ of GOD, or the ‘Angel of YHWH’

The Bible openly teaches that the Logos was ‘in the beginning’ with GOD YHWH, executing his will through the Universe (John 1:1).

If GOD is eternal and the Logos has been always representing the person of the Father before all ages; as an emanation independent from God YHWH, then the Word is also eternal, because the Logos has always been the face of YHWH even before time began, which also has no beginning, since God has always been creating.

However, theoretically we could say that time, and even the Logos must have a beginning, but this beginning is eternal and cannot be singled out in a single moment along linear time which is the only concept of time for all created beings.

Moreover, this independent existence of the Logos, even though it has a conceptual but not historical start; it always existed within GOD ELOHIM, since the Word is not a ‘son’ to the Father, but He is only called ‘Son’ from the moment of his incarnation, and not before. Therefore, the reality of Jesus in his pre-existent form has no real beginning, since He always existed in the ‘bosom of the Father’, is part of the Father, and that is why HE IS GOD ALMIGHTY

This extension of GOD, called the WORD, took flesh, and became human.

He did not take a human and invaded his body, neither He begot a body to take possession of; but He Himself became human, through the Will of GOD YHWH, the Father, through his HOLY SPIRIT, a child was begotten in the womb of Mary, implanting a sinless and perfect seed in Mary’s womb, and taking from her DNA, the child who will be called JESUS OF NAZARETH, the incarnated WORD, became human.

It is from this moment and for this reason that Jesus is called ‘The Son of God’ (John 1:14).

God can never stop being God. It is impossible. God in ONE and IMMUTABLE for eternity.

When God incarnated, He adopted humanity without leaving his divinity. And as God is perfect, and He demonstrated his desire to be fully human in representation of humanity, He did not beget a ‘super-human’ or a ‘demi-god’, but a perfect human, with all the faculties of a man, but without sin in action or intention, or even sinful nature. He was born the PERFECT HUMAN the same way Adam was created before the Fall.

But because the man was a direct incarnation and not a possession of the divinity of a human being; the WORD who became and is JESUS, had only one mind, one identity, but two natures, that worked perfectly in Him, even though each manifested its own faculties in full.

Councils are correct in the measure they submit to the teachings of Scripture, which contain in the modern world, all the apostolic teaching available to mankind.

Sometimes the Council of Jerusalem described in Acts 15 is used to justify and teach that all councils are correct; but that is an exaggeration of a historical event. The only reason the council described in Acts 15 is considered correct is because it was ratified by the fathers of our faith, the living Apostles, the Elders, and all the present at the time, and it shows in Scripture, otherwise, its validity would be questioned.

In this case, the conclusions of the Councils of Nicaea and Ephesus are proven to be correct according to the light of infallible and inerrable Scripture, and only for that reason it is accepted by Christians to this day.