HOW WE OBTAINED THE NEW TESTAMENT 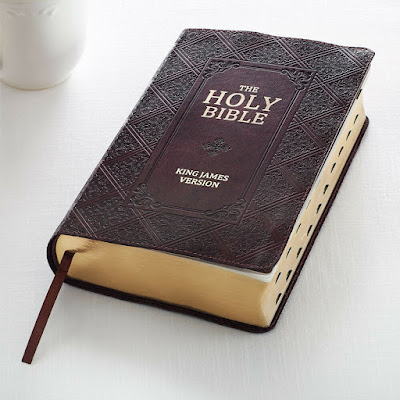 HOW WE OBTAINED THE NEW TESTAMENT

The Bible or τὰ βιβλία (The Books), is a collection of ancient writings from various authors, from the time of the Jewish Davidic kingdom to the times of the disciples of the prophet Jesus of Nazareth, that covers a time span of around 1000 years according to the found manuscripts, but that proclaims to date back to approximately 4000 years, from the times of Moses.

Even though it is a collection of many independent writings, they are all based on a single topic, the God of Israel, who is also identified as the God of the Universe, the author of life and the creator of everything, almighty and eternal. As this collection of writings conform the book that is considered to carry the revelation of this universal God, it has become the cornerstone of Christianity, that considers itself to be fullness of revelation given to mankind in the teachings of Jesus, and therefore, supreme authority in all matters of faith and ethics for those who accept the Bible as the written word of God.

By the time Christianity came into been, the Tanakh or Old Testament already existed in various versions, being the two famous ones, the Hebrew version, and the Greek version for all those Jews in the diaspora who had lost their mother tongue and communicated mostly in common Greek.

But the New Testament came into existence from the middle of the first century, once the Apostles had established the first Christian communities all over the Roman empire and became difficult for them to be present in all places as needed, especially after they started to suffer persecution and martyrdom for their faith.

The NT came directly from either the Apostles themselves, or by contemporary believers who had learned their teachings first-hand.

Many books were written, but not all of them were considered genuine by everyone, so they did not make it into the list of the NT compilation or commonly called ‘canon’.

Most of them, the letters of Paul, were accepted immediately, because he was well known and his writings were kept and read in the Christian communities from the very beginning, before any other book. False copies were made, but soon they were rejected (Colossians 4:16; 2Thessalonians 2:2).

The Apostles preached their message firstly by live voice and taught the practice of Christianity through example. It took around 50 years and the death of the first apostle, James, son of Zebedee, for the first canonical writ to appear, reputably the epistle of James or the first letter of Paul to the Thessalonians. Then a copious amount of Paul’s letters to be followed around 10 years after by the three synoptic gospels and historical book of Acts, written by the same author of the gospel attributed to Luke, an early disciple.

Even though these books are anonymous, and the names they carry today are purely from traditional sources; the point is that they were accepted as truthful by the Christian communities across the empire and beyond, not other gospel, except the later rejected gospel of Thomas, ever enjoyed such good reception as these.

The same happened about 10 years later with the epistle to the Hebrews, which the same as the gospels, contain no mention of author, however it was equally accepted.

Soon after the gospel attributed to apostle John was written, around the year 85, followed by the three letters that carry his name, together with two letters of Peter, and Jude, to be followed finally around the year 90 or 95, by the prophetic book of Revelation or Apocalypses, which due to its lateness it took time to be fully accepted as genuine, but finally it got accepted as inspired and into the canon.

HOW THE CANON WAS DEFINED

The official story tells us that the Christian canon was established by Church councils that selected the inspired books from the non-inspired books and that based on the ‘authority of that Church’ we have the NT today, and indeed the whole of the Bible. The truth however is somewhat different.

The Canons that Christendom used and still use, have been always three. There has never been an official unanimous proclamation of any canon and still there is none.

The West developed the Roman canon, which Roman Catholics try to present as the ‘universal and official canon’, which in his earliest form can be seen in the Canon of Pope Damasus I in the year 385, at the Council of Rome, but which only became officially decreed in the Council of Trent in the year 1546. But that binding only for the Church of Rome, or Papal Church.

The Orthodox East however always had their own canon, which differs from the Roman canon, containing more books in the OT, but the same 27 books in the NT. And this canon remained always in forced in all Eastern churches, until it was officially proclaimed in the year 1672, in the Council of Jerusalem, still containing a more extensive list than the Roman canon.

The third canon that was maintained always in Africa, as it was mentioned for the first time by Patriarch Athanasius of Alexandria but contains an even longer list of books so much in the OT, as in the NT, as part of the canon of the Oriental communion. It is the longest canon in history, and it is the only church that maintains the whole Septuagint version in full as canonical.

Nevertheless, the true canon of Scripture was born from the acceptance and reception of the whole body of Christians around the world, regardless of their location or to which church they belonged to.

The dubious books were slowly left aside as they became evidently false or to be not inspired, like 1Clement or Shepherd of Hermas, and slowly, in 200 years, the whole of Christendom formed an opinion of the books that were inspired, infallible and inerrable, and these books were the same 39 books in the OT and the same 27 books of the NT, all Christians accepted, being Catholics, Orthodox or Orientals. This process occurred naturally and without the cover of any council or ecclesiastical decree. It was simply the list that became accepted by the whole Christendom since the 4th century.

IS THE CANON CLOSED?

No, because there are books that are inspired by God, equally to the ones we have today, like the real first letter to the Corinthians or the letter to Laodicea, or the book of Enoch (1Corinthians 5:9; Colossian 4:16; Jude 1:14), which are not in our present canon, either because they cannot be found, or the copies we have today are dubious.

Yes, because time has passed, and the Spirit of God would not have left us without the knowledge of a revealed truth.

What we have today, it is by the will of God, and it is sufficient for salvation. Any other book not with us today, will either contain the same teachings, or extra teachings, but never contradictory, to the ones we have today, but that God does not want us to know.

The true Christian canon was never proclaimed by any authority or council but was born from the people. It was the common acceptance of the 66 books of the modern Bibles what consecrated the Bible we have today. We have nobody to thank except the HOLY SPIRIT, who guided us into the books that He inspired to guide his people on Earth to the heavenly residence in God’s glory.