DOES THE BIBLE ALLOW CASTRATION? 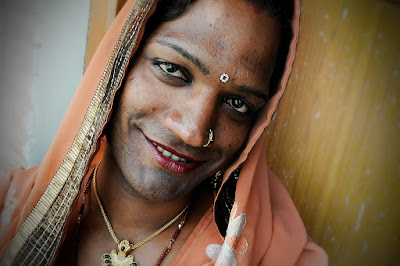 IS CASTRATION ALLOWED IN THE BIBLE?

Castration, or the cutting off the male genitalia, in total or partial manner in order to stop normal sexual function, for whatever purpose, it is strictly forbidden in the Bible.

1 - One of the intentions of God by creating humanity, was reproduction of humans until the world became full of them:

“Be fruitful and increase in number; fill the earth and subdue it.”

Note that in this verse, the existence of castrated people is acknowledged, but it is not approved, since all Israel was supposed to participate of the Temple worship and sacrifice.

3 – God forbade the castration of animals:

“You must not offer YHWH an animal whose testicles are bruised, crushed, torn or cut. You must not do this in your own land”

“Neither you nor a foreigner shall present food to your God from any such animal. They will not be accepted on your behalf, because they are deformed and flawed.”

Some have argued here that these prohibitions refer only to the animals for sacrifice but that it does not forbid total castration of beasts altogether. However, in verse 25, God shows his rejection of such a mutilation, which also contravenes his vision of the animal kingdom’s reproductive purpose at the time of creation.

WHAT ABOUT THE MENTION OF EUNUCHS IN THE OLD TESTAMENT?

In the case of Samuel, is only part of a prophecy, when GOD YHWH tries to discourage the united Israel of having a monarchy, warning them of the dangers it will bring upon the nation. It is a future event.

In the second passage however, they existed in the separate kingdom of Israel, along with other errors, but not in the faithful Judea.

Some scholars have argued that “Eunuch” became a generic name for Court official, not necessarily implying that they were emasculated, however this is more unlikely since ‘eunuchs’ were closely related to Harems of wives, slavery, and royalty service, where we have knowledge, these people were emasculated (2Kings 20:18); nevertheless, the case of Joseph in Egypt testifies that not every case was like that (Genesis 41:45).

Deliberate mutilation, including emasculation is contrary to the purpose of God for creation, whether of humans or animals.

The prohibition and lack of regulation, testifies of the non-existence in Israel of this practice, until it became adopted by pagan influence of nations around them, like the Egyptians, Babylonians or Greeks, but it was never approved by God.

To deprive a creature of his natural ability to reproduce, it is an attack on God’s sovereignty, who created all humans and most animals with the intention of reproduce, otherwise He will not have given them that capability from birth; and it is therefore, sinful.

However, in Christ Jesus, all people who have suffered this sinful mutilation are received to salvation, through Faith in Jesus the Saviour (Acts 8:27).