CAN SATAN COPY THE IMAGE OF JESUS? 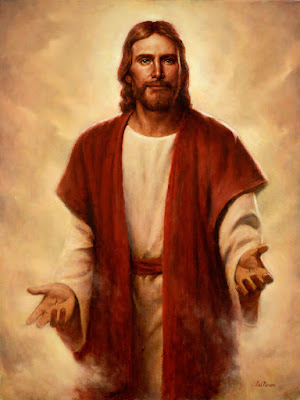 CAN SATAN COPY THE IMAGE OF JESUS?

In history there have been claims at different times that said that there was a corporeal part of Jesus left on Earth, like his ‘foreskin’, worshipped in the Middle Ages; or that Satan can show up appearing to be Jesus, or even that the Antichrist will be a ‘clone’ of Jesus.

Can any of these things be possible?

Firstly, we need to realize what the incarnation meant, and is the purpose of it.

Jesus was not just any human, subjected to the normal development of a common person. He was not a son of a human couple, and was not born to gain money, a position or power in society. He was not born to satisfy his sexual desires or any other human desire or passion, neither to start a family. He was never born to grow old and die in advance years in the peace of his bed, leaving a grieving family.

JESUS was born, to be a moral example and a sacrificial atonement for God on behalf of humanity.

The human JESUS became the literal ‘Son of God’ because He was conceived by the power of God, without a human seed, implanted in the womb of Mary, his human mother. And this alone, made his body holy, but He Himself was morally holy and unblemished.

2 – HE WAS THE SACRIFICIAL LAMB OF GOD

John the Baptist said once while looking at Jesus:

“Look, the Lamb of God, who takes away the sin of the world!”

JESUS was called the ‘Lamb of God’, because the mean reason for his incarnation, was to die on the cross as an atoning sacrifice, like the lambs of the Temple during the Day of Atonement, or like lamb of the Passover.

Jesus left aside all unnecessary occupation and worry, to concentrate specifically in what He came to do. To give an example of moral everyday life to the world, and to offer his life as an atonement for the forgiveness of sins. There was nothing else that called his attention. He was not only perfect morally and physically, but He was perfect in his everyday behavior, in every aspect of life.

As Jesus offered his life as a sacrifice to God on behalf of the nature He represented, humanity; He also confirmed his triumph over sin and death, by resurrecting from the death with a glorified human body (Mark 16:5; Luke 24:6-7; 1Corinthians 15:3-4).

1 – While Jesus is perfect, Satan is not.

For Satan is impossible to copy the image of Jesus because his eternal impure state, stops him, like oil detaches from water. The devil is unable to copy the holy and perfect image of Lord JESUS.

Apart from the fact that there is no firsthand picture of Jesus, we can know for certain, that whatever image Satan appears in, that WILL NOT BE the image of our Lord.

Jesus left no body part on the Earth, not even his foreskin, or sweat or blood cells. All of Him was resurrected and wholly glorified in Heaven.

Therefore, all claims that say that there is a part of Jesus on Earth or claim to have cells of Him to make a clone of Him, is a lie, directly from the father of lies.