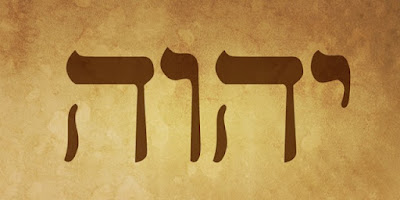 Most Christians are used to relate only to Lord Jesus Christ in their daily lives. They pray to Him, they sing songs for Him, and without much thought on the matter, they live their relationship with God based only on the known person of Jesus of Nazareth, most probably because there is ample information about Him in the NT; without even paying attention to the fact that their Sunday worship services are addressed mainly to the Father and not to Jesus (See Roman Missal, Book of Common Prayer, Lutheran Book of Prayer, etc).

This social phenomenon has even provoked certain extreme groups to allege that the only true living God is Jesus, known at other times as Yahweh or Holy Spirit, and that He is the same Jesus of the gospels, and no one else. (See “Jesus only” groups, and the United Pentecostal Church).

But even though these are extreme circumstances, more informed sources sustain that there is no substantial difference in coming only to Jesus, since we have always alternated with Him, even in the OT, where God YHWH, the God of the prophets, is no one else but Jesus Himself in his pre-incarnated form.

The first time we see God Yahweh in the Bible is in Genesis 2:4; when we are told that Yahweh made the Heavens and the Earth, the same divinity that is mentioned in the first chapter of Genesis, with the generic plural of ‘Elohim’, translated simply as ‘God’ in all translations.

But it gets more complicated when the NT identifies Jesus with the Yahweh of the OT, the same divine entity Jesus the man, called ‘Father’:

“He was in the beginning with God. All things were made through him, and without him was not anything made that was made”

Judging by these verses, one unmistakably would conclude, that Jesus is the God name Yahweh in the OT, and that the divinity called ‘Father’ is an unknown God who we have never seen or heard before.

On one side, there is no doubt that Jesus was the same identity who created the universe, angels, and humans; and that He was the one who manifested Himself as Yahweh in the OT all along (John 1:1,18; 10:30; 14:9), even to the point as to have his own name of Jesus written in ancient manuscripts in a passage that the OT ascribes to God YHWH, alone:

“So I want to remind you, though you already know these things, that Jesus first rescued the nation of Israel from Egypt, but later he destroyed those who did not remain faithful.”

WHO THEN IS THE FATHER?

It is also clear that there is another identity, to whom Lord Jesus called ‘Father’, whether we know Him or not.

Jesus prayed to Him, and expressed an independent identity from Him:

“Father, if you are willing, take this cup from me; yet not my will, but yours be done.”

“And now, Father, glorify me in your presence with the glory I had with you before the world began.”

But other verses identify this mysterious ‘Father’ with the same YHWH known in the OT:

“Long ago, at many times and in many ways, God (YHWH) spoke to our fathers by the prophets, but in these last days he has spoken to us by his Son, whom he appointed the heir of all things, through whom also he created the world.”

That would also explain why Jesus did not contradict the idea which all who heard Him had about whom He was referring to every time He mentioned ‘God’ or ‘Father’ (Matthew 19:4).

The Bible is certain that the Father and the Son are two different divine entities (Romans 8:32)

The only explanation is that as 1Corinthians 8:6 and Hebrews 1:1-2 say; Jesus (The Word=Logos) in his pre-incarnated state, spoke and acted in the Name of the Father, whom to Moses He identified as YHWH.

It is true that every time the Father spoke in the OT, as YHWH or otherwise, it was always the Word who spoke, and never the Father Himself. From Adam to Moses, and even now, every person that relates to the Father, deals with Jesus, and in this case, yes, we can say that The Word, the Logos, called Jesus is the YHWH of the OT.

BUT at no moment, when speaking as YHWH, Jesus spoke as a Son, or any other than the Supreme God from Heaven (Hebrews 1:1-2; 3:5-6), the Father of Jesus, under whose command the Word created everything.

JESUS clearly claimed divinity, and He indirectly proclaimed to be the God who spoke under the Name of YHWH; but He never claimed to be YHWH Himself, or his own Father.

Furthermore, Jesus never ordered to pray to Himself, even when there is nothing wrong with it (Acts 7:59), but claimed all worship and supplication to be directed to the Father, who everyone understood to be the YHWH of the OT and the God of the Mosaic Law:

“so that your giving may be in secret. Then your Father, who sees what is done in secret, will reward you.”

“This, then, is how you should pray: “’Our Father in heaven, hallowed be your name,”

None of the people of the OT possessed the fulness of the revelation of God, even though they had an idea that there was a lot more of what they knew and proclaimed (1Peter 1:12).

But now, under the fulness of revelation, we relate to God as a whole, through his three different manifestations.

We worship Elohim in the person of YHWH, the Father.

We come to Him through the intercession of his beloved Son, our Lord and Saviour JESUS CHRIST, the Logos.

We come to the Father and Jesus, guided by the sanctifying and comforting direction of the HOLY SPIRIT of God.

Even though we can still relate to God, whether we pray only to the Father or to Jesus or to the Holy Spirit alone, if we do not relate with the three of them, it is an imperfect relationship, since the way shown by Jesus was a direct contact with the whole Trinity, where GOD YAHWEH is the Head of the divinity, and the recipient of all worship, as the Eternal God, and of whom the Son and the Spirit are the reflections of his glory