WILL BE MEDICALLY IMPOSSED THE MARK OF THE BEAST? 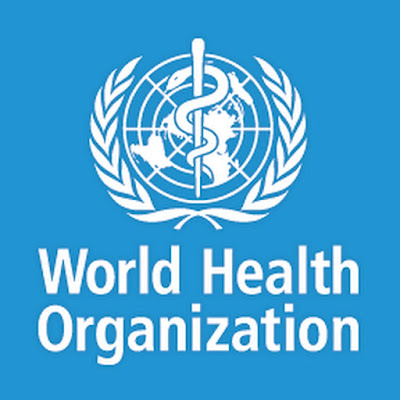 WILL THE MARK OF THE BEAST BE MEDICALLY PROMOTED?

Between the 22nd and the 28th of May of 2022, the US federal health system will be surrendered by the US Congress to the administration and control of the World Health Organization with base in Switzerland.

In other words, part of the USA independent powers will stop existing, and the sovereignty of medicine in this American nation will depend on the UNO and not from the US government anymore.

If this recent pandemic has showed anything to humanity, is the power massive fear has over the world’s population.

Violent confrontations between pro and anti-vaccination groups, compulsory enforcement of vaccines over all groups of society world-wide, and massive social panic were at every door step for the last two years, to suddenly fall into silence, since it is claimed that the virus is still around and rampant, and nobody talks about it anymore.

When we study the Scriptures about the coming of the Beast, commonly called ‘Anti-Christ’, many theories come up about all aspects of the prophecy.

Some believe is a fictional character or someone that already passed in history, like Nero, or Napoleon.

Others believe is a social system of ungodly character that will expand over the planet at the last days.

Some others again, think the Beast to be a real person; but all of them agree that there will be a ‘mark’ that will be implanted on his followers that will guarantee their eternal perdition.

Of course, what this ‘mark’ is, it is also a matter of discussion, that runs from a tattoo, or a micro-chip, to a moral position of every individual at the last days.

As it is prophecy, all theories must be accepted, studied and observed, besides of what each of us thinks it is.

But what is important, is to consider what argument will be used to convince the majority of the world population to accept that ‘mark of the beast’, whether it may be an attitude or a tattoo, or chip.

Certainly, it will not only be violence, since recently during the invasion of Russia to Ukraine, we have seen how stubborn humanity can be when someone tries to imposed over them something against their consent. To be successful to a world scale, it must be willfully accepted by the majority, specially since it will be exactly that willful acceptance of the mark, which will seal their perdition, and not just the mark itself.

Many of the ones who have opposed the massive anti-virus vaccination, have argued a variety of reasons for why we should not get the vaccines.

Anti-Vaccination crowds have suggested that the vaccines were ranging from being snake poison, to micro-robots, through DNA altering bodies that ‘stop’ us being human to makes us extra-terrestrials, and every other possible idea of imagination.

However, there is another possibility, and that is that the ‘vaccines’ were harmless or simply placebos, and that to inject or not was totally indifferent.

But what they were for sure, firstly, is that they were not vaccines, since it does not cure the virus or even prevents it from happening, and secondly, they were a test of obedience. World-wide obedience to governments across the world.

This pandemic has proven, that the only thing that can provoke worldwide obedience, is a medical danger. Something people may consider to be deadly and proximate to them. Not government violence, because they can war with a government, but a silent killer, that nobody can see. An enemy without face, ready to kill you if it gets you, and specially if it is air-born.

The same way as the most powerful nation starts to disintegrate by surrendering aspects of its independence to a world-wide organization for medical safety; it may be also the same reason the government of the Beast will claim to bring all humans to submission and acceptance of his mark.

Time will tell, because as time goes, the more evident prophecies become.