MY SHEEP KNOW MY VOICE 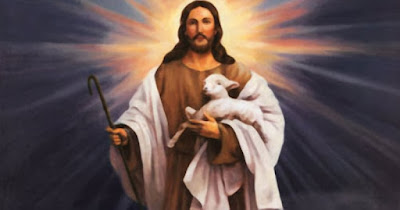 MY SHEEP KNOW MY VOICE

22At that time the Feast of Dedication took place at Jerusalem. It was winter, 23and Jesus was walking in the temple, in the colonnade of Solomon.

24So the Jews gathered around him and said to him, “How long will you keep us in suspense? If you are the Christ, tell us plainly.”

27My sheep hear my voice, and I know them, and they follow me. 28I give them eternal life, and they will never perish, and no one will snatch them out of my hand.

29My Father, who has given them to me, is greater than all, and no one is able to snatch them out of the Father’s hand.

Profound theology in these words.

It was the Feast of the Dedication, or Hanukkah, the memorial of the day when Judas Maccabeus ordered the re-dedication of the Second Temple of Jerusalem, after the Greeks had desecrated the House of God (1Maccabees 4:36,59).

It is important to notice here how Lord Jesus kept the celebration of this festivity not ordained by God or the Torah. This should be a lesson for today’s Christians who refuse and hate Christmas and Easter by alleging that these festivities are not ordered in the Bible, and are therefore sinful.

There is no prohibition in the Scripture anywhere, to hold memorials of any type, either civil, like Independence Day, New Year or Birthdays, nor religious ones, like Christmas, Easter or the Day of the Reformation. The only prohibition we have is against sin, and that includes all evil behavior like drunkenness, sexual immorality, or idolatry, whether in a festivity or outside of it. But celebrations are not forbidden.

To the challenging question of the people around Jesus to tell them ‘openly’ if He was the Messiah or not, our Lord Jesus Christ confirmed the hardness of their spirits, by saying that He had let them know many times (John 7:26-29,41-42), and furthermore, his multiples miracles were a proof of his claim, but that they still rejected Him because they were not part of his flock, who knew his voice, and Jesus knew them as well, and followed Him (John 10:3-4).

How people who listened the call of Christ for the first time, could ‘recognize’ his voice, if that was the first time they heard Him?

That assumes a pre-cognition of the flock towards their shepherd. Lord Jesus was referring undoubtably to predestination.

The elected were born with God’s blessing, and at certain point in their lives, when they hear the call of Jesus to faith in Him and repentance, their spirits will automatically recognize the voice of God in Him, and accept Christ as their Lord and Savior.

In this case, Jesus told the Jews that reproached Him, that the hardness of their hearts was due to not being part of these chosen ones, who were able to recognize his voice and follow Him. In other words, Jesus was telling them that they were not part of the elected for salvation.

But, could then these who were revoked, say that they had a fair go to repentance if they were not chosen to start with?

Of course, if God’s choice was indiscriminate the logical conclusion will be that these people never got a chance to repent, but were born from even before creation, to be eternally condemned.

To even human standards this would be unjust, and a mockery in the part of God to call people who repentance knowing they were never elected and they could neve repent. It would be not only unjust, but cruel as well. But GOD does not work that way.

God chose the elected based on the foreknowledge of their response to his call to faith and repentance (Romans 8:29; 1Peter 1:1-2; 2Peter 3:9). Therefore, is our own decision now that determines our salvation, not an unmerciful whim of God.

All humans have a fair chance to salvation, but God already knows who is going to respond positively and who will not, and in base of that has written our names in the Book of Life.

To be written in the Book of Life does not mean that we accept because we are there, but that we are there because God knew we would accept Jesus.

The decision is entirely ours.

Jesus then proceeded to ensure the perseverance of the elected, by guarantying that nothing external will rip them from his hand. No trap, not curse, no demonic attack, or persecution or anything will separate us from God’s love.

Finally, after saying the same about the Father, who called the elected ones to the feet of Jesus by his Grace, that nothing can take the flock of Jesus away from God’s hands, He said that Him and the Father are one.

This has two meanings.

One, that the Father and Jesus had the same purpose always.

Second, that Jesus was consubstantial with God the Father, making Himself the incarnation of the Almighty God of Israel.