WAS THE RESURRECTION OF JESUS AN INVENTION? 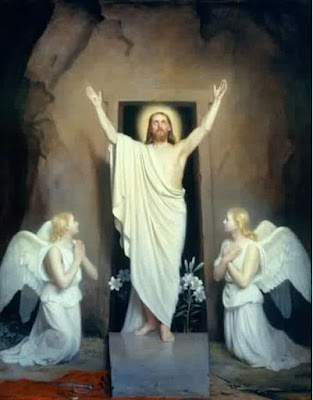 WAS THE RESURRECTION OF JESUS ​​AN INVENTION?

Sometimes we have heard about the idea that the resurrection of Jesus was an invention created by the Apostles and his closest disciples, an idea that later became a legend accepted by all of Christianity, but that this never happened.

This idea might seem reasonable, especially in the minds of sceptical or unbelieving people, but analysing the theory according to its historical context, this idea begins to lose convincing power.

1 – No other religion attributes to its leader a posthumous resurrection of the dead.

Neither Islam, nor Buddhism, nor Hinduism, Sikhism, Jainism, etc; they have never attributed to any of their leaders or founders, the power to rise from the dead after three days, and still be alive today.

2 – Even in the event that the resurrection of Jesus could be an apostolic invention; Christianity developed five centuries before the birth of Islam, the last self-proclaimed Abrahamic Faith. If Islam proclaims that Muhammad is a higher ranking prophet than Jesus of Nazareth, then why didn't they invent such a story for Muhammad, thus placing him in a position greater than that of a corrupted body in a tomb facing a risen and living Christ?.

If it is about inventions, this would have been the best solution, or else reveal the resurrection of Jesus as a falsehood, that is, that Islam would say that Christ never rose, because he never died, but was taken to Heaven alive, as they teach today.

If so, what led Christianity to venture into such a story, knowing it could be disproved?

3 – Why would Jesus of Nazareth have spoken of his future resurrection (Matthew 17:22-23), (if we take the gospel records as true and not part of the invention), or the apostles themselves, if they ran the risk that in the future the corrupted body of Jesus could be found?

4 – Why only the first disciples of Jesus would venture to declare something so implausible, without having to do so, since other religions progressed without the need for such an idea? Especially if this could be disproved in the future?

WHY THEY DECLARE THAT JESUS ​​IS RISEN

First of all, we must make it clear that we cannot prove the Resurrection of Jesus, but neither can anyone prove that it did not happen. Declaring that it never took place is as much an act of faith as saying that it did.

While those who deny the resurrection only have as an argument the fact that 'the dead do not rise'; however, those of us who believe in it, can give strong reasons to accept it, because in the end it is a crucial matter of Faith, which determines the salvation or damnation of every human being.

1 – No other religion attributes resurrection to its founders. Being far from true miracles and portents, they never dared to contradict the natural fact that the dead do not rise. If it had occurred to anyone, the inert body of Mohammed, Buddha or Guru Nanak would have to have disappeared before being able to proclaim it, and even so run the risk that their bones could be found later and being manifested as false doctrines.

2 – Islam in fact copied many of the stories of Judaism and Christianity, and knew of the stories of resurrection of the dead in these two religions, but even so, Muhammad decided not to attribute anything similar to himself, even knowing that he would be misplaced in relation to Jesus of Nazareth, to whom he did not resemble neither in morals, or in miracles, or prophecies, or in resurrections of the dead.

Being his desire to be seen as the greatest of the Abrahamic prophets, this would have been the opportunity to do it, but Muhammad knew that this would not happen to him, so he denied everything.

Knowing that his body would have to disappear, and that it could even be discovered later and pass as a liar, he opted to deny the crucifixion of Jesus, NOT THE CRUCIFIXION, since it was undeniable that there was a crucifixion, but according to Islam, it was someone else and not Jesus the one who died on the cross, and that Jesus was taken to Heaven alive, leaving aside any idea of ​​resurrection of the dead from the Plan of God.

In conclusion, Muhammad did not dare to take such a risk.

3 – Lastly, neither JESUS ​​nor his disciples had any hesitation in declaring that Jesus resurrected, because they did not fear, like Mohammed and the other world religious leaders, to be eventually disproved, neither that the hidden body of Jesus could be found.

2000 years ago they did not have the machines of today to incinerate, therefore, not even by burning the body of Jesus, which was never a complete cremation for anyone, would they be safe from the fact that the body of Jesus could be found, but they never had that fear.

Although this small reflection does not prove the resurrection of Jesus, nevertheless it makes us think about the possibility of it.

The Apostles took the step of proclaiming the resurrection of Jesus, because they were not afraid of running the risk of being disproved, which could only happen if the corpse of the Messiah were found. But this, according to them, was impossible, since the glorious body of Jesus was now alive in glory.

The Apostles declared the resurrection of Jesus, not by invention or personal occurrence, but because they believed it to be true. Moreover, not only they proclaimed themselves witnesses of the resurrection, but all the disciples, men and women of the time, no less than 500 people who saw Jesus alive after death (1Corinthians 15:6).

The Apostles gave their lives for such a resurrection, something that no one would do if it was an invention.

They gave their lives, because they were certain that another life in glory awaited them, just as they saw it in the resurrected Jesus of Nazareth.