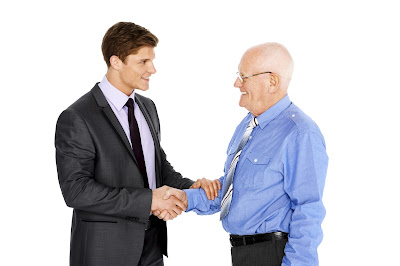 When the Lord Jesus confronted the temptations of Satan in the desert, after 40 days of fasting, he not only demonstrated his resolution to fulfill his mission as the Saviour of humanity, but also left us an example of the correct way of living as a Servant of God.

Jesus was subjected to every form of temptation a human being can suffer. Although only three temptations are mentioned (Matthew 4; Luke 4), they were directed at the whole person of Jesus, his body, his soul, and his spirit.

Every temptation that befalls us consists solely of these three objectives. They are launched by the enemy to our bodily, psychic and spiritual needs. Although these temptations take many different forms, they basically consist of only these three types.

But Jesus did not respond to these temptations with personal ideas, or impulses of the moment. He didn't answer in a doubtful way or any hesitation. Responded according to universal principles, biblical principles.

To each of the temptations, our Lord Jesus, endorsing the importance of Scripture as a container of the Will of God before personal reason or human traditions, He did not quote from its own occurrence, nor from the Talmud or Midrash or other secular writing.

He responded by quoting:

Deuteronomy 8:3 to the temptation of the loaves.

Deuteronomy 6:16 to the temptation of the pinnacle.

Deuteronomy 6:13 to the temptation to worship the devil.

JESUS ​​responded and lived his entire human life, based on the universal principles of Scripture. His life is filled with stories of how he responded to Pharisees, demons and disciples with Scripture.

He lived by principles within the reach of all mankind. Because they were given to all of us as a sure guide to life. Principles made by our Creator, who by nature knows us better than we know ourselves (1Corinthians 8:3). Principles, some temporary like ordinances, or permanent like moral precepts; but all come from the Spirit of God, under the eternal and immutable character of the Maker of all things.

HOW SHOULD WE LIVE?

In the same way, all of us who profess Faith in Christ, and obedience to GOD through Him; we are called to live according to the divine principles expressed in Scripture, which reflect the character of our God.

We are called to live not according to our own ideas, nor emotional or material impulses, which can be corrupted by the environment and as a consequence of original sin; but according to divine principles given to men as a sure guide of the Will of God.

We Christians are not weak people, carried here and there by emotions or free thought. Our minds are subject, but to the Holy Spirit.

Our bodies are subject, but to the Holy Will of God Most High.

The Christian life is a life of principles that makes us men and women of integrity, strong and resolute. People who are sanctified every day, and who one day will be the inhabitants of the Kingdom of God to its maximum fullness.

Although it is difficult to live a life according to principles that may fight against our fallen nature, very soon, when we are transformed into Glory, after Death and Resurrection, they will no longer be difficult to fulfill, but a joyful activity that will have become a natural part of our being.