IS MORAL THE WAR BETWEEN UKRAINE, RUSSIA AND NATO? 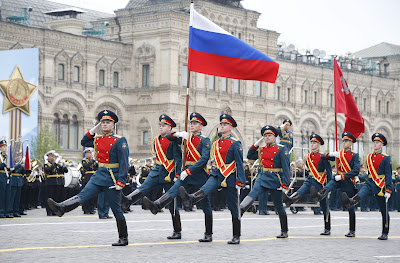 IS THE WAR BETWEEN UKRAINE, RUSSIA AND NATO MORAL?

In October 1962, in the midst of what history calls the 'Cold War' between the United States and Russia, the world came to a head, when Russia, in agreement with Cuban leaders, decided to put nuclear-tipped rockets into the island, just two and a half hours away from the United States, pointing to several major cities in this country.

This was not an idea born from the communist mind of Russia or Cuba, but a response in accordance with the previous installation of atomic rockets in Italy and Turkey, targeting all the capitals of the Warsaw Pact countries, an organization of communist countries in opposition to NATO, and to various Russian cities, as close as Cuba to Miami.

The United States, it was to be expected, could not allow this threat so close to its territory, so by blocking the entry of Russian ships to Cuba, closing the Gulf of Mexico with warships and fighter planes, finally reached an agreement between John F Kennedy and Nikita Khrushchev, to abandon such an idea. The world was about to fall into an atomic war, but the common sense of both countries overcame the crisis, although the Cubans were not very well pleased by this agreement.

At that time, everyone was happy about this result that saved the world from certain destruction, but what no one found out, is whether it was fair or not, the initial decision to place nuclear rockets so close to Russia. If Russia had not made the decision to do something similar in Cuba, causing a crisis very well covered by the Western media, it is most likely that NATO's provocation of Russia would have gone unnoticed.

TODAY, the same thing is happening.

When the Soviet Union fell, and ended up splitting into the Russian Federation, and other minor Euro-Asian and North-European republics, one of which was the Ukraine; the Warsaw Pact was undone, and NATO, which remained in force, assimilated many of these small republics, which had previously been members of the Soviet bloc.

Although there was a treaty between the Russian Federation and NATO, directed and totally dominated by the United States, not to admit or establish nuclear rockets within the countries bordering the Russian Federation, in practice this was not taken into account. Thus, nations like Poland, Lithuania, Estonia, and others, entered the NATO pact, until Ukraine also requested admission within this organization, and it was proposed to establish high-range nuclear weapons, again within hours of Moscow and others important cities of Russia.

This immoral provocation caused the determined reaction of Russia to request peacefully, the non-admission of Ukraine to NATO, nor the placement of long-range atomic material, for being a danger to Russian integrity, in the same way as the Russian rockets in Cuba were for the United States. The only difference is that, this time, the American president Joseph Biden Jr, did not change his mind, as Khrushchev did in his time, but with the argument that Russia cannot impose decisions on a sovereign nation like Ukraine, Russia had no right to claim anything; regardless of the fact that this same 'sovereign nation' argument was never granted to Cuba, which, on the contrary, saw its sovereign right trampled by both countries, the United States and Russia, without being consulted at all about the decision to desist the placement of rockets on the island by Russia.

Before the event took place, on February 24, 2022, Russian forces began to enter Ukraine, in order to avoid the plan for the admission of this country into NATO.

WHAT IS THE CHRISTIAN POSITION?

As biblical Christians, we cannot support any war that is not strictly defensive.

By 'defensive', we refer not only to the counterattack against a direct and current aggression, but also to the beginning of a preventive action, such as the Russian attack on Ukraine, which despite everything, it was on self-defence on a nation that is really, ethnic and culturally Russian.

Faced with this particular conflict, we must distinguish between the right and wrong of both sides.

The very existence of the North Atlantic Treaty Organization (NATO) is undoubtedly a provocation, since although its birth was justified to prevent the advance of atheistic Communism to the Western Christian world, the danger of Communism as a corruptible doctrine ceased when Russia resigned to it under Boris Yeltsin in 1991. Now NATO is a provocation against the free Russian Federation, which they continue to see as an enemy due to their independent life from the bloc subjected to the United States.

This clearly shows that Communism was never the reason for the existence of this organization, but to safeguard the world dominated by the United States from any another influential power, Communist or not, and this is demonstrated when in the midst of the Cold War, the United States signed peace treaties with Mao Tse-Tung, founder of the communist People's Republic of China against Russia, without caring about the abuses of human rights in this Asian country.

The attack on Ukraine is justified as a preventive act in protection of Russia's internal security, but after this, it wouldn't be.

Any further advance by Russia to countries beyond the border with Ukraine, or to other established neighbouring countries whose NATO membership is already achieved, would be unjustifiable, since none of these nations has the capacity to start an attack on Russia. BUT if all of NATO were to start such aggression, as could potentially happen, it would in this case be unfair on NATO's side and justified any act of defence on Russia's part.

WHAT SHOULD WE DO?

God YHWH is in charge of everything in this world.

It will be the will of God, whether express or permissive, what ends up happening in the near future.

Although we know that the world is coming to an end, and the coming of Christ is closer than ever, we still care about the development of these events and their consequences.

We must pray for peace, so that both blocs reach a satisfactory and fair agreement.

We must help the people on both sides, because the civilian population is innocent of these things, whether they are from Russia or the Ukraine.

We must treat the soldiers of both sides with respect, because they only fulfill their duty, and what their reasoning tells them.

We must denounce and condemn physical violations, summary executions, and other abuses of war that may occur, regardless of the side that does them.

BUT let us Children of God keep the peace, knowing that nothing in this world happens without the permission and will of GOD.

In safe hands we are all, both living and dead.