THE KEYS TO THE KINGDOM OF HEAVEN 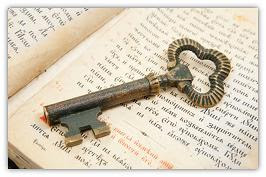 THE KEYS OF THE KINGDOM OF HEAVEN

After Jesus Christ called Simon, Petros (Stone), and said that He will build his Church over the declaration of Simon, that Jesus was the ‘Messiah and the Son of God’; the narrative of Matthew 16, continues on to say that Jesus also said to Simon:

WHAT ARE THOSE KEYS?

It has been a custom to issue the keys of a mansion only to the Butler, or other servant empowered over the rest of the employees, and answerable only to the one who owns the keys together with the mansion.

Also, it has been a political usage to issue the ‘Keys of the City’ to certain illustrious benefactors, in sign of gratitude and recognition to service rendered; and as sign of a permanent invitation to come whenever the receiver of the keys wants. Allegorically, he or she, has now the keys to ‘open the city’ and access it at will.

It implies authority. And in the case of Peter, the Keys to the Kingdom of Heaven, were an authority.

An authority that conferred to Peter the capability to let people enter or not enter salvation.

It was never heard that such an authority was conferred to men, and now the Son of God was conferring part of his own authority to Peter, to let or stop people from entering Paradise (John 20:21-22).

But in what exactly consisted such authority, it can be seen in the words that followed immediately:

Here the word ‘καὶ’ (and) serves as a grammatical link between the subject (The Keys), and the function of them (Bind and Loose).

Therefore, it is clearly expressed in the verse, that the ‘Keys of the Kingdom’ given to Peter, is the authority to ‘bind and loose’. The authority to pronounce doctrinal and moral judgement with God’s authority.

TO BIND AND LOOSE

The expression to ‘bind and loose’ has been misunderstood by some groups of Christians, thinking that it means to ‘bind’ demons, and to ‘‘loose’’ or free humans from the devil’s grip. But that is a totally opposite meaning of what ‘Bind and Loose’ means.

The expression was common from before Jesus’s time, and it was applied usually to the Jewish Sanhedrin’s authority to settle cases of doctrine, moral and disciplinary nature, beyond which there was no appeal. That was done in virtue of Moses’s authority (Matthew 23:2-3)(1).

When Jesus gave this power to Peter, He was taking away this authority from the Jewish authorities, and giving it to the common man, in this case Simon-Peter.

According then to the established practice of ‘binding and loosing’ to which also Lord Jesus referred, the power that Jesus conferred to Peter was the authority to pronounce judgement on matters or doctrine, moral and discipline, in the Name of Jesus, and it is understood, according to His will, and not according to Peter’s whim.

WAS THIS AUTHORITY GIVEN ONLY TO PETER?

Matthew 16:19 mentions the first time when Lord Jesus gives this authority to his Church, but that is not the only time.

Due to Peter’s correct believe about the person of Jesus, as being the Divine Messiah, he got to receive first this authority, but he was not the only one.

JESUS took everything from the Jewish establishment.

GOD had instituted it, as a corporative religion, but now, his beloved Son, dismantled it.

Jesus took the crown of David, and took the Throne of Israel from them all (Luke 1:32-33)

Jesus took the priesthood from them

AND NOW, JESUS took their exclusive authority and gave it to his Church, the same as the priesthood and the Temple worship.

As Lord Jesus opened up the royal priesthood to all believers (1Peter 2:9), and established the new Temple in themselves (1Corinthians 3:16), now Jesus gave his whole Church the authority to ‘Bind and Loose’ with divine authority; authority that up to then was a prerogative only from the Supreme Jewish Council.

NOW the Church of Christ could make official pronouncements on doctrinal, moral and disciplinary topics; and pronounce official absolution of sins, as well as refuse to absolve in case of unrepentant manipulation (John 20:22-21).

In Matthew 18, Jesus extends this authority to ‘Bind and Loose’ to the whole community of believers, not just Peter:

And to confirm that this was given to the whole group of believers, and not just the Apostles, He continued saying:

“Again, I say to you, if two of you agree on earth about anything they ask, it will be done for them by my Father in heaven. 20For where two or three are gathered in my name, there am I among them.”

Making clear that wherever true Christians meet, regardless of number, status or place, in freedom of captivity, male or female, rich or poor, in a mega church or a garage, a million or two, JESUS is in the middle of them, if they meet under his Name and will; and therefore, His authority to ‘Bind and Loose’ when done in mutual agreement and in accordance to His Will, it is also with them.

HOW BINDING AND LOOSING IS EXERCISED

Two things are important to have clear before we elaborate on the mechanics of this authority.

GOD is the owner of all authority, including delegated authority, like in this case.

GOD’s Will precedes all delegated authority, like when we read in pubs: “Management reserves the right to admission”. In the same way, this authority must be exercised according and along the will of God and never against it.

When JESUS said, that the same ‘will be done in Heaven’, this principle is assumed.

For example, in the middle-ages, the knights used to get advance absolution from Confessors so that once they killed children and raped women, they will think that they were already forgiven for those crimes in advance. BUT in reality, they were not.  God forgives repentant sinners, not manipulators, so even when the Church pronounced absolution on them, this was never effective, because they were planning to do evil unrepented.

An opposite case is the execution of holy martyr Jan Huss. When he was taken to be burn alive for preaching that the Church should not be rich and that they should go back to the gospel teaching, he was refused absolution by one of the Popes of the time (There were three at that time), so that his ‘soul should burn in Hell’ in literal words.

He commended himself to Jesus and asked for forgiveness, and he died without the consolation of a Confession and Absolution. In this case, this Pope claimed to have divine authority to retain Huss’s sins, but this was NOT the case.

As Jesus commanded to forgive all repentant sinners (Matthew 18:21-22), the Church that executed the saint Jan Huss, acted against the express will of Jesus, and therefore, their authority became without effect. Huss was forgiven by our Lord Himself, who is the only one who holds the supreme authority in the universe.

The Church exercises this authority, when with in common agreement they make pronunciations on doctrinal matters, like when it says that the Bible is infallible and inerrant; or moral issues, like when it condemns abortion and homosexual marriage; or disciplinary, when the Church in mutual agreement pronounces condemnation against someone who openly shows to be an enemy of Christ and humanity, either through genocide, corruption or persecution.

The Church also can officially absolve communal sins, like adultery within the community, or murder, or other social crimes that are notorious and affect the whole Christian community. In this case, they do not forgive, only GOD can forgive, but after repentance and forgiveness from God, the Christian community pronounces the sinner, repented and back into communal life, lifting his guilt.

In the opposite case, it can retain sins by excommunicating sinful Christians, who openly promote corruption or sinfulness, like abortion, same sex marriage, or racism; and hold them like that, as unrepented, until they repent.

Alto when they administer the Sacraments. An Elder has the right to refuse communion to an open sinner, or to refuse baptism to an unconverted person, or refuse marriage in cases where no mutual agreement or a lie stands in the middle.

How effective is this authority, is according in how much it complies with the express will of God, and the number of people that supports it.