IS TRUE CHRISTIANITY IN THE HANDS OF MANY? 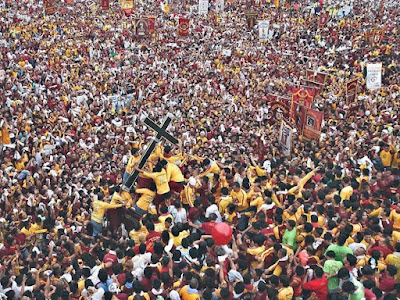 IS CHRISTIANITY REFLECTED IN THE FAITH OF THE MAJORITY?

Many times, while discussing over religion with other people, once they are confronted with explicit truths from the Bible that do not accommodate to their views, they say:

“But that is what most of us have held in the world from the beginning, we cannot be all wrong”.

And then they add:

“That is only believed by a small bunch of people, they are certainly wrong”.

It is true that for an idea to be held by a large or significant group of people, it needs at least to be coherent, understandable, and contain at least some truth in it. Most people are capable to notice plain errors and wrong ideas, and in religion is not different. If an idea is held by a majority of people, it is definitely understandable and possible.

For example, the idea in mainstream Christianity of the Trinity, is widely held by most. It is understandable, it is clear; and that is enough for people educated in the faith to accept it. But to be true, it requires a bit more.

The fact that Jesus spoke of a Father in Heaven, leaves clear the idea that He was not that Father. And that is the amount of truth required as a minimum for this teaching to be accepted in the minds of the believers. However, in what way is Jesus related to his heavenly Father is something that requires more information, and which is neither pursuit not known by the majority of Trinitarians. But if we search deeper, we will realize that to be GOD, you can only be ONE. God being Almighty, He has no equal, therefore there cannot be two gods, but only one and supreme. After a careful consideration, we come to the conclusion that this ONE GOD, manifests Himself in three forms, as FATHER, SON and SPIRIT. And that even those three, who manifest as three independent beings, they must be three different but simultaneous manifestations of this single and unique GOD, if we consider the Son and the Spirit to be divine.

That would be the truth required to settle the idea. Because if God was modalist the three manifestations would never happen at the same time; and the other possibility would be to deny Jesus’s divinity, divinity that is clearly stablished in the NT.

We can arrive to a certain truth if we search for it properly, but sadly that is not the reaction of most ‘believers’; and therefore, with the little attention they give to spiritual matters, it is doubtful that the majority would be correct, just because they are the majority.

The idea that Christianity is the religion of the majority is born from the declaration of Lord Jesus when He said that the Gospel, which started in small scale like a mustard seed, would grow until it becomes a large tree, where even the birds of the sky (people who don’t believe but benefit from Christian morals) would make nests on it (Matthew 13:31-32).

The ‘majority is the truth’ followers, attribute to this parable the idea that anything held by the majority is necessarily true. Since that is the case, anything believed by most Christians cannot be wrong.

But that is not what the Lord tried to communicate with this parable, save that Christianity, as an influential force in the world, would increase so much, that would be incomparable to her humble origins.

But regarding the salvation of mankind, and the truth that requires to be held to attain it, our Lord told another comparison in explicit words, when He mentioned that:

Even though our Lord prophesied that the influence of Christian culture would affect the world; He also made clear that this influence had nothing to do with the path to salvation.

To Lord Jesus, true Christianity would be the path of the minority, a hard, not an easy path; and furthermore, that ‘ONLY A FEW WILL FIND IT”. Not ‘make it’, but ‘find it’.

All Christians from all denominations agree that not all who profess faith in Christ will be saved. Each group in their own way accept that we need to persevere to the end to attain salvation, in whichever manner each group teaches it; but perseverance to the very end is required.

If by principle we all accept that not all Christians will be saved; the it should not be a surprise to us than not the majority will be saved either. Not because God overlooked them, but because most of humanity are so involved into their own lives and personal interests that pay no attention to their spiritual reality, and therefore, no attention to the message of Jesus Christ.

Even though salvation is achieved by faith and repentance in Jesus Christ, and not in a set of believes or specific creed. Even though Lord Jesus is able to save those who repent at the last minute, the point is that even those who are rescued at the last minute by our Lord, are saved because the mercy of Christ, and not as a consequence of having found and followed the truth most of their lives.

Considering the poor quality of religious but unconverted majority of ‘Christians’ throughout history, it would be dangerous to consider that their religious but unsounded moral and theological ideas are correct, jut because the majority of them profess it.

The truth of the Gospel of Jesus Christ is not in the hands of the majority of Christians, who are unconverted, living in sin, who have no knowledge of the Scripture and are deaf to the Holy Spirit. They are on the ‘wide and easy’ road that leads to damnation (Matthew 7:13).

The truth of the Gospel is in the hands of the few Christians who have experienced a personal encounter with their savior, who live according to his will every day, who search for his will reading the Scripture every day, and listen to the guidance of the Spirit of God, in them, and in the community of the converted.