THE MEANING OF CHRISTMAS 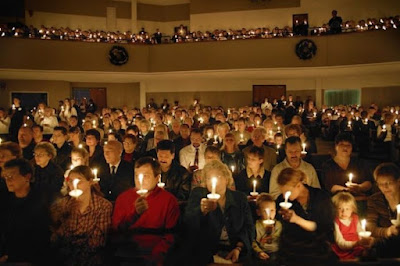 THE MEANING OF CHRISTMAS

All over the world, most Christians remember in ‘Christmas’ (Mass for Christ) since the 4th century, the birth of our Lord and Savior JESUS CHRIST.

Christmas is celebrated on three different dates depending of the Church that celebrates.

According to the Western Gregorian calendar:

The Armenian Church celebrates on the 6th of January, keeping the most ancient custom of Eastern Christians, together with Eastern feast of the Baptism of our Lord.

The Old Calendar Orthodox and Coptic Church, on the 7th of January, which is equivalent to the 25th of December in the Eastern Julian Calendar, the original Christian calendar.

Western Christians on the 25th of December, according to the Papal Gregorian Calendar that came in force in 1582.

WHY THE 25TH OF DECEMBER

Nobody really knows for certain when our Lord Jesus was born. In fact, the first Christians did not celebrate the Nativity of Lord Jesus as it was not a Christian custom to celebrate anyone’s birthday, but the date of their death, when they considered was our real birth into life.

Nevertheless, it can be deducted that it must have happened during Spring or Summer (March to August), since the shepherds were guarding the sheep during the night (Luke 2:8), which would be most improbable during winter, which is the season marked as 25th of December in Israel. And fifteen months after the one of the administrations of the priestly division of Abijah (Luke 1:5, 26). But information is so limited and ancient, that it cannot be identified beyond doubt and dispute.

However, the Ancient Christians, as they became less Judaic and more gentile, adopted the use of celebrations of birthdays, and one of them was the need to celebrate the birth of Jesus. The 25th of December (7th of January in the Roman Calendar of the time) was chosen because it was the date of the celebration of the SOL INVICTUS, or Invincible Sun for the Romans. The bishops, trying to eradicate this custom from an unconverted people, replaced the pagan Sun for the birth of JESUS, and since then it stayed on that date.

IS IT SINFUL TO CELEBRATE THE BIRTH OF JESUS ON AN OLD PAGAN DATE OR AT ALL?

Many Christians refuse to celebrate Nativity Day or Christmas, based in the fact that it is not a biblical command, and most from the idea that since it replaced the pagan day of the Sun, we are really celebrating a pagan festival and not a Christian one, specially since Jesus was most probably not born on that date.

But whatever the Bible does not directly forbids, like killing unjustly, or thieving, it is not sinful. Therefore, to celebrate birthdays, national days, wedding anniversaries and the like, are not sinful at all, because they are not forbidden in Scripture, neither contain any evil message.

On the other issue, the date chosen to celebrate the earthly birth of our Lord could be any date, regardless of what pagan god any religion chose to celebrate on that day, since GOD is the only owner of time, and not the devil; and since we celebrate the nativity of our Lord and Redeemer JESUS, we are not participating of any pagan element in it. We are celebrating a Christian festival and not any pagan one, and it is not sinful at all.

On the modern 25th of December, Christians chose to remember the nativity of our Savior and Lord JESUS CHRIST OF NAZARETH, and we do it out of our own accord, and the presence of Jesus sanctifies the celebration. We congregate in churches, sing hymns and carols, and meditate on the Scriptures and the meaning of the birth of Jesus. Then we go to our homes to dine with family and friends, forgetting all offences in the Name of our Savior.

But also. we must respect our brethren who chose not to celebrate, as our Apostol Paul says in Scripture:

“Therefore, if what I eat causes my brother or sister to fall into sin, I will never eat meat again, so that I will not cause them to fall.”

We should not fight or offend each other if one of us has rejection or is not sure about the legitimacy of the celebration. The celebration is good, but IT IS NOT A BIBLICAL COMMAND. Therefore, we must salute them as always, love them as always, and keep communion with them as always, regardless of what they do. If they decide to cut from us, let them be them who do it, but never on our part. That would be sinful on our part if we do.

As the Feast of PURIM was adopted in the times of the ancient Jews and celebrated in the times of our Lord, we also have adopted Christmas to celebrate the Nativity of our Lord Christ. And it is an opportunity, not only to give Him thanks for his mercy and incarnation, but also to meditate in the love that drove the Logos to become man and to die for us on the Cross, and carry on this message on those around us.