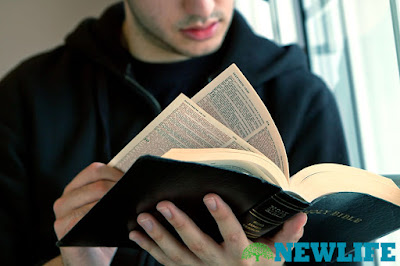 In modern biblical Christianity, the big emphasis in Grace and Faith alone, provokes personal responsibility in the process of salvation void, making the whole redemptive process a divine one side effort, where human intervention is seen as totally unnecessary.

GOD SAVED US ON HIS OWN INNITIATIVE

After the Fall of Adam, humanity was lost. Regardless of what is the exact meaning of ‘You will die’ (Genesis 2:17), the fact that after eating from the forbidden tree, they were in a disrupted relationship with God and it was impossible for humanity to fix that breach.

The impossibility that humans had to repair the damage was not due to lack of will from their part, or God refusal to forgive them; but it was due to God’s nature.

Being GOD absolutely perfect and just, his eternal nature demanded repayment for the sin committed. Being humans the guilty party, they were incapable of offering anything of themselves to repay their own sin, saved their own lives, which would mean eternal death, physical and spiritual, leaving no room for redemption.

Out of love, God designed a redemptive process that involved his incarnation as a human being, so that He could offer in his human nature, an eternal sacrifice in compensation of the sins of all humanity; not only for Adam’s sin but also for all personal sins committed (Romans 15:16). In other words, God alone provided and received the atoning sacrifice for all of us, and if He had not done this, we would be irreparably condemned for eternity. That is the irreplaceable Grace of God.

However, God did not force this redemption on us without our consent. All ideas that imply God’s overpowering our own freedom, either from double election before creation, to indiscriminate election after the fall, are based on misunderstood Pauline passages regarding election and predestination.

If God had predestined certain humans to Hell, He would be playing with sentient beings as if they were without feelings, and that would go against his moral nature and justice.

On the other hand, if He had chosen a few from a pool of lost humans, He would have created a world without free will, because after all, this post-fall election will be done over the elect’s choice, anyway, producing a group of non-free agents saved beyond their will.

By what is revealed in Scriptures about God’s perfect justice and mercy, we know that God wants a group of free-willed beings who chose to follow Him, who desire the things He desires, to be able to live in his presence for eternity.

Even though humans are incapable to save themselves, and the redemptive process is designed and it is carried out by GOD ALONE, God still needs human acceptance of this redemption and an honest desire to persevere by His side for eternity, before applying Jesus’ atonement on the elect.

Human free willed decision is essential to the salvation process, and it is impossible without their consent and participation. God cannot save those who do not want to be with Him.

St Paul makes this clear when speaking about Grace and Faith in his epistle to the Romans.

When speaking about the gift of salvation by faith in Jesus, he said:

“If you declare with your mouth, “Jesus is Lord,” and believe in your heart that God raised him from the dead, you will be saved.

In this apex of Pauline theology, even though he openly denies salvation by self fulfilment of the Law of Moses, which includes not only ceremonial but also moral laws (Romans 7:7-8); he says that whoever believes in Jesus is made righteous by this conviction, the same as the parallel he did of Abraham chapters before, when he said that ‘Abraham believed God and that was counted to him as justice’ (Romans 4:3); however, the process is not fulfilled yet.

He also says that by confessing publicly this faith, by declaring Jesus to be Lord, one is ‘saved’. With this he demands an action, which is the public oral declaration of our convictive faith. Faith that implies our submission to Jesus as Lord.

This redemptive process it is only completed by having personal conviction and the action that follows that conviction. Neither a disobedient faith, not a fake confession of lordship would bring salvation, but only a faith followed by consequent actions.

In Judaism you are catalogued according to the quantitative execution of the Mosaic precepts, but in Christianity you are bound to the law of the Spirit, which is not quantitative but qualitative, being the practice of holiness, a desire born from a converted heart, without fear, under the conviction that we have our redeemer on our side.