JOSEPH OF NAZARETH, THE FAITHFUL AND WISE SERVANT 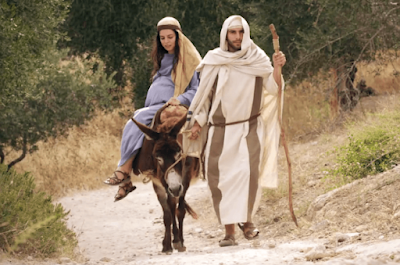 THE FAITHFUL AND WISE SERVANT

Little is known about the head of the Holy Family, and reputedly ‘Father’ of our Lord Jesus, Joseph of Nazareth.

There are many legends invented around him from the first centuries to the middle-ages; and many hypotheses proposed by critics that try to fill the empty periods of his life in the collection of data we have in the NT, which do not fill a page.

We know Joseph was from Davidic Royal lineage (Matthew 1:6,16; Luke 2:4; 3:23, 31-32). Through him, and reputedly from Mary as well, so that our Lord Jesus inherited the legal and blood line succession to the throne of David, eternally, since He lives forever.

We know Joseph must have been a Nazarene by birth, the same as Mary (Luke 2:4-5).

There are different legends about his private life. Some say that he was a widower, with sons and daughters (Matthew 13:56; Mark 6:3) who were older than Jesus, and that is why they did not accepted Jesus at the beginning (John 7:5). Others say that he was single, and had children with Mary afterwards (Matthew 1:25); and some others say he was chaste all his life; but none of this is written clearly in the gospels.

We know he became betrothed to Mary. How old he was by then, is unknown. But he must have been a common man in love with his fiancé, since he did this prior to any of them knowing about Jesus, and the roles that would take over their lives for eternity (Matthew 1:18; Luke 2:5).

We know that regardless how old he was, he was able to procreate, and strong enough to work alone, support a family, protect it against all dangers, and walk for great distances.

And we know he disappeared from the gospels around the last year of Jesus’s public life (John 19:26).

APART FROM LEGENDS and tales, this is what is given to us from the Gospels and nothing else.

WHAT WE CAN GATHER, from this little information, is that Joseph demonstrated at least, 31 years of faithful service to God and Lord Jesus, by providing food, a home, education, and protection against all adversities, even from armed men who tried to kill them.

He sacrificed his reputation as a decent man, by marrying a woman who was already pregnant, but he cared little, since he knew he was serving God and his greater purpose.

He did not speak much, unless in his role of protector, since the Bible has no input of his sayings, even though, as a father, he must have taught Jesus to earn a living, and the social manners of an adult Jewish male.

He risked his life by openly opposing the royal authority who wanted to kill Jesus. Joseph could have given Jesus up, or abandon Mary and her son to Herod, but he did not. He risked his own life by protecting the Holy Family without a doubt.

Joseph proved to be the best example of the servant faithful and discreet, who served GOD in silence, being dutiful in everything he did, to execute the purpose of his Creator.

Many more legends have been created around the person of Mary, the mother of our Lord, as indeed she was a good servant of God and his Son Jesus; but also was Joseph. He was a crucial part in protecting a young mother and her new born baby from road criminals, murdering kings, zealous religious men, while earning the daily living as a tradesman, at least until Jesus could start learning the trade.

Joseph taught so much to our Lord as a man, that Jesus must have never forgotten him, and must have cried for him, like He never cried for Mary, since most probably died of old age, and He saw him dead.

No glories of later resurrection, or elevation to Heaven were written about Joseph, even though he gave it all as a man. He could not be chosen to the mother of our Lord for the simple fact that he was a man, but he served Jesus and Mary to the max of his manhood.

He was the golden hero of the faith indeed; and we Christians today, especially men, we should imitate his example, putting God’s interests and our families, before our own, as Joseph did, until all men of God meet up before our Father in Heaven.