HOW ELECTION AND PREDESTINATION TAKES PLACE 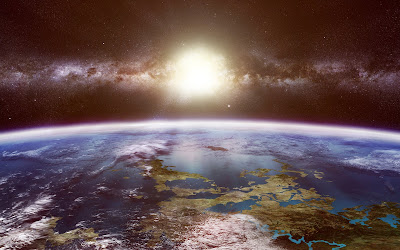 HOW IS THE PROCESS OF ELECTION AND REPROBATION OF THE PREDESTINED?

The Scripture is clear that there are two issues involved in what is called the Predestination of the Elect, and also in all the other doctrines that depart from it, like the Perseverance of the Saints, and the Sanctification and Glorification of the Saved.

The Bible is explicit when it says that all the Elect that come to Jesus Christ, have been elected for salvation from before the creation of the world:

“Blessed be the God and Father of our Lord Jesus Christ, who has blessed us in Christ with every spiritual blessing in the heavenly places, 4even as he chose us in him before the foundation of the world, that we should be holy and blameless before him. In love 5he predestined us for adoption to himself as sons through Jesus Christ, according to the purpose of his will”

FREE WILL TO CHOSE

At the same time, the Bible is also clear that we have the responsibility in choosing good from evil, and accepting or rejecting the Gospel, without any coercion:

“The Lord is not slow to fulfill his promise as some count slowness, but is patient toward you, not wishing that any should perish, but that all should reach repentance.”

SORTING OUT THE DILEMA

It is indeed perplexing the co-existence of these two doctrines in the Scriptures that seem to contradict each other.

Eastern minds which are more mystic than Western critical thought, have always admitted the existence of these two concepts, one to glorify God for his mercy in electing us; and the other as a warning that we have a responsibility to remain within God’s will to be saved; and also admitting that the point of balance of these two doctrines, remain beyond human understanding and are both true.

Western thought on the contrary, have tried to make sense of these two apparent contradictions, either by denying Godly election, or by admitting unconditional election, totally based on God’s will, without taking into consideration human response, which is assumed to be based according to predestination God has assigned to them. This last doctrine has even  proposed the idea that God has created people for salvation and others for condemnation out of caprice, playing a game for his own amusement, and that humans have no right to object on the matter, but only to accept their terrible or glorious destiny in silence.

The Roman Catholic Church has changed her position between the indiscriminate election of St Augustin, to the support of free will, as modern Catholic theologians have suggested since the 19th century.

Reformed Churches are divided between unconditional Election and Predestination and the existence of free will and Personal Responsibility to attain salvation for each human.

The Bible speaks clearly of the moral values of God.

He is merciful and just to perfection. If there is something we know is unjust, we can know that God will reject it, because He is infinitely more Just than any creature in the universe.

If we humans don’t dare to create a sentient, self- conscious being, like a clone, to then burn him in an oven, just to see how he suffers for pure amusement, because it would be a criminal and sadistic action; then we can be sure that GOD, who is more merciful and just than any human, will not do such a cruel act either. Most definitely, Double Predestination is a Satanic doctrine by its nature itself.

But on the other hand, Moderate Predestination, the one most Calvinist and other Pelagian theologians sustain, teaches that once fallen into sin in Adam, all humans deserve condemnation, and that in his mercy God has decided to save some, while leaving others to pay for their sins; is also morally stained, according to Biblical standards.

The Moderates argue that since all humans deserve eternal damnation, and that God has no moral obligation to save any, even if He decides to save one, that will be an infinite act of Mercy, let alone millions of humans, as He has done.

This may seem an acceptable argument, but sadly is inconsistent with the Holy Spirit’s teaching on morality, written in the NT.

Lord JESUS CHRIST, taught the parable of the ‘Good Samaritan’, teaching his listeners to understand true mercy and love as a way of salvation (Luke 10:25-37).

In the parable, the Good Samaritan is set as an example of the obligatory command to love one another. It is not a choice; it is a necessity. The Samaritan had no obligation to assist his enemy, but he did anyway, and took personal care about his wellbeing until the Jew recovered. How the GOD who taught us the need to assist each other, would abandon to eternal suffering fallen humans, especially since He is able to save them, contradicting the moral values He Himself taught humanity?

When an offence is committed, the victim has the right to forgive or to collect reparation. And if a human decides to fight back, he would not be taken as violent or unjust, but as just and courageous. But in the Christian environment, we are obliged to forgive as we are forgiven, so we must forgive, not because we have no right to collect reparation, but because GOD in his infinite mercy also forgives us always our offences, and wants us to be the same as Him (1Peter 1:16). HOW THEN, could a merciful GOD like this, leave to eternal suffering fallen humans, denying them the Grace to be saved, being able to do it? That is also another act of cruelty, conceived in the mind of people who do not know God’s perfect nature.

HOW ELECTION AND PREDESTINATION IS DONE

John Chrysostom mentions it in his ‘Homilies on Romans’, specially in chapter 9; but he was not the ‘inventor’ of this theory, but only the most famous echo of this a established doctrine from earlier times in Christianity.

2 – However, this Predestination, made in based of a previous Election, is not an arbitrary act, or purely based on God’s whims. (Ezekiel 18:23); but on foreknowledge of human response in life, once they are born (Romans 8:29-30).

3 – All humans are assisted by the grace of God to overcome the tendencies of their fallen nature, and make a clean choice to follow good or evil, or to accept Jesus or reject Him. Those decisions are entirely subjected to our free will, and also the effort to persevere in God’s path to the end of life, through many temptations and adversities (James 1:12; 1Peter 5:10). God can help those who seek Him, and abstain from helping those who reject Him, but He does not force anyone’s decision ever. Each man becomes responsible for their own decisions

4 – The decisions and actions we freely do in this life, are known in advance by God before He even created the world, Adam and Eve. And knowing our final outcome, He has dictated already sentence in all humans, setting in the Book of Life all those He knows will struggle freely until the end; and setting to Perdition, like Judas Iscariot, all those who will abandon the faith and goodness to follow evil.

This destiny cannot be altered, not because is beyond our control, but because God has seen our final free decisions, and knows the final outcome, which necessarily will pass.

It is man who determines his election and predestination, not God.

God makes it possible from a total impossibility, and is God who gives us the grace to make those decisions and persevere in them; and He also sustains our lives and provides the atonement in Christ Jesus. But the decision is ours.

GOD takes all the credit because only through his Mercy, salvation is possible; but He does not force a decision on anyone.

That is why our Lord Christ said about our own decision in regards to our election:

“He who overcomes will thus be clothed in white garments; and I will not erase his name from the book of life, and I will confess his name before My Father and before His angels.”

GOD is most Gracious and most Merciful, beyond the thoughts of the best and noblest of humans.

The road to salvation has been provided to all humanity, but to follow it, it is entirely our election.