DO WE CELEBRATE CHRISTMAS ON THE DAY OF THE ROMAN SUN? 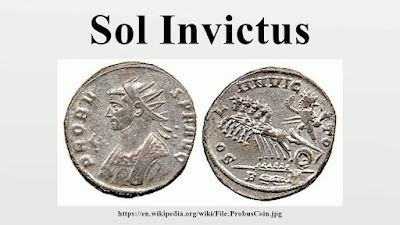 ARE WE CELEBRATING THE SOLSTICE DAY ON THE 25TH OF DECEMBER?

Some Christians are afraid of uniting themselves to the Nativity celebration of our Lord Jesus Christ because they have heard that the ancient Church chose the pagan day of the ‘Invincible Sun’ imposed by Roman Emperor Aurelian in 274, on the 25th of December. But that is not correct.

The Calendar in used by the time the 25th of December was chosen, was the ancient Roman Calendar imposed by Julius Caesar in the year 46, which was called ‘Julian’ for that reason. It was on the 25th of December of that calendar that the Romans celebrated their pagan festival, which is equivalent to the 7th of January on our modern calendar.

Then, the whole Western world keeps Christmas on the 12th of December according to the original calendar the primitive Christians used to celebrate the Nativity, and not on the 25th of December which was the date of the Invincible Sun.

Far from any pagan concept.