LIFE AFTER DEATH IN THE WORDS OF PETER 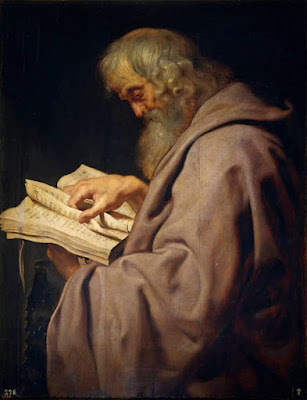 LIFE AFTER DEATH IN THE WORDS OF PETER

As much as it is true that we should never define a doctrinal point unless we have considered and understood all passages in the Bible regarding that topic; it is important to analyze deeply every verse and passage that deals with the issue.

Conscious life after physical death. A concept denied by a minority of Christians; those who believe that when we die we become unconscious until the resurrection; or those who deny any kind of spiritual existence after death, either conscious or unconscious, teaching that the body, soul and spirit extinguish once we die, like the Jehova’s Witnesses and Seventh Day Adventist, are some of those groups.

Regarding this point, the second epistle of Peter has some interesting ideas that are worthy to be consider.

THE CONCEPT OF PETER ABOUT SPIRIT AND BODY

In the first chapter of Second Peter, it says this:

“13I think it right, as long as I am in this body, to stir you up by way of reminder, 14since I know that the putting off of my body will be soon, as our Lord Jesus Christ made clear to me. 15And I will make every effort so that after my departure you may be able at any time to recall these things.”

There are three expressions that speaks indirectly about the concept that Peter had about his own Spirit and Body, and his conscious existence in general.

When Peter is referring to his coming death, instead of saying ‘As long as I am alive’ or ‘As long as I live’, which it would be the clearest way to denote our conscious existence as a whole, and that death will bring an extinction to that consciousness and life, he uses an expression that denotes a spiritual existence and identity totally distinct from our physical existence, ‘his body’.

Peter says ‘As long as I am in this body’; where ‘I am’, means that he thinks that he remains being himself after death, denoting existence, either conscious or not, while separated from his physical body. Definitely, the expression ‘in this body’ denotes that he considers ‘himself’ (I am), as a temporal resident of his own body, which is not himself at all.

Another expression that shows that Peter considers his consciousness and real self, a spiritual reality and nature, totally divorced from his own material existence.

He speaks of his own death, not as if it was a cessation of existence, but only the leaving of his physical residence (putting off), implying that he himself, will continue on, after his own expiration. Even though he does not openly declare permanent post mortem consciousness, at least it is clear that he considers himself as being his spirit, and not his body, who will continue on after death.

Finally, Apostle Peter uses the expression ‘After my departure’, that clearly implies that he considered himself to be of a spiritual nature, inhabiting temporarily a physical body, which ‘he’ will leave (Depart) at death.

In these three verses, it is clear beyond a doubt that apostle Peter, and as a consequence, all the apostles, believed that their consciousness (Soul) inhabited temporarily, like a resident, a physical human body, the one they will eventually leave and pass on at the time of physical death.

Since the consciousness is born at the union of נִשְׁמַ֣ת  חַיִּ֑ים (Breath of Life) and בָּשָׂר (Cuerpo carnal), it is understood that in the Apostle’s mind, he considered his consciousness to reside independently from the physical nature, and continued living, at least for an indefinite period of time after death, in union with his own Spirit.