DOES 2PETER 1:20 SPEAK AGAINST PERSONAL INTERPRETATION OF THE SCRIPTURE? 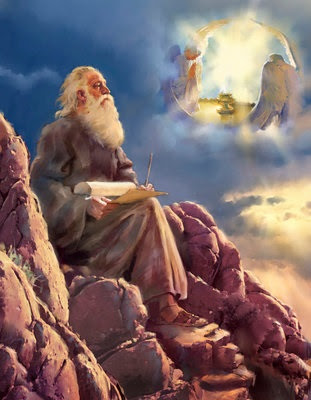 DOES 2 PETER 1:20 SPEAK AGAINST PERSONAL INTERPRETATION OF SCRIPTURE?

“Knowing this first of all, that no prophecy of Scripture comes from someone’s own interpretation.”

We hear this verse usually from Churches that pretend to monopolize the message from Scripture, and one example of this, is their own interpretation of this passage, claiming that it is an apostolic prohibition to ‘interpret’ the Scripture by one self, and that the Bible is so closed to us, that the only ones given that authority, the faculty to understand and explain the Bible, are the leaders of government bodies, like the Pope, Synod, or ‘Prophet’.

WHAT WAS THE CONTEXT

To understand properly the real sense of the passage we need to read from 1:18 to 2:1

Peter is claiming that as an Apostle of Jesus, and eye witness of his Glory and message, from all people in the Church at the time, probably between the year 65-68, who had the gift of prophesy, the apostle’s prophesies were the most trustful of them.

Peter mentions this because as we read in the first verse of the second chapter of this same letter; there will be false teachers who will also claim to have had prophesies and revelations.

In a world without a complete NT, the living church depended much on daily divine guidance, and current prophecies were at the core of this guidance all over the Christian world at the time. BUT from all ‘prophecies’, some were not clear, some came not from the Holy Spirit, but from people’s own imagination. Here apostle Peter however mentions that prophecies coming from those who had lived with Jesus and had seen themselves the glory of his divine being, were to be trusted because they came from proven and experienced servants of God, trained in holiness and supernatural events from the beginning.

NOT PROPHECY COMES FROM OWN INTERPRETATION

When Apostle Peter in verse 20 says that “no ‘prophecy’ (προφητεία) of Scripture (γραφή) comes from private interpretation”; he is referring to this phenomenon only, to prophecies, not scriptural interpretation in general.

Further, when he says that ‘no prophecy of Scripture comes from private interpretation’, he is clearly referring to the origin of those prophecies and not to the understanding of them. The term ‘interpretation’ (ἐπιλύσεως) here means not the understanding of the prophecy, but the causing will of the prophecy (ἐπίλυσις). That is why he clarifies that no real prophecy ever came from human will or invention, but from GOD Himself (v.21).

An example of this could be apostle John in Revelation.

In Revelation 7:13-14, John sees the multitude of the saved from the Great Tribulation, but he did not know that until one of the 24 Elders explained to him who they were.

In this case, ‘interpretation’ is the revealing of the mystery he was seeing, a great multitude of men and women dressed in white. It is also the explanation of that meaning by the Elder, who guided infallibly by God, gave John the real meaning of the vision. BUT once the prophecy is given, there is no further interpretation of it by another human being. It has been given, it has been revealed.

2Peter 1:20, speaks of the bringing of prophecy into the world. True prophecy, has never come and never will come by human desire or action, but by the power of the Holy Spirit in the prophets.

“Private Interpretation” (ὅτι πᾶσα προφητεία γραφῆς ἰδίας ἐπιλύσεως οὐ γίνεται·) in this context, refers to the human desire of producing supernatural prophecy, not to the understanding of it once given. Furthermore, it does not speak of Scripture in general.

Scripture was given to men by divine power, through Apostles and Prophets (Ephesians 2:20), and most of them had limited education. They were not ‘theologians’ or ‘Doctors in Scripture’. They were mostly camel riders, fishermen, slaves, and other manual laborers and public servants.

The Spirit of God communicated truth through the limited words of those holy men, so that written in plain and simple language, they could be understood by all.

The idea of an ‘illuminated’ person or a ‘doctor’ to be necessary to unfold the meaning of the Bible to humanity, is a false idea, designed to control the administration of the Word of God, according to the personal interests of the controllers.