CHRISTIANITY AND THE REFORMATION 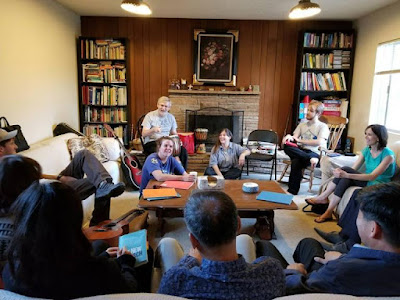 Every 31st of October, Reformed Christians commemorate the setting of the 95 theses nailed by Dr Martin Luther on the door of the Wittenberg Cathedral in Germany, which initiated the Protestant Reformation.

While the unbelieving world drinks, dances and worships Satan during the Halloween celebrations, and Catholics link the day of the Reformation to the Halloween celebration as both being Satanic; most Reform Christians, alias ‘Protestants’, commemorate the evangelical reformation that Luther, Calvin, Zwingli and Cranmer brought about in Europe and that later extended all over the planet, as the day Christianity broke free of dead folklore and mythology that held it captive for more than a thousand years, to finally be free to do what it was meant to do, change the world through the person and message of Jesus Christ.

Many things have been said about this ‘reformation’.

Catholics blame violence against pious practices, like the eradication of monasticism and ascetism, the entering of profanity into the worship service, to the desecration of doctrine and disruption of unity; to Protestants blaming Catholics of surrendering the meaning of the divine Scripture to the personal interpretation of their councils and popes, the introduction of fantasy into the deposit of faith, to the adoption of pagan syncretism in Christian worship. And not only blamed each other, but killed each other violently in the process, both thinking that through burning, and decapitation they were pleasing their God.

THE TRUT ABOUT THE REFORMATION

It is undeniable that both parties did wrong, but did also right.

CATHOLICS, preserved the concept of Scripture in Western Christianity.

It is true that the Canon and the authority of the Bible pre-dates the Roman church, since there was a concept of a canon and scriptural authority in Easter Europe, North Africa and Asia, long before and after Christianity arrived in the city of Rome, and the universal Church has never been without them. But for the Reformers, the only version of the Bible they knew, was the Roman version.

Old Christianity had also developed monasticism in many parts of the world, Western Europe, Eastern Europe, Africa and Asia, even to China, since the 5th century; where Christians voluntarily abandoned life in the towns to live as hermits or in monastic communities, dedicating their lives to chastity, prayer, work and preaching the message of Jesus wherever they lived. These centers maintained alive the faith through persecutions, wars and famines from the time of Constantine util the 16th century.

Finally, even though it was bound by foreign practices, Catholicism gave God a very high level of piety in their worship, and maintained unity through discipline as much as it was humanly possible.

Sometimes the Roman church exults their unity through their common belief in the Pope; but that is only a partial view. They seem to forget that those Catholics who did not agree at different times with Papal decisions, were expelled from the main body, thus breaking the unity of the Body of Christ. Catholics had never kept that illusory unity in real practice.

The Apostles left A CHURCH, a single body of believers, a single conglomerate of independent local communities, united in faith, sacraments and doctrine. They began separating as soon as the last apostle disappeared; so much, that in 300 years, they had broken into 2 main large groups, Arians and Trinitarians. 400 years later, they had divided themselves into 5 main groups: Arians, Assyrians, Alexandrians, Greeks and Romans. And in the next 800 years, the Roman body broke into Protestants and Papist.

All these were consequence of human nature, unable to conform in perfect unity and submission, and all are equally responsible for this break up. The Papal Church prefer to think that they ‘separated’ from them, the ‘true church’; but they forget that that is a relative concept. Historically, Roman Catholicism is only a branch of the original Church, despite of what they may think about themselves. And also, the same concept is used by the other groups, each thinking that they are the only survivors if the ‘true church of Christ’.

Failure to keep this unity, is always the fault of the main Church, and in this case, the Roman Church has never maintained the illusory unity they claim; neither the other branches, which kept subdividing further,

REFORMERS, were on the other part expelled Roman Catholics. There was never an evangelical reformation in other parts of the Christian world. There were subdivisions, yes; Old believers, against New Believers; Armenians from Coptic; Eastern Assyrians from Western Assyrians, and so on. But all of these, never challenged their traditions, the basis of their faith, but only the ‘interpretation’ and application of these traditions.

The Protestant Reformation, with the European power of reason, challenged the very foundations of the traditional form of Christianity they had received, to the very core of the religion.

Being violent by nature, Europeans came to a blood bath to protect their version of the Christian Faith, which both thought to be the genuine one.

But whatever we may take of this, the Reformation freed the worship of God for the world.

The people were given the right to worship God and listening to the public reading of the Scripture in their own language, rather than in a dead ritual language.

The Scriptures were translated directly from the original Hebrew and Greek, leaving aside the ancient Latin version of Jerome and the Roman Bible and canon.

The archaic rituals were filtered, saving only what the Bible clearly required, cancelling all other non-biblical extensions, like the triple immersion; the oil anointing of the baptized; use of candles, and prayers to none other than God Himself, among other things.

Reformation restored the prayers to God alone, and stopped the pagan veneration of dead humans.

It was the biggest attempt in human history to go back to the roots of the Christian faith.

REAL CHRISTIANITY AND THE REFORMATION

In a few words:

1 – Not all that Old Christianity had it was bad.

Monasticism, as long as it was voluntary, was a genuine Christian practice of separation from the influence of the contaminated world.

Even though ritualism was dead, nevertheless, Catholics have a deep reverence for everything sacred or pertaining to God.

And they did keep unity in general terms, better at least of what the Reformers did.

2 – But also not all of the Reformation was good.

Even though the freed the Scripture from Papal captivity, the Reformers had a Catholic sub-conscious mind, and that failed them to progress the reformatting process.

They kept the value of myths from the first three centuries, not to create doctrines, but to ‘clarify’ points in doubt, as if they were perfect.

They kept infant baptism and aspersion as valid, even though the Bible does not teach it, blinded by more than 1500 years the practice.

They lost focus of the core of the faith, sanctioning dissidents, and separating even further from those who thought different, which gave birth to the Dispensationalist movements, like the Watchtower Society, Seventh Day Adventism, Mormonism, and others.

But what it is evident, is that they all forgot that GOD was WATCHING.

The HOLY SPIRIT, freed the people of God to worship God in Spirit and in Truth, abandoning all sort of liturgical worship, Catholic and Protestant, and worshipping God freely as the Spirit moved them.

Sacraments were freed from sacerdotalism, and given back to the community of believers.

Robes, candles, capes and other liturgical mascaraed was left aside.

The Bible was translated and revised directly from the original languages again and again, and it was printed in all languages spoken by humans in modern times.

The missionary zeal was restored, and the basis for salvation, rescued and preserved, FAITH AND SUBMISSION TO JESUS, regardless of adjacent opinions over doctrine apart from this.

Baptism was restored to its original form, adult through immersion.

GOD used the medieval Reformation, to start the process of scatological restoration, before our Lord Jesus return. Luther, Calvin, Zwingli and Cranmer did well and started the reformation, but they never finished it. The Reformation continued, through the Anabaptist, the Mennonites, the Methodist, the Pentecostals and others who continued the reformation process until the Church of Christ is pure like a bride for her groom to come.

THE REFORMATION, is more than the 31st of October. It is an ongoing process, that does not stop when we arrive to the total purification of the faith, but also struggles to maintain it pure and blameless until the second coming of our Lord Jesus Christ.

Not the formation of a ‘new faith’, but the rescue of the ancient apostolic faith that was once entrusted to us, the true believers in Jesus Christ, 2000 years ago.

“I felt compelled to write and urge you to contend for the faith that was once for all entrusted to God’s holy people”.