ARE CHRISTIANS ALLOWED TO JUDGE? 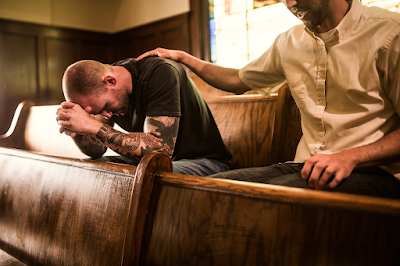 ARE WE ALLOWED TO JUDGE OTHERS?

Who hasn’t many times heard other people say that it is wrong to ‘pass judgement’ over someone else’s conduct, by calling them wrong or sinful?

Generally, believers or not, think that to pass a negative verdict over other people’s decisions, is an act of arrogance that presupposes a self-sense of superiority; and that we should remain neutral on passing moral judgement on others.

At first instance, this seems to be correct; but, what does the Bible say about passing judgement on another fellow human’s conduct?

WHAT DOES THE BIBLE SAY?

Surprisingly enough, the Bible mentions two different attitudes on personal judgement of others.

“Do not judge so that you will not be judged.”

“All Scripture is God-breathed and is useful for teaching, rebuking, correcting and training in righteousness,”

From the teachings of Jesus and his apostles, we can see in the NT, a unanimous and solid stand against passing personal judgement and subsequent condemnation on other people’s conduct.

An explicit passage that teaches this and gives us the reason, it may be Luke 6:37-38:

Jesus teaches that since nobody is free of sin (John 8:7), people should not judge and condemn a fellow human, since nobody has an immaculate moral stand to condemn another person. We may not commit the same sin, but we sin in other ways, and that makes us ‘sinners’ before God (Romans 2:1). And even in the case when we may consider that our sin to be lesser than another’s, like when we lie, while another commits murder; there is no guarantee that we may never do the same.

Judgment in this circumstance, is born from a selfish sense of superiority against another. And it gives a false sense of security, because from the same root, evil in our fallen human nature, all kinds of sins are born (James 1:14; Romans 7:23-24).

When we act like this, we are only promoting deceitfulness, pride and hardness of heart within us. These things will only harm ourselves as much as it will harm our fellow human. Instead of this, Jesus proposes mercy in our view of other people’s faults and weaknesses, considering that we are also sinful by nature, regardless of the severity of our personal faults, and that GOD will be merciful to us, if we show mercy for others. Because “Mercy triumphs over judgment.” (James 2:13). These principles makes us humble and grows love and understanding for one another, seeing ourselves and others, as companions on a same boat, heading towards the same port, who need to struggle together through the elements to get there.

But having said this, the Bible also teaches us to judge good from evil, in ourselves, as in others.

HOW WE IDENTIFY EVIL

AS much as the NT teaches us not to be arrogant and condemn other people, it also teaches us clearly to be able to judge and condemn ‘evil actions’, not under our own judgement, but under the light of Scripture:

“Have nothing to do with the fruitless deeds of darkness, but rather expose them. It is shameful even to mention what the disobedient do in secret.”

Scripture teaches Christians, who are the Church of God and the ‘Light of the World’ (Matthew 5:14-16) to denounce evil wherever we see it.

In order to ‘expose’ the ‘fruits of darkness’, we need to be able to have seen and judged the actions of individuals and institutions, not according to our own ideas, but under God’s mind, based on Scripture principles.

This kind of judgement is not based on self-righteousness, but based on the Word of God. In other words, we are called to see things as God sees them. That is why Lord Jesus tells us: “Judge not according to the appearance, but judge with righteous judgment.” (John 7:24)

Clearly Jesus does not forbid the act of judging and condemning sin, but we must do it according to God’s view expressed in the Bible, and not under our own opinion or sense of sinlessness. This takes away personal pride, and puts instead God as Judge, putting ourselves not as judges, but only as channels of divine opinion. Whenever we judge and denounce sin and evil this way, we become listeners of the godly principle that condemns, receiving it as a warning to ourselves:

“Brothers, if anyone is caught in any transgression, you who are spiritual should restore him in a spirit of gentleness. Keep watch on yourself, lest you too be tempted.”

Evil needs to be denounced always.

Satan works in darkness and in secret, always scheming traps for the capture of human souls. When we bring evil to the open, we dismantle the program of destruction and corrosion the devil sets up. It embarrasses the offenders and opens the possibility of repentance and amendment for them. That is why we are always called to condemn the action, but not the sinner. We must encourage and be ready to receive repentance. We are not at war with people, but with evil. If we do not denounce evil, we become participant by association, and indirectly, we set ourselves as part of the program of destruction the devil has design for us.

Satan knows all of these. And he is the one who has invented the excuse of ‘not judging’ at all, distorting the teachings of our Lord, in order to makes us feel guilty or passive, while he advances his evil cause on us.

We must judge, according to Bible guidance, which is not our own judgement but God’s; and call the offenders to repentance, and being ready to accept their repentance if they do. That way we will have worked the will of God, recognizing evil, with God’s permission and exercising mercy in accepting the repentance of our fellow brother. Remembering that the interest of God in making this judgement, is not the condemnation, but the salvation of the sinner.

“Let him know that whoever brings back a sinner from his wandering will save his soul from death and will cover a multitude of sins.”