WHO WOULD BE THE GREATEST 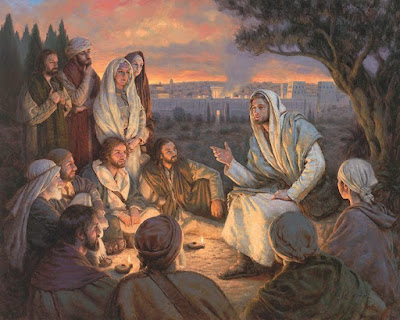 WHO WOULD BE THE GREATEST?

33And they came to Capernaum. And when he was in the house he asked them,

“What were you discussing on the way?”

34But they kept silent, for on the way they had argued with one another about who was the greatest.

35And he sat down and called the twelve. And he said to them,

“If anyone would be first, he must be last of all and servant of all.”

36And he took a child and put him in the midst of them, and taking him in his arms, he said to them,

It Is obvious the apostles did not understand the spiritual nature of the ministry of our Lord Jesus.

They understood his spiritual teachings, but still had in mind the earthly image of a Jewish Messiah. All the moral teachings of Jesus, they took as a preparation for a righteous theocratic human government. They never expected the birth of a religion. That is why verse 32 tells us that they did not understand Jesus’s prophecies about his own passion, death and resurrection, and remained without understanding because they sensed they should have known what they did not by then, and therefore were afraid to ask openly.

In this type of mind, they disputed among themselves, over who would be the right hand of the Lord during his earthly kingdom.

Knowing this the omniscient mind of Jesus, he addressed the anxiety of his beloved disciples (v.33-34).

Jesus said that heavenly greatness is achieved not in the ambition of men for prestige and power; but on the humbleness of service for one another.

The one serving the most, in the name and love of God, to his fellow brethren, would be honored by God above all, because he would have demonstrated the greatest love and detachment towards the benefit of many, instead of his own.

This demonstration of love would be an imitation of Christ, who was about to sacrifice his life for the benefit of many, and thus, in his created humanity, he would be exalted to the highest honor in the eyes of God the Father.

To illustrate this, our Lord Jesus called a child to them, and said, that whoever receives a child, in his Name (Jesus’s), receives God; demonstrating that the personal value among Christians, is not based our own worth, but in God, who called us, saved us and sent us; and in how much we reveal his image in ourselves.