HOW WILL BE LIFE DURING THE MILLENNIUM 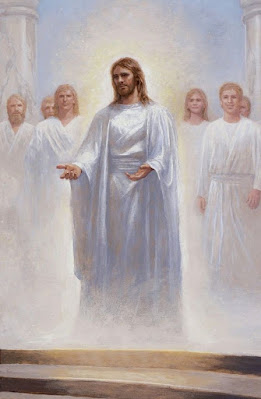 HOW LIFE WILL BE DURING THE MILLENNIUM

That is a question that navigates the minds of many Christians, specially since the idea of an earthly life for the saved during the thousand years reign of Jesus Christ on Earth, is taught in conventional manner by many these days.

The idea of an earthly presence of Jesus as King is itself disputed by most traditional Christians, attributing this concept a symbolic meaning. That is not the issue of discussion here, but what the Bible says about this period of human life, specially for the saved, if this earthly kingdom of our Lord Jesus Christ was literal.

WHAT IS THE MILLENIUM AND WHO WILL BE THERE

It is mentioned clearly only in the book of Revelation, chapter 20.

These verses mention the triumphal return of Jesus Christ as King, to govern the Earth ‘for a thousand years’, in the company of the redeemed. To achieve this, the section also mentions two resurrections. On called the ‘First Resurrection’, where those who died in God’s grace will resurrect transformed into an immortal and glorious state, together with the instant transformation into immortality and glory of those who will be alive at the time of the return of Jesus. (1Corinthians 15:51-53; 1Thessalonians 4:15-17; Revelation 20:4-6).

There will be also those who did not believed in Jesus but who did not follow the Beast (Antichrist) to the battle against Lord Jesus, who will be kept alive on Earth as a last chance for redemption, proving God to humanity, that each human has time to repent while still is alive.

Since unredeemed humans will be in their natural state, it is understood that they will live normal lives, and die in God’s grace at the end of their cicle, which will be no different to the one now. They will work, trade, reproduce, have families and live normally but in justice under Jesus’s protection. But there will be some who will prove to be not fit for the everlasting kingdom of the Father, and will be discontent with Jesus’s rule, and will either die and be condemned, or will be alive by the end period of this realm, and follow Satan into his last fight against Jesus, to finally suffer defeat and condemnation (Revelation 20:7-9).

The other lot will be the saved.

The saved will be conformed by those who had resurrected from death in a glorified state, from the time of Adam until the Parousia of our Lord; and those who will be alive and be glorified in an instant at the same time.

It has been taught erroneously, that only those who died in the Great Tribulation will reign with Christ, based on the second part of verse 4, where it says:

“Also, I saw the souls of those who had been beheaded for the testimony of Jesus and for the word of God, and those who had not worshiped the beast or its image and had not received its mark on their foreheads or their hands. They came to life and reigned with Christ for a thousand years.”

However, the word καὶ (and), placed before the word τὰς ψυχὰς (the souls), creates a grammatical bridge between the lot of those resurrected to judge, and those who suffered martyrdom under the Beast (Revelation 20:4).

Having also the clear statement that all saved, martyrs or not, will judge and reign with Jesus (Daniel 7:27; 1Corinthians 6:1-3; 2Timothy 2:12; 1Peter 2:9-10; Revelation 5:9-10; 22:5), we must conclude that all redeemed, from Adam to the last one on Earth, will be resurrected as Kings and Priests, in a glorious, eternal state, to rule and judge with Christ at the time of the Millennium.

The saved will be all transformed into the glorious condition they will exist for eternity. They will not be natural humans any more. They will have no sexual desire, or need to eat or sleep, or live the life they lived while they were in their natural existence. They will be glorified exalted beings of light, in body and spirit, and thus will remain for eternity (1Thessalonians 4:17). They will rule the Millennial Earth each according to their merit, section and task given; but will not participate of the everyday life of natural humans.

END OF THE MILLENNIUM

After the Millennium is completed, Satan will be freed again, and will head the last rebellion of men against God’s perfect sanctity and justice, and they will be defeated. After which the Great Judgement will come.

The unredeemed will resurrect in what is called the ‘Second Resurrection’, to be judged by Lord Jesus and his Royal Priests, together with the Angels.

Then this chapter of Creation will have been completed.