DID JESUS CALL HIMSELF EVER GOD? 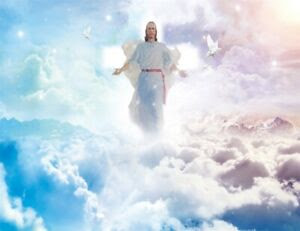 DID JESUS CALL HIMSELF GOD?

This question is heard every now and then, from certain marginal Christian groups and Muslims, who claim each on their own accord, that Jesus of Nazareth never called Himself ‘God’, and that this appellative was given to Him by a distorted Christianity three centuries later.

In fact, the first time we tried to be settle this issue, was during the First Council of Nicaea in the year 325 CE; which also proved how widespread and older than Arius and his immediate followers was this question; and the topic is so strong that it has survived until these days, especially among unitarian groups.

1 – That regardless of how old an idea is, how convincing or how widely held, it is not prove that is correct.

2 – That Scripture contains all the information necessary over all vital topics of the Christian faith, without the need to wonder or guessing over them. All basic points are clear and direct, the non-clear are open to debate, and the forbidden issues, condemned unanimously.

Christianity has only four authoritative records of the life, work and words of Jesus of Nazareth, which are recognized as true containers of Jesus’s message while He was on earth.

These four are considered to have been written by the Apostles of Jesus, or under their direct approval. It is this conviction from the first century which has given authority to these records.

WHAT THE GOSPEL OF JOHN SAYS

Whoever wrote the called Gospel according to John, the internal claim is that it was written by someone who knew Jesus deeply, more than any other disciple, to the point of developing a close relationship with Him, that awarded him the nickname of the ‘Beloved Disciple’.

The document that this disciple of the Lord wrote, contains the most developed theological document about the nature and mission of Jesus of Nazareth than any other.

In this record the author openly declares Jesus to be the Logos or ‘Word’ of God, and being God (John 1:1, 14-15). Also declares this Word to be ‘the only Son of the Father’ to have existed in ‘the beginning’ next to the Father (John 1:2), which in this context implies eternity, since for God there is no ‘beginning’ of any kind.

Furthermore, the word used is ἐν (in), and not ἀπὸ (from), discarding all reference to a personal beginning of the Word, but a permanent existence together with the Father from eternity.

Jesus Himself declared his divinity by calling God YHWH and Himself, ‘One’; and by calling this God, ‘Father’; which was understood as a personal identification with the Supreme God of the Jews in nature (John 10:30-33). John leaves no mistake that this was the way the Jews understood these declarations of Jesus (John 5:18).

Finally, Jesus Himself confirmed this meaning when He said to Phillip:

“Have I been with you so long, and you still do not know me, Philip? Whoever has seen me has seen the Father. How can you say, ‘Show us the Father’?”

Jesus Himself never said explicitly ‘I am God’, but indirectly He implied it constantly, and this was the sense in which everyone understood his declarations, so much his own disciples as did the Temple officials who condemned Him for blasphemy.

Jesus never said openly He was God because He did not want to obscure the reality and person of God YHWH.

Jesus was a different person from YHWH, and He also made that perfectly clear, but He also implied his divine nature by putting Himself on equal status as the Father by a pre-existing nature (John 17:5), which could not be understood in any other way, save that He was ‘equal to God’.

Furthermore, as the gospel of John was written after the fulness of the revelation was completed, the author could express this directly and clearly; a revealed truth that was fully known 300 years prior to any Christological council or synod.