WHO WAS THE SERPENT THAT SPOKE TO EVE? 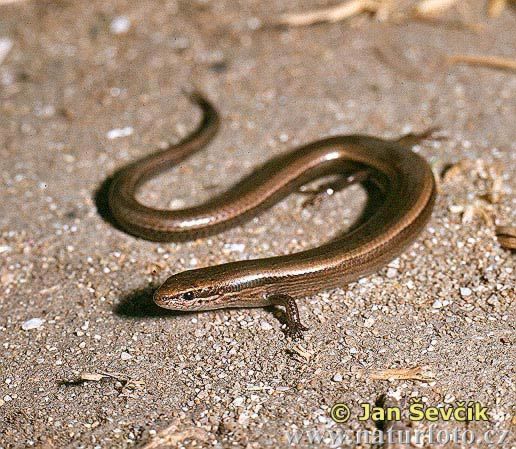 WHO WAS THE SERPENT THAT SPOKE TO EVE?

There are many ideas of who was the animal that spoke to Eve, according to the narrative of Genesis 3, who induced her to eat from the Tree of the Knowledge of Good and Evil, which ended up in the fall of humanity into sin and the loss of Eden (Genesis 3:23-24).

Throughout history, theories have come from saying that it was a smart snake, through a mythical representation of evil, to say that it was Satan himself in an open pseudo-human form, according to the implications of a superficial meaning of the word נָחָשׁ (Nachash).

These theories have been born from ideas each theological school had about Genesis.

Since the enlightenment era, the idea that Genesis has no divine origin but that is a Jewish priestly adaptation from Babylonian legends, has given foot to consider the similitude of the biblical characters and story line to the old Mesopotamian legends, and then to compare the serpent of Genesis to the reptile figures of the Babylonian mythology, thus coming to the conclusion that it was an angelic being in human appearance who tempted Eve, to even suggest by the most extreme, that to ‘eat’ from the fruit was to have sex, which it was what Eva had with the demon, to then go and seduce Adam.

It would be unnecessarily extensive to describe in detail each extravagant idea that the fantasy of men have created in their imaginations about this biblical reptile, but we will explain here the only theory from those who consider the biblical narrative to be literal and infallible.

THE NACHASH OF GENESIS

The Hebrew word נָחָשׁ (Nachash), as in many other old eastern languages, like Chinese, Japanese or Arabic, and sometimes in modern western languages, forms also part of other words which change meaning by the addition of one or two more letters to the front or end, or both parts of the נָחָשׁ word.

One of these, is that Nachash is the root word for ‘Shining One’ נחשת , word that by the addition of the letter ת, it becomes a different word altogether, that even to say in modern language ‘shinning one’ is not enough, but more likely ‘copper’ or ‘brass’ and the shinning constitution of those metals, which is a generic derivative from the quality of the subject, in this case the capacity to reflect light on those polished  metals. If this term is used in the case of serpents, it is not to say that they are something else than animals, but that their skin has a shiny appearance.

A similar word is the term שָׂרָף (Saraph) usually translated as ‘fiery serpent’, as it is used in Numbers 21:8, when in reality the word itself means ‘Fiery’, or ‘Burning’ or ‘Flaming’, and it is related to the burning sensation of the inoculation of poison from snakes, spiders, or scorpions (Compare with Deuteronomy 8:15). However, a type of angels is also called ‘Seraphim’ and have that name because of their great power, which the easter mind associated with the power of fire (Compare with Hebrews 1:7 ‘his servants flames of fire’). Even though the term fiery is used as a root to compose the word Seraphim (Flaming one), this does not mean angels are unconscious flames of fire, but only that they are beings of high power, invincible like fire.

A modern example can be seen in the word ‘strong’.

‘Strong’ is an adjective that described the attribute of a noun. The faculty that gives power to move heavy weights, endure pressure or stress, or having an intense faculty, like smell or voice volume.

As such, this word can be used as a root to build other words with different specific meanings. We could say, ‘There is a strong smell’ or ‘He is a strong man’ or ‘He is strong enough to endure adversity’. Even when the same word ‘strong’ is used, none of these cases are the same. They all have in common the affinity of hardness, but one is an element, the other one is a physical faculty, and the last one is a mental capacity. In the same way, in many cases like when we say ‘There comes the strong man’, we could only say ‘There comes the strong’

THE CONTEXT OF THE WORD

The way the word Nachash is used in Genesis also give us the surest way to interpret the meaning of that word in that specific case.

“Now the (Nachash) was more crafty than any other beast of the field that the GOD YHWH had made.”

The context uses the word חַי (Living), which the text translates as ‘beast’, and the word שָׂדֶה (Sadeh) as Field; then translating literally Genesis 3:1, it should say:

“Now the (Nachash) was more crafty than any other ‘Living’ of the land that the GOD YHWH had made.”

As Genesis uses the same term חַי (Chay) for all the animals that God made, apart from Adam and Eve in this world, it is clear that this subject we translate as ‘snake’ was a material created animal, not an angel from the spiritual realm. Thus, the Jewish translators of the Septuagint (Greek version of the Torah), used the word ὄφις (Snake), because it was this subject they knew Genesis was referring to, and not some other creature.

WHO SPOKE TO EVE

Judging by the root of the word, the context of the phrase, and the testimony of the translators of the Septuagint, we know that it was the first reptile of a kind who spoke to Eve, who showed no surprise since she must have had the faculty to speak or communicate somehow with all animals on a regular basis (Genesis 3:1).

We also know that most probably it must have had legs or so, since his punishment was to move on his belly, becoming legless (Genesis 3:14).

We know it was an animal, with shiny skin, and Eve and Adam saw it as such (Genesis 3:14).

BUT why would a snake would like to see Adam and Eve disobeying God?

Revelation 12:9 relates this reptile with Satan, a demon. Since Revelation calls him Satan, and Genesis calls him an animal, we can safely conclude that Satan possessed the first serpent or snake, and induced Eve to disobey God, and thus, try to destroy God’s creation. The serpent received the curse from God as it fell from his own free will, and inherited the consequences of his curse on his descendants, the same way we humans did. The male snake from the specie.