THE VARIANCE IN THE GOSPELS AND THE REALITY OF JESUS 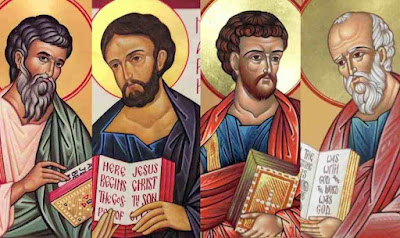 THE VARIANCE OF THE GOSPELS AND THE REALITY OF JESUS

The Christian Scriptures have a particular nature.

We call ‘Christian’ Scriptures to the writings of the followers of Jesus of Nazareth, a historical character that lived around two thousand years ago. But his life and what has become of his personality these days is shrouded in mystery as there are gaps of silence in the development of what has come to be the biggest religion in the world, Christianity, which has literally shaped the world into the culture it has today. Even though we live in secular times, Christendom has been and still is, the dominant force behind modern ethics and social science on the planet.

From the short public life of this Jewish religious leader, different doctrines developed, some held him as a prophet of God, others as God incarnated. Some took his crucifixion as an execution, most as a propitiatory offering in expiation of sins for all who repent in his name. But all who follow him, accept him as the promised Jewish Messiah of the Hebrews, the apex of God’s revelation, who opened the way to salvation for all humanity.

Christianity divided from the very beginning, that is a historical fact.

Besides the claims of exclusiveness of each corner of Christendom, the truth is that the diversity proper of the human race affected this group as well, as it affects any other social group. The earliest testimony of Christianity tells us in narrative of the divisions of her early days, and warns of more to come in the future.

In conclusion, Christianity has never been one from the first century (1Corinthians 1:10-13), but however diverse it is, still holds, like any other social group, a fixed set of common characteristics, underplayed by their own believers, but crucial to distinguish them as a single social group.

They all hold Jesus as the Messiah.

They all hold the authority of his twelve closest disciples.

They all believe in salvation through his merciful intercession before God on our behalf.

They all hold the New Testament as the written apostolic heritage.

But apart from these, all other aspects of this religion, vary from this point onwards.

HOWEVER, even though these points started in oral form, the belief of Jesus as the Messiah, the authority and teachings of the twelve apostles, and the need of forgiveness for salvation; soon were put into writing in the first century, with the intention of preserving the teachings in an unchangeable manner. They are all based in the four gospels of the NT.

These four gospels are the ones who tells us of the life of a man called Jesus of Nazareth who proclaimed himself as the Jewish Messiah.

These gospels tell us of the existence and roles of those twelve exclusive disciples of Jesus who later were commissioned with the building of a believing community.

These gospels are the ones which settled the bases of Christianity as a religious system. Even what we call the ‘letters’ of the apostles included in the canon of the NT, derive from the authority and acceptance of these first four gospels. Without these four books, Christianity would be a loose legend without much acceptance in the world.

But the fact is that these four books, selected from among many others due to the level of acceptance they enjoyed among the Christian communities around the globe from early times, are not a homogenous work, but four narratives independent one from another, with variations in their narrative of similar events.

They all have a vast number of common situations, like the baptism of Jesus by John ben Zachariah.

At least one cleansing of the Temple.

Or the Judgement, crucifixion, and resurrection of Jesus.

(Last chapters of each gospel.)

But even more are the variant details among the narrative of same events, or even whole events omitted by some and mentioned by others or only one of the other gospels.

(See the Canaan wedding, the day of the Passover meal; or the washing of the feet).

Many discredit Christianity because this apparent inconsistency, coming to the conclusion that it is not a divine work, due to these variants.

But it is in this detail that the opposite is actually found.

Even though the first three gospels are called synoptics because they share more common narrative than with the one from John (Note that these are attributed authors, in reality the documents don’t mention the name of their authors), nevertheless they are independent from each other.

The idea that two of them were based on Mark, is only a hypothesis, impossible to prove. The truth is that the gospels are four different narratives about the same person, Jesus of Nazareth.

BUT EVEN THOUGH, the similitude among them is usually quoted as proof of the super natural unity of revelation; the opposite is also determinant of that.

If the gospels were written by anonymous authors, and differ in many details to different degrees, however, as four independent documents from each other, they maintain a high degree on similitude to one another. Even though the narrative of specific events varies in each book to a degree, the names remain the same always, the places and the circumstances as well.

They tell the same events, in different words, but to the reader it is evident that they narrate the same story. And specially, when an isolated event is mentioned only in one of the gospels, it never contradicts or interferes with the narrative of the other books, times or circumstances.

In conclusion, the whole biography of Jesus of Nazareth can clearly be seen from the four documents, and leave clear, in whatever wording used, that Jesus is divine, conceived virginally from Mary of Judah by the power of God. They all evidence that Jesus was a holy man according to Jewish and gentile standards, and that he performed many miracles, including resurrections. It is clear that he defeated Satan in the desert, and that he was arrested, crucified and resurrected on Sunday morning; among many more lesser details.

It is astonishing the coherence of the four biographies over the same man, impossible to attain in four independent documents written without printing or electronic communication, or any other of the facilities we have today.

Whatever other supernatural or mystic meaning believers may want to give this, paleographically, it is a unique phenomenon.

The variations in the four biographies of Jesus of Nazareth, and how they have maintained a cohesion through times and places, to the point of becoming a single witness of Jesus’s message; it is an invaluable testimony of the particularity of the Christian religion, which also witnesses of the purity of their sources, which have not been manipulated and depurated through history, as the Koran, that only became a single version four generations after Muhammad, or the Torah, which being also a unique set of documents, have no modern witness earlier than the post Babylonic period.