OVER WHOM WILL WE REIGN IN GLORY? 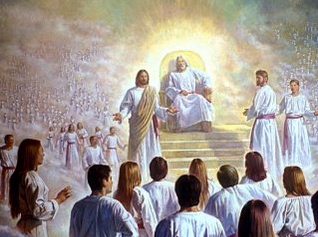 WHO WILL WE RULE IN GLORY?

However, this honor has two aspects and times according to the Bible. A temporal and a permanent one.

The Bible is clear in teaching that in our permanent condition of Kings and Priests of God in Jesus, we will rule the nations and judge them together with the angels for a period of time. This is the temporal kingdom and ministry of the saints.

WHEN AND HOW WILL THIS HAPPEN?

The Scripture teaches that there are two resurrections. The first resurrection of the saints in Christ, that is composed of all redeemed believers, from the beginning of humanity to the last man on Earth, together with those who will be alive by the time of the second coming of our Lord Jesus, after Armageddon (1Corinthians 15:21-52; 1Thessalonians 4:15-17; Revelation 20:6). The second resurrection is only for the damned who have died, from the beginning of humanity until the Day of Judgement.

This first group contains all the ones who will be and are saved. Paul says we will be transformed into a glorious condition and remain such forever, so much the faithful resurrected as the faithful who will be alive at the time

These will reign with Christ for a thousand years over all the earthly inhabitants who did not follow the beast into Armageddon, and will rule over them as Kings and Priests in the Name of Jesus (Revelation 20: 4-6).

As Kings because we will literally rule with authority under Lord Jesus, sections of the planet over the natural inhabitants of Earth, according to our personal merit

As Priests, because we will be the administrators on behalf of our Lord of all his graces and authority, between men and Lord Jesus.

On the other hand, this kingly priesthood is permanent in condition, not in function.

Redeemed people are constituted as Kings and Priests, by the Holy Spirit, through the sacrifice of Lord Jesus, to the glory and service of God the Father, and remain so for eternity (Daniel 7:27; 1Peter 2:9).

That is an eternal condition that relates to the giving of the Unfading Crowns of Glory (2Timothy 4:8; James 1:12; 1Peter 5:4). So, whether we have a people to rule or not, we will have the status of Kings for eternity, before the Holy Trinity, whom we serve, and before the Angels and the whole of creation.

However, as we know God is eternally creating, we will also rule over the rest of the continuing creation as God pleases, over all the worlds and the universes forever.