JESUS THE SON OF JOSEPH 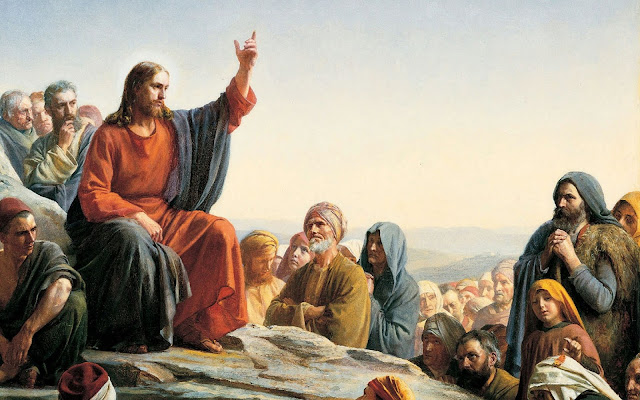 JESUS THE SON OF JOSEPH

41So the Jews grumbled about him, because he said, “I am the bread that came down from heaven.” 42They said, “Is not this Jesus, the son of Joseph, whose father and mother we know? How does he now say, ‘I have come down from heaven’?”

“Do not grumble among yourselves. 44No one can come to me unless the Father, who sent me draws him. And I will raise him up on the last day

45It is written in the Prophets, ‘And they will all be taught by God.’

47Truly, truly, I say to you, whoever believes has eternal life. 48I am the bread of life.

The day Lord Jesus said to the Jews that followed him from the Eastern shore of Galilee, that they should search for eternal life and not only for the material benefits they could get from him, he also told them that he was the ‘bread from Heaven’ who God had given them to attain that eternal life.

Jesus used the term ‘bread’ because the reason they followed him all the way to the western shore of the lake, it was because Jesus had fed them from five loaves of bread and two fish. The term was related. But these Jews misunderstood this metaphor and thought Lord Jesus was speaking about anthropophagy. That he literally was speaking about ‘eating’ his body and drinking his blood. That is the reason they mentioned that they knew him as being the son of Joseph and Mary. They professed to know him, so they could not get what Jesus meant when he referred about himself ‘coming down from Heaven’.

Jesus responded that nobody could come to believe in him, and receive eternal life, unless he or she listened to God and let himself or herself be brought near Jesus. God does the work, but we need to want it. We need to make a choice, facilitated by a prevenient grace that allows us to make that decision or reject Christ. However, Jesus was clear. ‘Whoever believes in him’ has eternal life.

This belief is not a mental attitude, but a process, that includes

2 – Repent of a life separated from God.

3 – Submit our lives to the authority of God in Christ Jesus.

If we do this, and follow the process, we receive forgiveness of sins, the Holy Spirit, and become inheritors of Glory in God’s presence, provides we remain faithful to him until the end of our lives.