WOMEN WOULD BE SAVED THROUGH CHILDBEARING 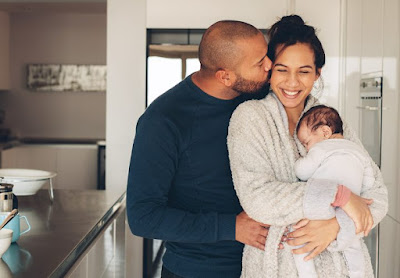 WOMEN WILL BE SAVED THROUGH CHILDBEARING

The above, is a declaration made by Apostle Paul in his First Letter to Timothy, chapter2, verse 15; when he is speaking about female behavior in general.

The question is, if salvation is by grace, why should it matter if woman have or not have children in their process of redemption?

All Christians agree, one way or another, that salvation is strictly by Grace, because it is born from God’s desire alone, to save humanity from perdition, and because it is impossible without God’s forgiveness.

However, actions consequent to repentance and profession of faith in Lord Jesus as Lord and Savior, are part of this process. The actions do not save us by themselves, salvation is caused through faith alone, but an obedient faith.

It is through obedience that we demonstrate our faith. If we truly experienced conversion, it is only natural to expect a correspondent change of behavior, consequent with the will of God, and not against it. And this obedience to our new Lord, includes sacraments and moral conduct that will reflect our change of heart towards God, rejecting evil and embracing holiness. And among these codes of conduct expected from new converts, is womanhood in the case of females.

Women were created to support man’s work on Earth, as a companion, and also to procreate human life (Genesis 1:28; 2:18; 1Timothy 2:13). Women’s duty to God therefore, includes necessarily the fulfillment of the reason of their creation, and part of that is to be willing and able to provide support to their husbands and children, moral and physical; and also, to reproduce humanity on Earth.

Man’s duty is to protect and support physically and morally, his whole family from all dangers, which includes the daily living earnings (Genesis 3:17-19), and to this purpose God made males, emotionally and physically strong and with a lean body, capable of fighting and hard productive labor.

On the contrary, females were created emotionally sensitive to care for their husbands and children, and strong enough to take care of the home duties, caring for the aspects of family life that a man cannot do. And a very important part of it, is motherhood.

Reproduction is a duty and responsibility before God.

It is God’s will that men should reproduce, and for the female to be the channel and carrier of human life on Earth. Therefore, Paul speaks of ‘women having children’, as part of the actions that demonstrate women’s submission to God’s will. Very much as it would be for a man to support his own household (1Timothy 5:8) to demonstrate his obedience to God.

To bring children into the world is the greatest gift a woman can give from herself to God. Motherhood is what really makes her a full woman, even more than marriage, since in marriage is implied sexual union for childbearing, and it is through procreation that the whole sexual union is fulfilled. Otherwise, it would be a sterile, dead union. An act of Onanism.

It is not childbearing that saves a woman, but it is childbearing that demonstrates, more than anything else, that a woman, as part of her conversion to God, is willing to live according to God’s will, by assuming the role God gave her on this planet. On the other hand, refusal to motherhood is an act of rebellion against God and nature, contrary to what God intended in the first place when He made Eve for Adam, which by itself, brings condemnation.