WAS JUDAS CHOSEN TO BETRAY JESUS? 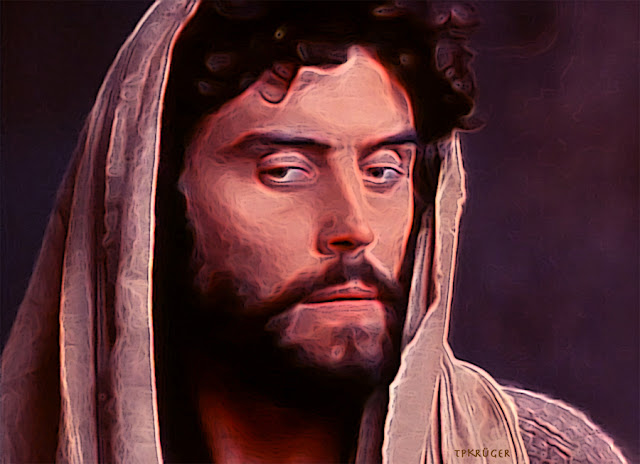 WAS JUDAS ISCARIOT CHOSEN TO BE A TRAITOR?

Judas Iscariot, one of the twelve closest disciples of Jesus, had an important role in the accomplishment of the plan of redemption. He is the one who gave Jesus to the Jews for 30 pieces of silver, to be crucified (Matthew 26:15). This death was offered to God as atonement for the sins of humanity.

The Bible does not speak much about any of the apostles, or even Jesus Himself. The attention is centered mainly in the public life of Jesus; in the part that concerns the salvation of humanity, his teachings, miracles, reactions, death on the cross and resurrection.

But certain characteristics are given about Judas as well as on other disciples.

We know that Judas was an early follower of Jesus (Matthew 10:2-4).

We know he was among of the twelve first missionaries, who performed miracles and liberations in the Name of Jesus (Mark 6:7-12).

We know that Jesus knew Judas would betray Him, even though He chose him as disciple (John 6:70).

We know that before he betrayed Jesus, he became possessed by a demon (Luke 22:1-6).

We know he felt remorse afterwards and threw the silver back to the priests (Matthew 27:3-5).

We know that in desperation he hanged himself and died (Matthew 27:5).

It is true that our will is weakened to be able to choose and follow righteousness after the Adamic fall, but it is not impossible. Furthermore, in choosing moral right or wrong, we all have a special grace from God to choose freely mentally, enough to make a clean decision, otherwise the biblical teaching about Jesus being tempted ‘in everything like us’ but without sinning (Hebrews 4:15) would be false.

If Jesus was clean of sinfulness and concupiscence, and humans not, his temptations would never be the same as us. He would be able to resists, not us.

On the other hand, if we are sinful and incapable to choose right, then Jesus would have to be also sinful and enslaved to sin to be able to feel what we feel when we are tempted.

But the truth is that Jesus was clean of sin (2Corinthians 5:21), and tempted like we are tempted, and did not fall for it, ever. That is because when humans are tempted, God allows strength to all humans, whether believer or not, to reject and resists evil (1Corinthians 10:13) so that even we have a fallen nature, we are able to resists and don’t sin. The impossibility to stop sinning is a false idea, promoted to weaken our resolution to holiness.

We also know as a universal principle, that God never chooses people to perdition, but wants all humans to choose well and be saved (Ezekiel 33:11; 2Peter 3:9).

Judas enjoyed a free will like any other human. And was not chosen specifically ‘to betray’ anyone, let alone the Son of God. He betrayed the Lord out of his own free will.

For what we can gather from the Scripture, he was a corrupted man, and that is why he lied and stole, even while he served Jesus. Even though he was made participant of all the same blessings that all other apostles received, his heart was still dark, and for deception and greed, he took the delivered decision to give Jesus away to the Temple officials.

We don’t really know what made him take that decision. He knew Jesus had power, and that He was from God.

He knew Jesus was innocent of political plot or moral impurity; but nevertheless, he decided to sell Him for money.

We can only assume reasons, being the most probable, that Jesus did not fit his idea of leader. This rejection of Jesus for not fitting the mental image of a combatant Messiah (1) was common at the time, and was one of the reasons many did not accept Jesus as such (John 19:12). Judas probably followed Jesus with the hope of receiving earthly power, but must have been discouraged when he realized that was not going to happen. This frustration plus the opportunity to save some of the time ‘wasted’ next to the Messiah by the silver offered to him, must have sparked his decision to betray our Lord. And so, he did, by freely choosing that option.

This deliberate choice sealed his destiny. The devil entered him afterwards, to drive him to the consummation of his betrayal without the possibility of late repentance.

Judas may have not thought about killing Jesus; maybe only to send Him to prison, or expatriation. This would explain his reaction when he saw the Pilate’s trial for treason and the possibility of death penalty, the roman way, by crucifixion, like any other political opponent. Judas acknowledged that he had sinned, which indicates by itself that the devil had already left him, otherwise not sense of sin committed would be in him. But driven by evil induced desperation, instead of seeking Jesus’ forgiveness, which would not have been denied, he killed himself, in an attempt to scape his torment.

WHAT ABOUT BEING CHOSEN

God knows everything. Not only before we make a decision but even before we are born, and even more, before He created the universe.

God knew that a Jewish man called Judas, in a distant future will be called by Satan to kill the Messiah, ignoring Jesus’ supernatural nature and divinity; in the hope to destroy God’s plans through his death. And God also knew that this Jewish man would accept the call out of his own free will.

Given the circumstances, God used this to accomplish his purpose.

God never wanted this to happen this way. Jesus could have walked that day into Jerusalem, and let Himself be arrested (Matthew 26:55-56), but GOD knew that a man would desire to betray Jesus, and so God ordered all event around that free decision of Judas. That is why Lord Jesus says ‘But this has all happened so that the writings of the prophets would be fulfilled.” (Matthew 26:56). Not because God chose it that way, but because God knew it would happen that way, and thus He revealed it to his prophets (Acts 2:23).

Judas could have rejected the thought before doing it, or even repented from it and attain forgiveness; but he chose wrong again, and without asking for pardon, he killed himself.

The betrayal of Judas, was a deliberate and conscious act, taken by a man corrupted and greedy. God allowed the greatest of honors, making him participant of God’s gifts to men in Jesus, first hand, so that he could have a chance to abandon the idea of betrayal, but Judas’ ego rejected God’s grace, and sealed his eternal destiny with his own hand.