SOME WILL ABANDONE THE FAITH TO FOLLOW DOCTRINES OF DEMONS 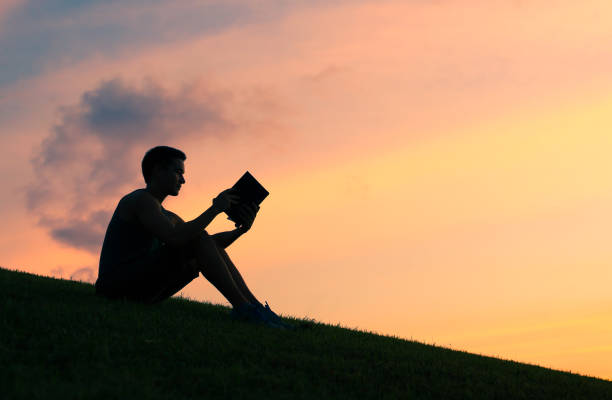 SOME WILL DEPART FROM THE FAITH INTO DOCTRINES OF DEMONS

In a few words, this is the message Apostle Paul sent to Timothy in his first letter, chapter 4, verses 1 to 3:

“Now the Spirit expressly says that in later times some will depart from the faith by devoting themselves to deceitful spirits and teachings of demons, through the insincerity of liars whose consciences are seared, who forbid marriage and require abstinence from foods that God created to be received with thanksgiving by those who believe and know the truth.”

This verse, together with the warning given in his second letter to him:

“For the time is coming when people will not endure sound teaching, but having itching ears they will accumulate for themselves teachers to suit their own passions, and will turn away from listening to the truth and wander off into myths.”

conform the two prophetic warnings about the future of the Christian Church soon after the letters were written, around the years 64 to 67.

The immediate danger at the time were the Judaizing section of Christians who having converted from Judaism to Christianity, they still held to the regulations of the Law as an obligation, and so they taught others, which included not only circumcision, but also keeping the Sabbaths, the Day of Atonement and the dietary laws (Titus 1:10,14).

The other danger was Gnosticism, which claimed to have a deeper understanding of the words of Jesus, than what Christians had received from the Apostles (1Timothy 6:20).

These problems appeared at the time of the apostolic era, especially since there were many prophets, and the revelation was not yet completed; however, they were confronted by the living apostles, who were considered by all to be the Fathers of the Faith, the oracles of God.

We have today in the NT, records of what this apostolic doctrine was, whether we believe these records are complete, or simply a part of a bigger picture, either through ‘tradition’ or other form of revelation. But what it is written, it was written in plain language to be understood by anyone, and not in encrypted manner. So much that when Apostle Peter said that some men twist the words of Paul, it is assumed they did it due to their twisted hearts, and not because there was an impossibility in understanding Paul’s writings, and that is why he encourages not to follow their bad example (2Peter 3:16-17).

There is a time gap between the end of the first century, around when it is said Apostle John disappeared from the scene, until the Didache, estimated to have been written around 20 years after John the Apostle (96-120CE), and then later to the first epistle of Clement, a little later, (Approx. 80-140CE), assumed to have been written during the reign of Emperor Trajan (98-117CE), to then jump to the Shepherd of Hermas (140-155CE), to the First Apology of Justin Martyr to Emperor Antoninus Pius who reigned from 138 to 161; then until the writings of Ignatius of Antioch (Died between 108-140CE), until we arrive to the authors known as ‘Church Fathers’ by Christendom.

Considering the lack of certainty in dating these documents, we can safely say that at least 20 years had happened between the disappearance of the last apostle, and the first non-apostolic document acknowledged by most Christians as orthodox.

The doctrine that we suddenly find in these documents, to which we can add the sections we have received from Eusebius quoting from other ancient martyrs like Polycarp or Papias, distant more and more from the language and message we find in the Scriptures.

The Didache starts developing a legalistic language based on meritorious actions and with the possibility of scaping final punishment (Didache 1:18-23; 4:7-8).

First Clement, has not much of doctrinal controversy, on the contrary, it is a testimony of the value of Scripture in the second century Church, since the quotes of NT and OT are used to give weight and authority to Clement’ arguments. However, his mention of the legend of the Phoenix as genuine, it denotes the ignorance and fantasy that populated the imagination of this Church leader, and possibly of others as well (1Clement 25:2-4).

Justin Martyr in his First Apology, speaks of an apparent ‘transformation’ of the bread and the wine of the Lord’ Supper, into the Holy Body and Blood of our Lord Jesus, which carries itself more information than what we have in the NT on that sacrament (1Apology 67).

The writings of Ignatius of Antioch carry more doctrinal development than the ones already mentioned. He openly speaks of the Episcopal system as preserver of the Truth in the Church and the need of every community to remain in union with their Bishop, however, always giving priority to Scripture, from which only the orthodox episcopate could give the true interpretation as taught by the Apostles.

And so it continues with later writings, distancing more and more from the biblical teachings.

Even though most of the doctrine expressed in these books are according to the Scriptures, a slow departing from the apostolic teaching it is noted from the second part of the third century until it looks totally different in morality, doctrine and form by the beginning of the 4th century.

Christendom has accepted this development mostly for the martyrdom of some of these writers, and because they were part of the incipient Church of the first centuries. It is accepted that there was a development in doctrine, and they see this as the work of God, even when the difference with scriptural doctrine is clear, specially because the earliest writers are assumed to have lived at the time or near the time of the apostles of Jesus. (Ignatius, Polycarp, Papias, etc).

However, there is another possibility, considered taboo, and usually attributed to restorationist sects. The hypothesis that these writers had a partially corrupted doctrine.

In the Scriptures we have the evidence that corruption entered the apostolic Church, and we have the prophetic warning of the coming of further corruption, the idea that false doctrine and immorality will enter the Church, which started during the second part of the first century, growing and eating the Body of Christ like a virus or a malware, until it damaged the core of Christianity, however, it was unable to erase Christianity from the planet thanks to God’s mercy (Matthew 16:18).

“Small is the gate and narrow the road that leads to life, and only a few find it.”

Even though this has a spiritual meaning, this can also be applied to the fact that true Christianity is not something everyone will find. Christian values will be present and grow to universal level, as prophesied by Jesus (Matthew 13:31-32), however still will remain a ‘narrow path and a small gate’, mostly due to its moral standards and spiritual principles.

There will be always people who will profess faith in Christ, but will lean towards one side or the other. But wherever you are, is always convenient to consider the possibility that popular Christianity is nothing more than an infected old religious system, kept alive by practice, and mostly by fake believers who have no idea of biblical teaching, and that are trapped in forms that they have inherited by birth, and not through conversion.

“But God’s firm foundation stands, bearing this seal: “The Lord knows those who are his,” and, “Let everyone who names the name of the Lord depart from iniquity.”

God will do his work.