ONE THAT WAS TEMPTED LIKE US BUT WITHOUT SIN 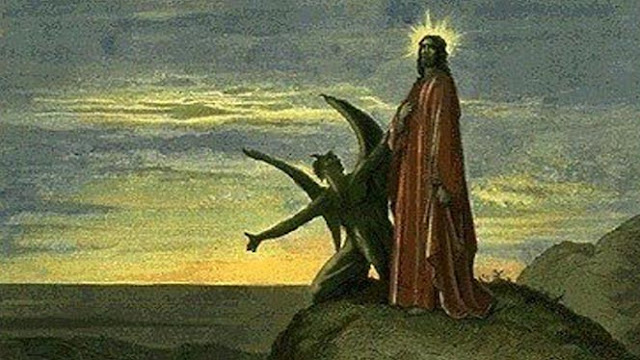 ONE WHO HAS BEEN TEMPTED IN EVERY WAY, JUST AS WE ARE

One of the cardinal points of the Christian faith, is the perfect and eternal mediation and intercession of Jesus before the Father on behalf of all humans (Hebrews 4:14-16).

One of the essential points of the divine incarnation of Jesus, is his identification with the human condition. Jesus being divine and pre-existent in the Spirit (John 1:1, 14), became human not only to die in representation of the whole of humanity, but also to experience every part of human life, and feel the same way we feel in the flesh, so that he could understand perfectly out situation in times of trials and temptation, and thus, having felt what we feel, he could be the perfect intercessor and mediator between men and God (1Timothy 2:5-6). This makes the intercession and mercy of Jesus guaranteed to all those who come to him in faith and repentance, in basis of his atoning death.

But if Jesus was tempted like everyone else, but the Scripture says that he was without sin, how much can he identify really with us, if we are truly enslaved to sin?

THE CONDITION OF HUMANS AFTER THE FALL

Christians have always differed in how exactly is the condition of humanity after Adam’s fall.

In a few words there are three main theories about it:

1 – TOTAL DEPRAVITY: Made famous from the Reformation onwards, this doctrine is really based on the analysis of the consequences of the Adamic fall according to Augustin of Hippo and later developed by John Calvin, who taught that humans were born separated from God from the beginning, in a condition inherited from Adam, and that as a consequence, all humans were born with their wills enslaved to sin, unable to resists temptation and sin. (1)

2 – INHERITED DAMAGED BUT PRESERVATION OF FREE WILL: Taught by ancient writers and adopted by Eastern Christianity, it teaches that even though humans are born with a damaged nature, they are born free from sin before God, and able to control their free will and desires. Therefore, our ability to resist sin and don’t fall into it, it is real and actual under this theological school. (2)

3 – UNCHANGED NATURE: This doctrine that has Pelagius and later Arminius as its voices, claim that the fall of Adam did not affect his descendants, and therefore, humans preserve their perfect free will after Adam’s fall. No damaged was made. (3)

We will not discuss here the correct view according to Scripture, but what we need to consider and compare, is the position of men under these three views and compare them with the claim that Lord Jesus was tempted in all according to us, but without falling into sin, and that because of that, he can understand our weakness.

The Bible is clear that Jesus was tempted, and that he never sinned. But Scripture also tells us that he was tempted ‘just like us’, and that is the reason Lord Jesus is merciful and understanding towards men.

1 – Under the first probability, this could not be the case, since we humans have sinned in Adam (Romans 5:12), and are considered to be subjected to sinfulness. This same sinfulness that, under this theory, makes impossible for us to avoid sin. But if Jesus was always without sin, and free from slavery to sin, then his temptation could not have been the same as ours, since he will still preserve his freedom of choice, unlike humans who are under the yoke of Satan.

2 – In the second possibility, humans preserve their free will, but they are strongly inclined to sinfulness and that is why most men always fall into sin, when in fact it is possible to avoid it. Jesus on the other hand, preserves the equanimity of holiness, and in his temptations, he does not feel pulled towards sin, the way humans do.

3 – Finally, under the third possibility, humans are in the perfect position to reject temptation, since their nature and will have not been damaged, in the same way Jesus’ nature is immaculate. This would be the perfect scenario, saved for the fact that Paul seems to teach that sinfulness lives in us (Romans 7:17-23), which is not acquired, but inherited (Romans 5:12-15).

This cannot be said of Jesus, who was perfect by nature (John 10:17-18) and no sinfulness lived in him at all.

How then can Jesus be said to have been tempted in ‘everyway as we are’, yet without sin?

JESUS was sinless and received temptations from Satan that invited him to disobey God’s will. Jesus resisted each of these temptations, and thus, being tempted in everything a human does, that is appealing to ambition, lust, bodily needs, patience, temperance, etc; he successfully resisted all of them without even falling in sin of thought, let alone action.

But Jesus was tempted from outside himself, never from any evil inside him, unlike humans do (James 1:14), which is also an indication of the decayed human condition in comparison with the immaculate condition of Jesus of Nazareth.

So, by elimination, there can only be a fourth position not mentioned above.

We are left with three established premisses:

1 – Jesus is pure and perfect, with perfect free will, in a pre-fall human condition.

2 – Humans are imperfect, and damaged by the inheritance of Adam’s sin, inclined at the best, to do evil instead of good.

3 – Jesus was tempted in every type of temptation a human is, but without falling, making him sympathetic to the human condition.

The only way that the perfection of Jesus and the imperfection of humanity can meet on a common ground, it is not by any natural condition, but by divine grace.

Even though the Scripture does not speak of a ‘prevenient’ or a ‘common’ grace openly, the concept is present by inference.

Only through a common grace granted to all humans, our condition can be fortified and freed from our weakened fallen condition, so that we can resist temptation, every time the devil comes to lure us into evil. Every human is, through this undeserving grace, made strong and free willed to be able to face evil and deny himself to it. Only that way, the biblical saying that ‘we have not been tempted more than we can resist’ can be real (1Corinthians 10:13); which would be impossible if we were tempted being under slavey to sin, totally disabled to resist temptation.

It is through this grace that we are elevated to our pre-fall condition and become truly responsible of our actions in full, not only in conduct, but also in accepting or rejecting Christ as Lord.

It is only through this prevenient grace, that Jesus can say that he understands us when we are tempted, because we are tempted in the same condition Jesus was, in total control of ourselves, and without any demerit in us in relation to him.

(1) Peter C. Hodgson and Robert H. King, Christian Theology: An Introduction to Its Traditions and Tasks (1994).

Serafin Rose, The Place of Blessed Augustine in the Orthodox Church (1982).