NO PROPHET IS ACCEPTED IN HIS OWN COUNTRY 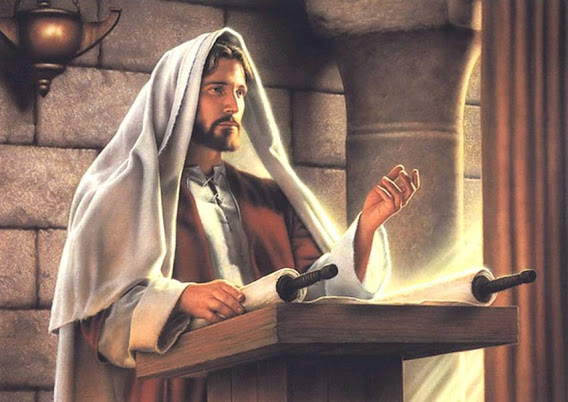 A PROPHET IS NOT HONORED IN HIS HOMELAND

1He went away from there and came to his hometown, and his disciples followed him.

2And on the Sabbath he began to teach in the synagogue, and many who heard him were astonished, saying,

“Where did this man get these things? What is the wisdom given to him? How are such mighty works done by his hands? 3Is not this the carpenter, the son of Mary and brother of James and Joses and Judas and Simon? And are not his sisters here with us?” And they took offense at him.

4And Jesus said to them,

“A prophet is not without honor, except in his hometown and among his relatives and in his own household.”

5And he could do no mighty work there, except that he laid his hands on a few sick people and healed them. 6And he marveled because of their unbelief.

And he went about among the villages teaching.

After Jesus had returned to the western shore of lake Galilee, and after resurrecting Jairo’s daughter and coping up with the unbelief of those present who mocked Him on that day (Mark 5:40), He walked back to his hometown of Nazareth, where He had grown up and from where He was known as ‘of Nazareth’, to minister to them the message of salvation.

But on the first Sabbath, when our Lord preached to them from the Jewish Scriptures; the Jews there present, who had known Jesus from childhood, as well as all his earthly family, rejected Him on those grounds.

They knew Jesus had supernatural knowledge of the Torah and the Prophets, and that He could perform miracles and healed the sick like nobody else could; but the knowledge of the poor social status of his family, the fact that his earthly reputed father, Joseph, was a manual laborer, and his mother a dutiful homemaker, and that they had brothers and sisters like anybody else, it was incompatible with their idea of a Holy Man or a Teacher of the Law.

The Doctors of the Law, like Theologians of today, had decades of learning directly from an older reputable Elder, also a Doctor of the Law; and enjoyed an academic level of knowledge superior to the average Priest or Rabbi, and never the less, Jesus, without all this, interpreted the Scriptures without any formal education in theology.

The miracle workers of the past, were pious ascetics who lived a very austere lives, but Lord Jesus lived like an average human being, drinking, and eating, and working, without any formal religious life like the aspirants to the Temple Priesthood or the Rabbinic councils or Scribes; nevertheless, He was the biggest miracle performer of the time, and He used to be criticized for this (Matthew 11:19).

So, they asked themselves, where Jesus had acquired all this knowledge, and could perform all these miracles from, proving that they knew they were real and correct, but they rejected Him on the grounds of his family origins, including the unbelief of his own brothers regarding his self-proclaimed Messianic title (John 7:5).

Jesus could not perform many miracles there. Note it does not say that He could not perform miracles at all, since there was nothing external that could interfere with his own power. He did perform some miracles, like He always did anywhere else, but only on those who with faith came to Him asking for help. But He did not perform miracles on those who knowing Him to be divinely blessed, rejected Him for carnal reasons. They did not receive the blessings from God, who decided not to perform in them any wonder, but to leave them in the hardness of their hearts.

However, in his ever-existing mercy, Lord Jesus Christ stayed there, among those unbelieving people, preaching repentance and conversion, in Nazareth and all Galilee, because He hope that they would come to repentance and be saved.