JESUS HAD COMPASSION ON THE CROWDS 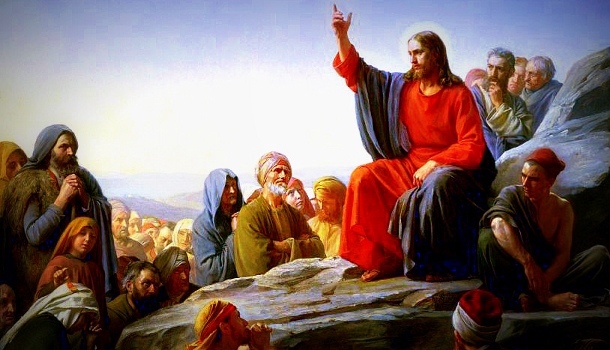 JESUS HAS COMPASSION ON THE CROWDS

30The apostles returned to Jesus and told him all that they had done and taught.

“Come away by yourselves to a desolate place and rest a while.”

For many were coming and going, and they had no leisure even to eat.

32And they went away in the boat to a desolate place by themselves.

33Now many saw them going and recognized them, and they ran there on foot from all the towns and got there ahead of them.

34When he went ashore he saw a great crowd, and he had compassion on them, because they were like sheep without a shepherd. And he began to teach them many things.

The apostles came back to our Lord Jesus from their first missionary trip, and were exhausted and had many stories to tell (Mark 6:30; Luke 10:17), plus Jesus started to feel unwanted attention from Herod, who thought of Him, not as Jesus of Nazareth, whom his father before him tried to kill at birth; but a resurrected John the Baptist, who he had sent to be decapitated for his own sinful reasons. So Jesus allowed for a period of rest and meditation, away from the towns of Western Galilee, into the shores of the Eastern side of the lake (v.31).

But the impression that Jesus had caused among the people was so deep, that they could not keep away from Him.

They followed Jesus on foot to the eastern shores, and arrived there before the Lord and the apostles.

When Jesus saw them, He knew not all believed in Him as they should (John 2:24-25). Some accepted Him as the Messiah, others thought of Him as a prophet, while others only saw in Him a miracle worker, disregarding his message but looking for his power. His power to heal sicknesses, to deliver from demonic possession, and to resurrect the dead (Mark 8:27-28).

When Jesus saw that, He understood, that even though they all had different reasons to follow Him so far, they all needed Him, because believers or not, they were all like a flock without a shepherd. So, in his infinite mercy, He proceeded to deliver them the good news of the gospel.