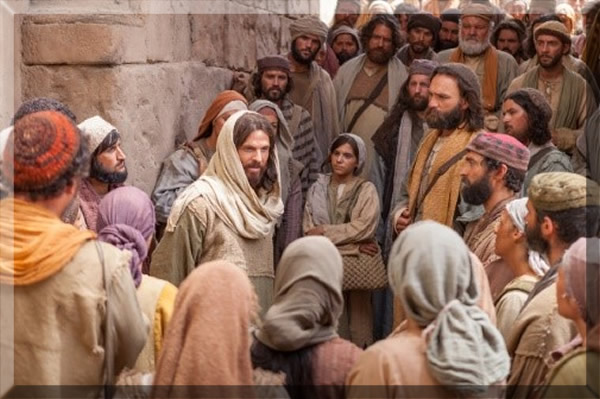 JESUS THE BREAD OF LIFE

24So when the crowd saw that Jesus was not there, nor his disciples, they themselves got into the boats and went to Capernaum, seeking Jesus.

25When they found him on the other side of the sea, they said to him, “Rabbi, when did you come here?”

“This is the work of God, that you believe in him whom he has sent.”

30So they said to him, “Then what sign do you do, that we may see and believe you? What work do you perform? 31Our fathers ate the manna in the wilderness; as it is written, ‘He gave them bread from heaven to eat.’”

32Jesus then said to them,

35Jesus said to them,

“I am the bread of life; whoever comes to me shall not hunger, and whoever believes in me shall never thirst.

Jesus and his disciples had just returned from feeding the 5000 thousand, back to the Western shore of lake Galilee, to the shores of Capernaum.

The crowds slept on the open field that night, and they were so impressed with the power of Jesus, that when they realized that neither Jesus nor his disciples were there any longer, they followed them back to the western coast of the lake.

When they finally found Jesus, our Lord told them straight and clear that the reason they searched for him with that urgency was not because they have come to accept him as the Messiah (‘Nor because you saw signs”, meaning signs that revealed to them that he was indeed the promised Savior); but that they followed for his miracles, his earthly benefit, based on the miracle of the feeding of the 5000.

Not everyone who was there that day believed in Jesus as they should. Some accepted him as the promised Messiah, others as a common prophet, others followed him because of his power, not caring exactly for who he was, and finally others out of curiosity. In this case, these people obviously belonged to the third group, those who followed Jesus for his power, without paying much attention to his message.

As if they had forgotten the miracle of the feeding od the crowd, they requested a ‘sign’ to believe in Jesus’ words. Not because they ignored or denied the reality of the feeding of the 5000, but they had taken that miracle only as a benefit from a magician or miracle worker. Now that Jesus proclaimed speaking in the Name of God with a message of eternal life, they wanted a new miracle to confirm that.

JESUS was clear. God gave him as the true food from Heaven. No material food as literal bread or water. To ‘eat’ him was to come to him in submission and repentance, and to ‘drink’ him was to believe in him and accept him as Lord and Savior (John 6:35).

Spiritual sustenance that if you remain faithful to him, salvation would be guaranteed. They will not hunger anymore, meaning they will not be in need of acquiring God’s forgiveness and grace again and again as under the Law, but forgiveness and the grace of God will be guaranteed and permanent on them ever after they surrender in submission to Christ in repentance and faith. This grace cannot be broken by anyone or anything, except by us abandoning the faith and trust in Jesus (Hebrews 3:17).

But Jesus knew the heart of every one of them.