MANY ARE CALLED, BUT FEW ARE CHOSEN 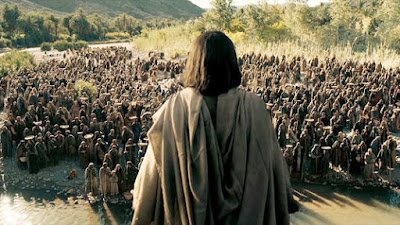 MANY ARE CALLED BUT FEW ARE CHOSEN

1And again Jesus spoke to them in parables, saying,

2“The kingdom of heaven may be compared to a king who gave a wedding feast for his son, 3and sent his servants to call those who were invited to the wedding feast, but they would not come.

4Again he sent other servants, saying, ‘Tell those who are invited, “See, I have prepared my dinner, my oxen and my fat calves have been slaughtered, and everything is ready. Come to the wedding feast.”’ 5But they paid no attention and went off, one to his farm, another to his business, 6while the rest seized his servants, treated them shamefully, and killed them.

7The king was angry, and he sent his troops and destroyed those murderers and burned their city.

8Then he said to his servants, ‘The wedding feast is ready, but those invited were not worthy. 9Go therefore to the main roads and invite to the wedding feast as many as you find.’ 10And those servants went out into the roads and gathered all whom they found, both bad and good. So, the wedding hall was filled with guests.

11“But when the king came in to look at the guests, he saw there a man who had no wedding garment. 12And he said to him, ‘Friend, how did you get in here without a wedding garment?’ And he was speechless. 13Then the king said to the attendants, ‘Bind him hand and foot and cast him into the outer darkness. In that place there will be weeping and gnashing of teeth.’

14For many are called, but few are chosen.”

Our Lord Jesus continues with his parables that try to warn the Jews of the consequences of rejecting Him as the promised Messiah.

In this story, Jews are compared to those who were specially invited to the weeding of King’s son, in this case, our Lord Jesus, Himself.

As they refused, God sent more of his prophets to call the guests into realizing their mistake and come to the well prepared wedding feast; and enter into spiritual union with their Messiah, represented by the King’s (YHWH) Son.

Finally, they ignored the invitation again, and even killed some of the messengers the King sent; just the same way the Jews killed many of the prophets who warned them of God’s retributive Justice.

Here our Lord explains how Israel had lost the opportunities in which God Almighty presented them with an exclusive invitation into His presence, and that through their insubordination, they had provoked God to rejected them consequently, and to extend his invitation to the Gentiles, represented as the common people.

But here, also Lord Jesus teaches us another lesson.

It was never only the invitation that got you into the wedding, but also to be presented accordingly to the occasion.  In the story, one of the commoners was found to be improperly dressed, which represents the sinful spiritual condition of the Gentiles and all humans in general.

The only way to enter Paradise to be united to Jesus, was to be worthy of entering God’s Holy Presence, represented in this story in the clothes people wore.  This man was spiritually unfit to enter God’s presence, because he was full of unforgiven sinfulness, and last-minute repentance was not allowed.  The book of Revelation orders us to wash our clothes in the Blood of the Lamb, Jesus, to be allowed into the New Jerusalem, where the Son’s (Jesus) wedding is to take place (Rv 22:14).

Here Jesus warns the Gentiles and in them, everyone, that we need Him to wash our clothes and dress us properly to meet God, through the forgiveness of sins and Justification in His Holy Name. Therefore, no one of us should boast about our own ‘worthiness’, because to be properly dress for Heaven, we need Jesus, who through Faith and Repentance, imputes and infuses to us his own righteousness.

Thus, as many were called, Jews and then Gentiles, but only those called, who accepted the invitation and the clothes the King offered to them in Jesus, were chosen to enter the wedding. Thus, many are always called, but only the ones who washed their souls on the atonement of our Lord Jesus on the Cross, will be accepted into God’s presence.