THERE I AM AMONG YOU 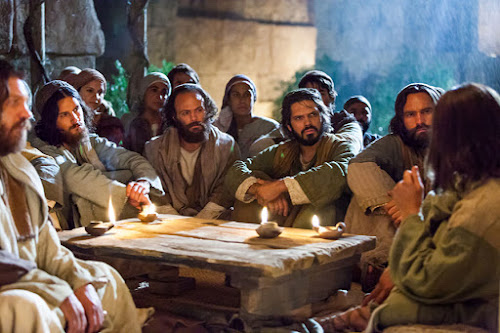 WHERE TWO OR THREE ARE GATHERED IN MY NAME, THERE I AM AMONG THEM

15“If your brother sins against you, go and tell him his fault, between you and him alone. If he listens to you, you have gained your brother.

16But if he does not listen, take one or two others along with you, that every charge may be established by the evidence of two or three witnesses.

This is the confirmation of the promise our Lord Jesus made initially to Simon when He changed his name to Petros (Peter = Stone) in chapter 16:16-19 of the same gospel.  When our Lord Jesus gave the ‘Keys to the Kingdom of Heaven’ to Peter because he was the first to confirm officially his title as the Messiah and the Son of YHWH; now Jesus gives this key also to the whole congregation of believers, who the same as Peter, shared the same belief in Jesus as the Son of God.

Jesus gives here the example of how a Christian should instruct another brother who is wrong or has committed a mistake. First in private, with discretion, he should try to make see the brother his own mistake, encouraging him to repent and correct himself; if not, then with the help of one or two more, to see if this can bring him or her to reason. The final stage is to denounce the wrong person to the whole community in order that everyone’s opinion should serve as light to the mistaken brother or sister. If finally the wrong doer persists in his mistake, then that local congregation should expel him or her of fellowship, which implies cutting off participation of sacraments, and consider that person as an unbeliever, until he repents (1Cor 5:5).

As a confirmation of this power, Lord Jesus pronounces the same words that in two chapters before He said to Peter:

Because where two or more are united in his Name, He would be there in the middle of them, meaning there is a full Church in every community of believers with the authority of Jesus, with equal powers each of them, independently and as a whole on a universal level. And in virtue of Jesus being among us, God the Father will always hear our supplications.