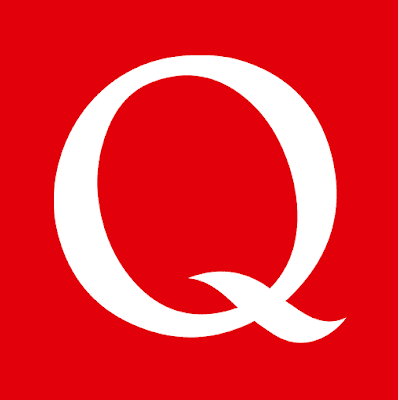 With Source Criticism, it came in the beginning of the 20th century, based on the ideas of Anglican bishop Herbert Marsh (1757-1839), the idea that the Gospels of Matthew and Luke were made up from Mark’s shorter narrative and a bogus document that nobody had ever seen, nicknamed ‘Q’. (1)

Until then, the popular opinion was the traditional belief that Matthew and John were the original documents, written under the supervision of these apostles, and that Matthew guided Mark, and John, Luke into writing their own narrative, as it was taught by the first Christians for centuries (2), which gave in itself authority to the narrative of the four gospels, as genuine apostolic records. This, however, was later challenged by Reformed Christianity and adopted later by Catholics and Orthodox as valid hypothesis, as this tradition had no real hard evidence of any kind.

In short, the hypothesis of source ‘Q’, says that the anonymous gospels attributed to Matthew and Luke, gathered all their information from the shorter version attributed to Mark, which are common to the three of them, and the other parts that are only common to Matthew and Luke, were taken from a ‘disappeared’ document called ‘Q’ , the initial for the German word meaning ‘sayings’, which is assumed to be a primitive written collection of the famous sayings of Lord Jesus.

This document has never been found, and only exists in the minds of the investigators who attribute an ancient written source to the copies we have today, specially since we can clearly see an increase in narrative from Mark to the others, (being Mark the shortest), with common stories  and then variants between them.

The source is said to be the first written collection of Jesus’s sayings and miracles, that were written down based on oral tradition, and that were later adapted and inserted into events more or less as the evangelists gathered their stories in coherent narrative.

1 – If this is the ancient source available, why is it ignored by the author of John, who is the only gospel to have internal claim to come from a direct apostle of Jesus (Jn 19:35; 21:24)?

2 – Why is not present in ancient tradition by any of the church Fathers?

3 – What was the source of this document?

If this document really existed, and the gospel of John as it is assumed, it is the latest one, it should also include it in its narrative as an immediate source. Furthermore, if John is truly the work of an apostle, then why it would vary from the apparent ancient legacy of this original document? Unless the author of John considered it apocryphal or never existed.

Considering the value tradition has given to the modern standing canonical documents, then by consequence, the existence and value of this ancient document should have been known by the ancient Christians, then why it is not mentioned by any of the Fathers, or by Jerome the translator of the Latin version?

The hypothesis of the ‘Q’ document is still an interesting idea, specially since it is a fact that the four gospels are anonymous. Certainly, whoever wrote these documents that enjoy the highest value in our religion, must have had access to common sources considered authoritative, whether from one, or many others with the same common contain between them all.

This idea does not attempt by itself at all, against the inspiration of Scripture; but it does diminish their value in placing them under a ‘traditional origin’ and not from an apostolic one.

One of the core beliefs of Christianity, is the true apostolic origin of the gospels we have today. Even though we know that there are only copies of copies, we believe these to reflect what originally was passed on first-hand from the original apostles or their immediate assistants under their scrutiny. There is not other way to grant total reliance on the New Testament, saved the conviction to be true records of first-hand witnesses (Jn 19:35; 21:24; 1Jn 1:1-2; Heb 2:3; 2Pe 1:16). If all we have were only non-apostolic records based on tradition, the teachings of Christianity would be subjected to doubtfulness due to their third hand origin, giving way to sectarism, unbelief, and total undermine of our faith.

The ‘Q’ source is an idea that has some ground, but it lacks consistency to be considered real. Most probably the original apostolic documents were passed on to churches, and later generations made their own copies the best they could based not on tradition, but on this four sources, and from them all, we have come to have the versions we have this day, which reflect this way, those four sources all ancient copies referred to in their codices.